THE PREGNANT girlfriend of missing RAF airman Corrie McKeague has shared a heartbreaking photograph of the couple together in one of their favourite spots.

April Oliver shared a selfie showing the pair, smiling away while sat in a convertible, writing: “I miss you every second of every day.”

The 21-year-old found out she was expecting just two weeks after the 23-year-old disappeared in September last year.

The young couple had met on a dating site and had only been together for around five months before he went missing almost six months ago. 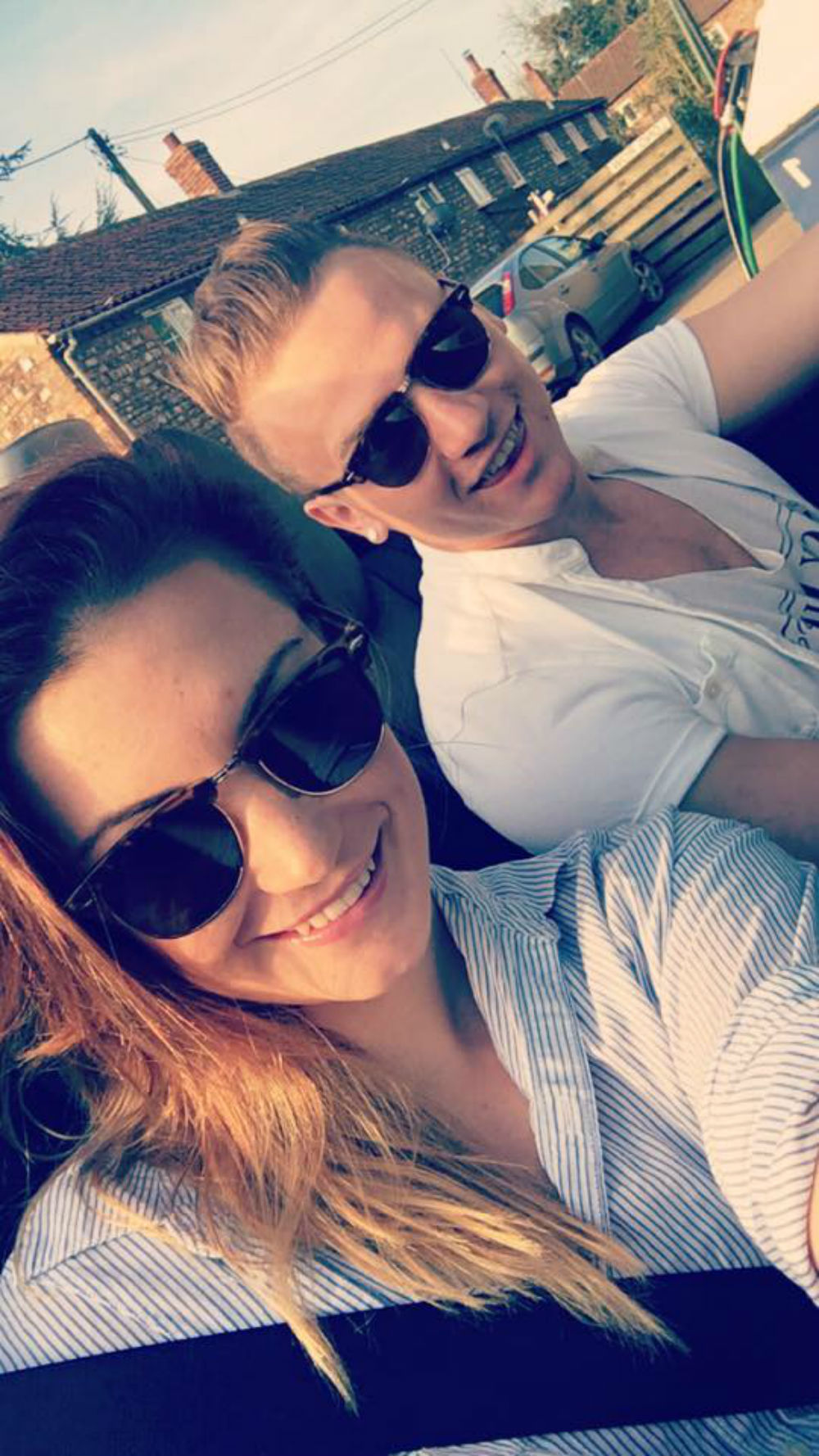 She announcing her pregnancy, April has kept quiet but last night shared the image with the 125,000 members on Corrie’s missing page.

But following the news yesterday that police were “confident” they will find Corrie’s body at a landfill site, April decided to share the never before seen photograph.

Alongside the couple pictured smiling together while sat in a car, she said: “One of our favourite places to be was on the north Norfolk coast with the roof down, singing silly songs, and walking the dogs.

“I’d do anything to be back there. I miss you Corrie every second of the day and night.

“I’ve not posted before, partly because I’ve never felt I had the right words and also because I’ve had a lot of changes.

“But I wanted to thank every single member on this page from the bottom of my heart for all the love and support you have given.

“The past months have been incredibly emotional and the support has been utterly amazing, and abled us to get answers we need.” 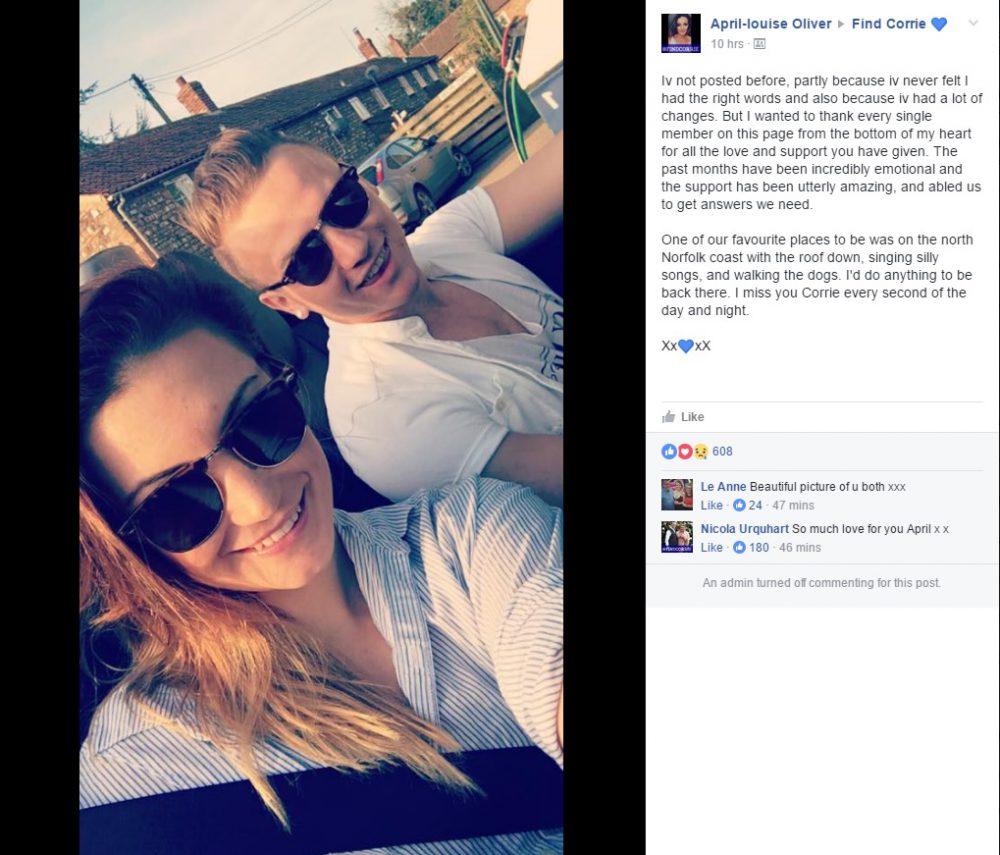 Corrie’s devastated mother, Nicola Urquhart commented on the image “So much love for you April” before turning comments off.

However, hundreds of supporters have taken to the image to like the photograph with many sharing sad face emojis.

Shortly after announcing her pregnancy, Corrie’s mother revealed the couple were members of a swinging site following online speculation.

Instead of weighing 11kg as recorded, the bin actually weighed 100kg – highlighting a 14 stone error.

The landfill site is also close to where the RAF gunner’s phone was last tracked five months ago.

Corrie’s mother has since said this can “only mean one thing”.

Earlier this month Haydn Stephens, an ex police officer, was arrested accused of perverting the course of justice.

Mr Stephens, who worked for Biffa, the firm responsible for picks up in the area corrie went missing, was later released on bail.