A HEARTBROKEN farmer has shared horrific images which shows the scenes of devastation after 32 of his sheep died as a result of a horrific dog attack.

David Morrison, of Dalwyne Blackies farm in Girvan, South Ayrshire, found two dogs standing over one of his ewes on Monday morning when he went to feed his stock.

A trail of the dead ewes marked the progress of the attack, as the dogs bared their teeth, whilst one tried to attack David on his quadbike.

15 of his flock were already dead as a result of the attack whilst a further 17 were so badly injured that David had to hold them in his arms as they were put down. 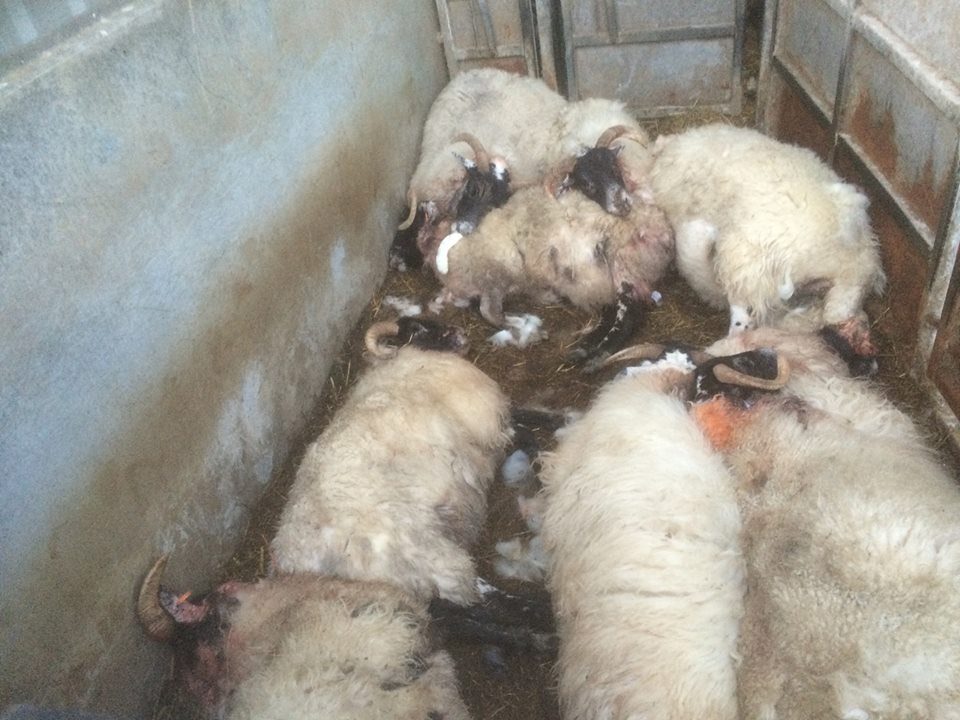 It’s estimated that the attack has caused upwards of £60,000 worth of damage as well as the emotional trauma David felt at seeing the bloodied bodies of the sheep he has reared since they were born.

Posting on Facebook, David shared the distressing images with the caption: “Topped Lanark last week, got our ewes ripped to shreds this week.

“14 killed, another 11 had to be put down by the vet and another 15 wounded. God knows how many will abort or have dead lambs.

“So irresponsible dog owners keep your f*****g dog on a lead. My heart is bloody broken, having to gather up dead ewes, and hold ewes while the vet has to put them down. 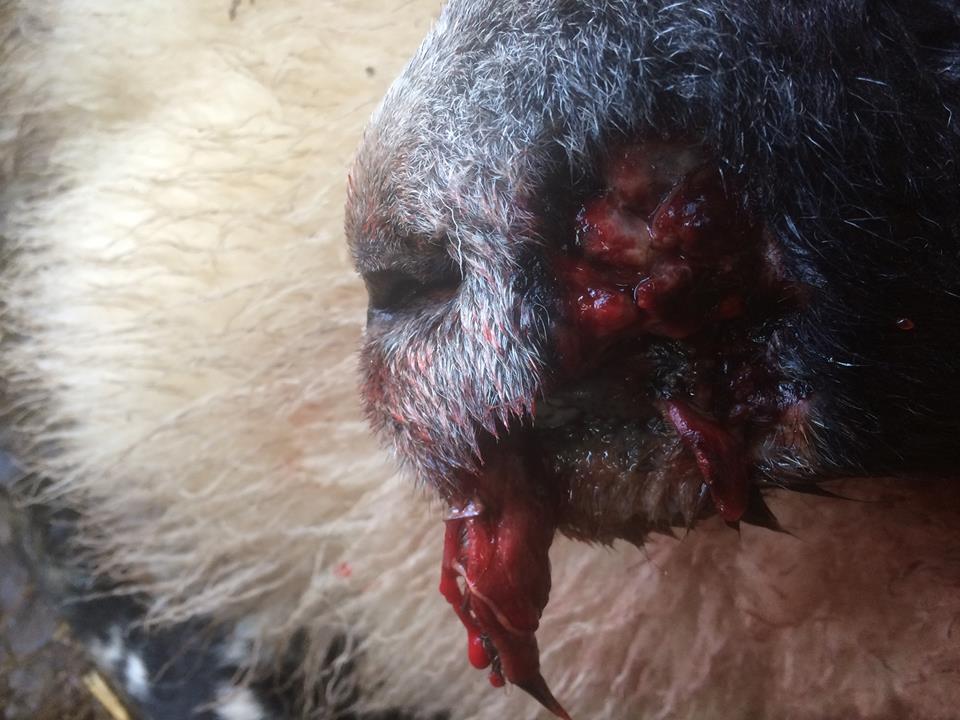 “There’s a lot more I could say but the words are not appropriate.”

The shocking images show the sheep covered in blood, some with large chunks taken from their bodies whilst one appears to have had its eye gouged out in the attack.

Other particularly distressing pictures show the dead sheep piled in the barn following the vicious attack.

In a separate post on Facebook, David added: “I found two dogs standing over a ewe they had killed. One bared it’s teeth at me and the other tried to attack me on the quad bike. 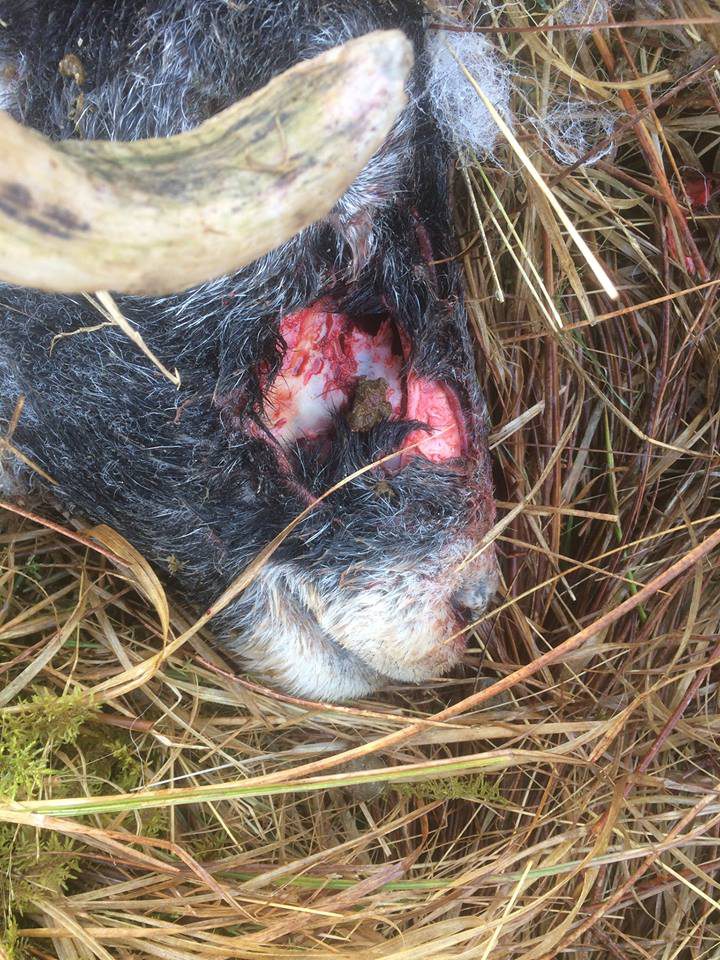 “If i hadn’t been on the quad i really think that i’d of been lying on the hill along with my dead ewes.

“If someone had been out walking they too probably would of been attacked.

“These two brutes can jump fences like race horses and took off like the bat out of hell after they were shot at.

“So folks it was not badgers or foxes and have a bit of sense, badgers and foxes will both kill young lambs but not fully grown adult sheep.”

Speaking today David said: “I’m devastated. The sheep were worth anything upwards of £60,000 but it’s not just about the money.

“We’ve built up our flock over many years and they can’t just be replaced. It is also the long-term loss of income in the years to come. 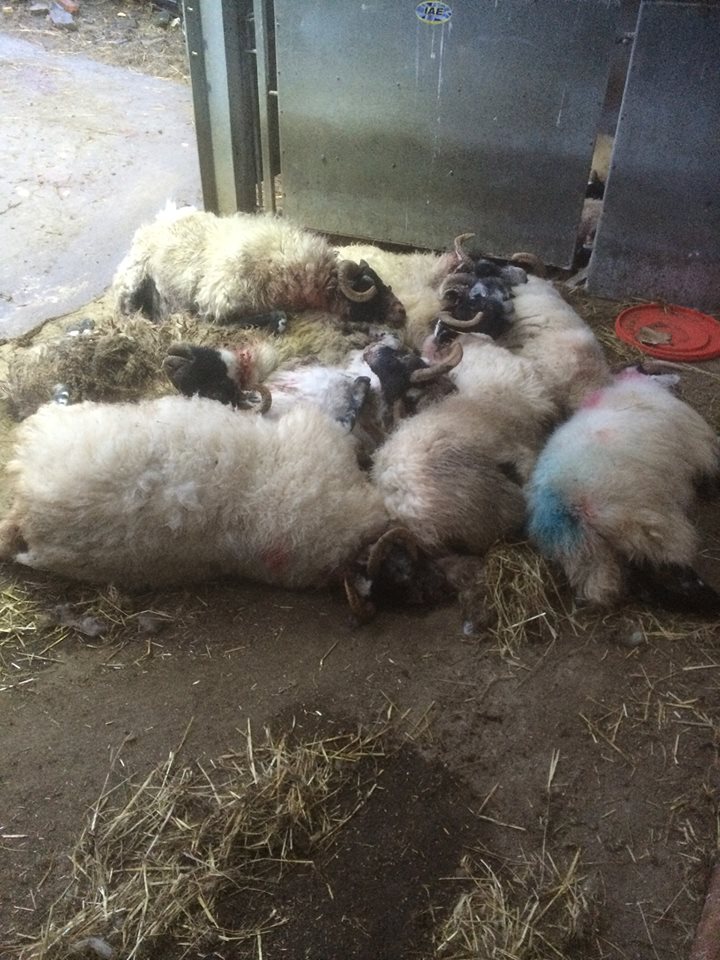 “I really just hope this means the public will keep their dogs on leads and nobody else has to go through what we have.”

A spokesman for the National Farmers’ Union Scotland said: “This is a hugely distressing incident for all involved and it is clear we need to do more to raise awareness of the damage dogs can do when let off the leash.

“Last year saw the highest number of instances from over the last seven years of livestock worrying and we need dog owners to take heed of our warnings, to keep dogs on lead and under their control avoiding fields with livestock where possible and taking an alternative route.”

Police today confirmed that they were informed that a number of sheep had been injured and killed by dogs at the farm on Monday morning. 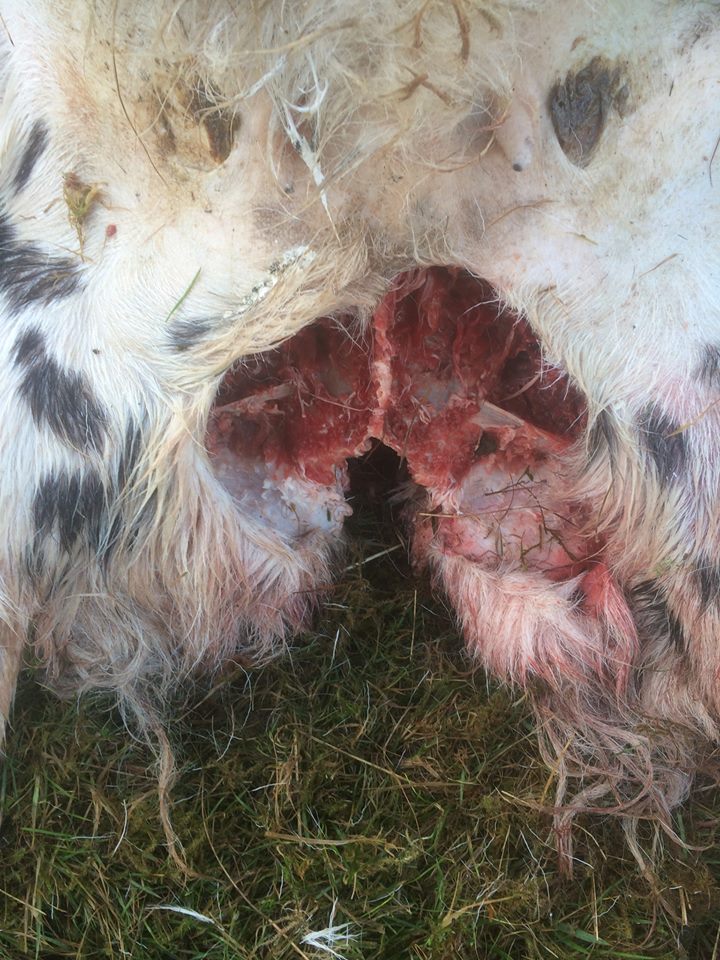 Sergeant Alan McDowall said: “I would advise farmers across the Barr and Straiton areas to continue to be vigilant and to take the usual precautions to protect their livestock.

“We are aware that livestock worrying has previously been under-reported and that farmers can be reluctant to contact police. This is often down to the fact that in many cases where dogs attempt to chase sheep, no physical damage occurs.

“Please do not hesitate to contact us with your concerns. We investigate every reported case of livestock worrying and understand the devastating consequences should these incidents result in the death of livestock.”

“The Scottish Outdoor Access Code says that dogs shouldn’t be taken into fields where there are lambs or other young farm animals and I would remind all dog owners to ensure their dogs are under control at all times.