Hibs boss Neil Lennon: “Jason Cummings ‘stupid’ but can be ‘happy’ with his match-winning contribution”

NEIL LENNON has berated match-winner Jason Cummings for the ‘stupid’ red card that threatened to derail Hibs’ 1-0 win over Dundee United in the club’s ‘biggest league game in years’.

But the Easter Road boss has praised the 21-year-old for his stunning goal and display up until his sending off in the closing stages.

Cummings’ brilliant 38th-minute strike sent Hibs nine points clear of Falkirk at the top of the table and 10 above opponents Dundee United. 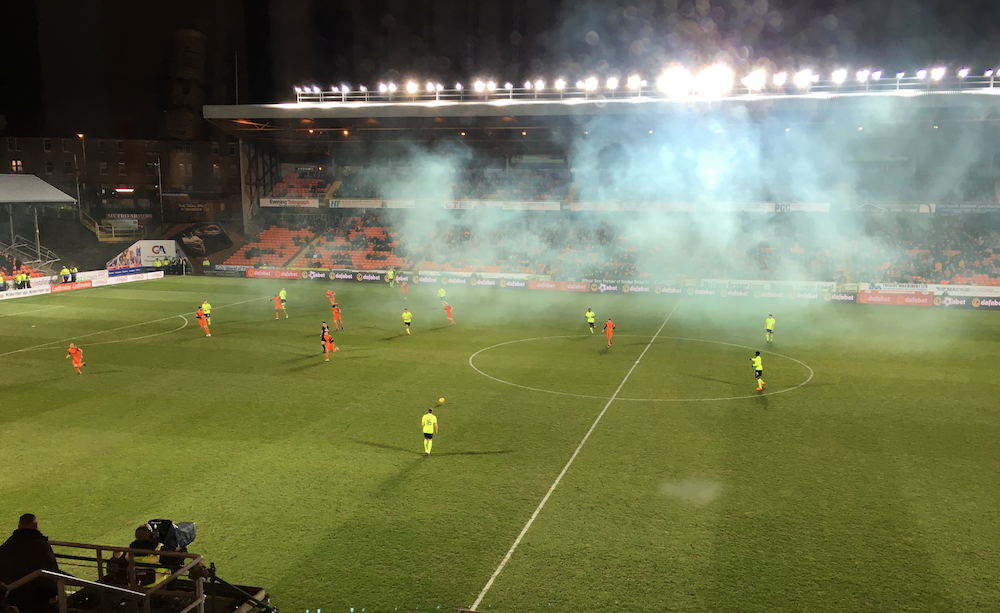 But he then took the shine off a massive night in the title race by being dismissed with 14 minutes remaining for two yellow cards in the space of just three minutes – the second for punching the ball into the net as he dived for a header.

Lennon, who was sent to the stand in the 90th minute, said Cummings, whose first caution was for throwing the ball away, was full of regret afterwards and would have to learn his lesson.

But he was thrilled with the striker’s goal-scoring display, as the youngster became the first Hibs player since the legendary Joe Baker nearly 60 years ago to score 20 or more goals in three consecutive seasons.

The Hibs boss said: “Jason was stupid and he knows that, he’s feeling remorseful – but he’s won me the game.

“He’s let his mates down for the last 10 or fifteen minutes while we were in complete control of the game.

“He’s a young lad and he has to learn, but he’s a great talent. He’s a big-game player.

“He can be happy with his contribution but you can still have a go at him.”

Lennon insisted his side had been ‘disrespected’ in recent weeks as their title rivals tried to rein them in at the top of the Championship.

The Easter Road side have reached the semi-finals of the Scottish Cup but have stuttered in the Championship in recent weeks.

However, their first league victory in five games got their promotion bid firmly back on track with nine games remaining in the campaign.

He added: “I thought we were outstanding and the scoreline flattered Dundee United.

“We have come here, United are unbeaten [at home] and it speaks volumes – it was magnificent.

“I played it down during the week but we knew how massive it was, psychologically, to win here tonight and we’ve done it.

“I felt we’ve not had enough respect lately.

“A few people in the game have said we have been on a bad run, but we’re 10 points clear of our biggest rivals and we’re in a Scottish Cup semi-final.”