Hearts head coach Ian Cathro watched his team collect three points following an emphatic 4-0 victory over Hamilton – then praised the players for not getting stressed.

With Hearts chasing their first win in six matches, the tension inside the stadium was rising after Accies goalkeeper Gary Woods made SEVEN saves during a one-sided first half.

But Arnaud Djoum scored with the last kick of the opening 45 minutes before Isma Goncalves, Jamie Walker and Malaury Martin found the net after the break. 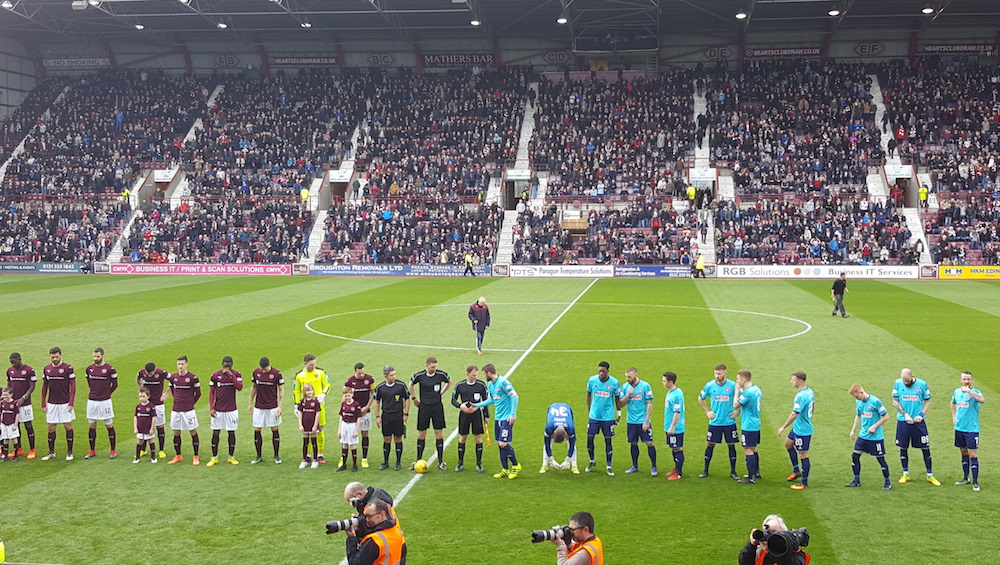 Cathro said: “Today the most pleasing aspect was the character, the calmness of the team in the first half because we were playing well, we were dominant and there was good football, there was attacks and lots of good saves.

“It could have reached a point in the moment that we’re in that we start to feel stressed, start to feel that anxiety – tension starts to build.

“But it didn’t, we stayed strong, stayed calm and we dealt with it every well.

“We more than deserved the goal before half-time.

“Was there relief when the goal went in? Yes. It’s one of those things that you’re hoping football rewards the work that goes on on the pitch and I think long-term that’s the case.”

Asked if it was the team’s best performance under his stewardship, Cathro added: “No I wouldn’t say that.

“We’ve had other games that we’ve also been dominant, played well and had a lot of attacks. Some parts of the games have gone against us and those games have been negative results, like Ross County and Inverness.

“Today maybe we were a little bit better, a little bit stronger, a bit quicker – but not a massive difference. We know there’s been gradual progress.”