And Gallagher reckons the whistler was right not to award Celtic a late penalty, despite insisting he believes Clint Hill fouled Leigh Griffiths in the box.

Celtic manager Brendan Rodgers insists his side were denied a ‘clear penalty’ in the closing stages of the 1-1 draw at Parkhead, with Madden also criticised for allowing Jason Holt to get away with a lunging scissors challenge on Mikael Lustig. 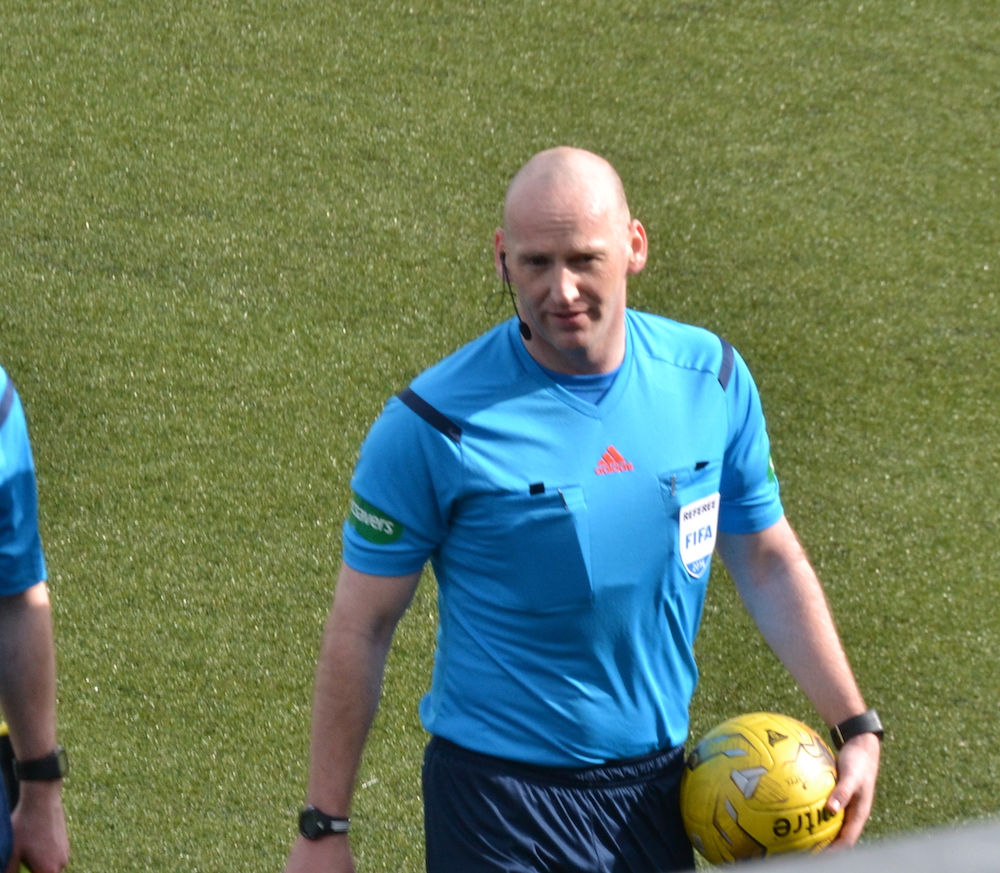 But Gallagher, who officiated in the English Premier League for 15 years and was FIFA listed for eight years, was full of praise for 38-year-old Madden.

He said: “I thought, for his first Old Firm game, the ref did brilliantly, I really did.

“He kept his nerve, he booked players at the right times.

“It was so easy to hook yellow cards out left, right and centre, which he didn’t do.

“It was a ferocious game at times and it was a great game to watch, because the referee took part in it, and took part as an equal.”

Hill may have confessed to Rodgers afterwards that he ‘got away with it’ when not being penalised for his challenge on Griffiths, but Gallagher agreed with Madden’s decision not to award a spot-kick.

Speaking to Sky Sports, he added: “I think it was a foul. But he [Madden] can’t see, he has no idea if he has played the ball or not.

“The problem the referee has got is he can only give a penalty if he’s convinced it’s a foul.

“And he can’t be convinced. I feel for him.