But he insists no-one can ‘have a go’ at the free-scoring striker because yet again he proved to be the club’s match-winner.

Shinnie’s defence-splitting pass set up Cummings for his 20th of the season in Friday night’s 1-0 victory. 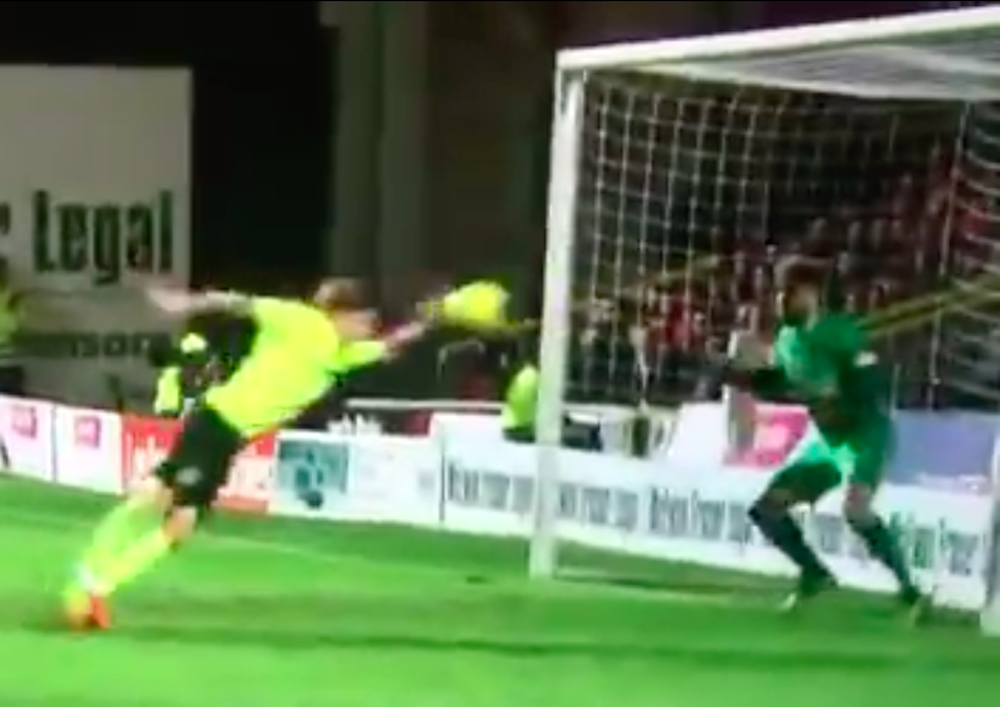 It made the 21-year-old the first Hibs player to score 20 or more in three consecutive seasons since the legendary Joe Baker in the 1950s.

Cummings took the shine off a potentially pivotal night for the Easter Road outfit when, just three minutes after being booked for throwing the ball away, he punched the ball into the net to earn a red card.

With 15 minutes remaining, it gave United – themselves down to 10 men because of Lewis Toshney’s dismissal in the 32nd minute – heart in the closing stages.

But, with Cummings’ moment of stupidity not costing Hibs, Shinnie believes no-one can be too hard on the marksman because of his importance to the club’s title charge.

He said: “It was a great goal. I knocked it over the top and you always fancy Jason when he is one-on-one, and he’s smashed it into the net and got us the win.

“He is always someone we can rely on. He is a big-game player and gets us goals when we need them.

“He could have ended up costing us in the end but we’ll let him off.

“He made it a bit difficult for us near the end but no-one can have a go at him because he has been unbelievable for us this season; we wouldn’t be where we are without him.

“He’ll miss the next game, which is unfortunate for him but he’s won us this one which was important.

“It’s just Jason, he’s a great character. He’s not your normal, regular footballer, he has something about him.

“It was a bit annoying when it happened because we were comfortable in the game. We were in control and they weren’t causing us any trouble,

“It gave them and their fans a bit of a lift, but it didn’t cost  us in the end.”

Manager Neil Lennon revealed after a feisty 90 minutes that he felt his team had been ‘disrespected’ following an indifferent recent run that still left them in the Scottish Cup semi-final against Aberdeen and top of the Championship.

Shinnie added: “He mentioned it a bit, but he used it to motivate us in a way.

“There’s ways of motivating, to get yourself up for games and if people don’t respect us or give us credit we don’t care, we just get on with it.

“We are a team and the main thing is for us to be promoted this year.”