Hibs legend Pat Stanton: ‘Jason Cummings should be pleased to be up there with my hero Joe Baker’

HIBS legend Pat Stanton insists Jason Cummings should be bursting with pride after matching a goal-scoring record dating back to the iconic Joe Baker.

Cummings’ match-winning strike in Friday’s 1-0 win over Dundee United made him the first Hibs player to net 20 times or more in three consecutive seasons since Baker in his pomp in the late 1950s.

Stanton idolised Baker from the Easter Road terraces as a boy and went on to play alongside his hero during the striker’s second spell at the club in the early ‘70s. 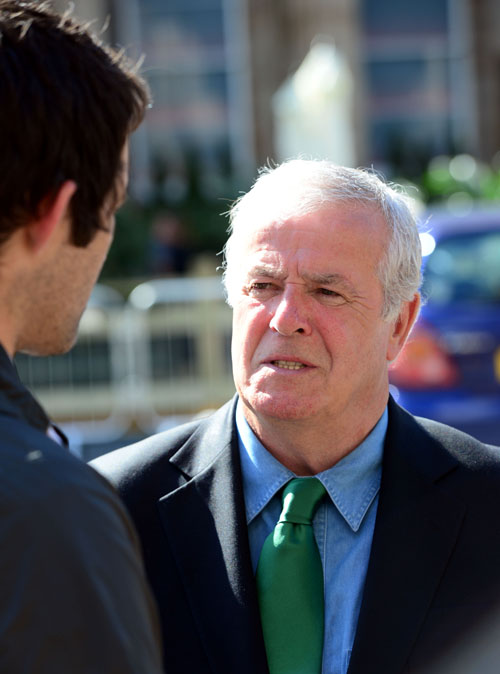 And he believes Cummings should be thrilled to have replicated the prolific rates of one of Hibs’ greatest-ever players, who went on to join Torino, Arsenal, Nottingham Forest and Sunderland, as well as play for England.

Stanton told @CCP_sport: “Joe was my hero when I was watching as a supporter and years later when I joined the Hibs and Joe came back to the club it was a thrill to train and play with him.

“He was a terrific player and sometimes your idols can turn out to be a wee bit of a disappointment.

“But certainly Joe was everything I expected. He was a nice man and a great player.

“I think if Jason had been lucky enough to see Joe Baker playing in his prime then he would be pleased with himself.

“So, it’s some achievement for Jason and he should be really proud of himself for doing that. It takes a wee bit of doing to do it consistently over three seasons.”

Stanton believes Cummings’ feat is made all the sweeter because of the special attention he now gets from opposition defences.

Having bagged 21 goals in his first full season as a professional footballer and 25 last term, the 21-year-old has at least 10 more games left to target his highest-ever tally.

However, with Davie Moyes said to be running the rule over the youngster at Tannadice on Friday, and Hibs having turned down a £1.7 million from Peterborough United last summer, Stanton reckons Neil Lennon could face a fight to hang on to the top scorer at the end of the campaign.

He added: “Goal-scorers are hard to find but here’s a guy who over three seasons has produced the goods.

“It’s only natural that other people will be watching him and saying ‘here’s a goal-scorer’. Every team can do with a goal-scorer.

“You see some players who leave too soon. Teams come in for them and maybe they’re not quite ready to go and it doesn’t work out the way they hoped.

“But he’s a young man with ambition and it’ll be down to him. People might ask him to hang on and have another season but it might be hard to sell him that at times.

“Young men are anxious to get out there and get on with it and you can understand that. The chance might not come again.

“And if big bids come in then the club itself has to seriously look at it as well.”