A DOG that thinks it’s a monkey has been filmed hitching a lift on its owner’s back – as he cycles a bike.

The lovable pooch is shown in the clip peeking over Carl’s shoulder while clutching onto his back as the pair prepared for a bike ride last Saturday.

Elvis can then be seen barely budging as Carl hops on his bike after going for a swim at Diamond Dog Hydrotherapy Fitness Centre.

The dog is then shown looking slightly dishevelled, as he perches on Carl’s back before cycling off into the distance.

The adorable dog has since become a local celebrity around the area after being spotted numerous times and has even been nicknamed “shoulder dog”.

Lee Westwood, posted the video on Facebook on Sunday, writing: “We had to give him a free swim and bath at Diamond Dog Hydrotherapy Fitness Centre”

David Mackenzie said: “I seen him peddle past with the dog on his shoulder yesterday. I thought i was tripping. Only in Boro.”

Naomi Freeman wrote: “This is cute and scary at the same time.

Natalie Pattison said: “What the actually f*** though. Piggy backing a dog.”

But some people took to the video, concerned for the dogs safety.

Marie Sayer said: “Poor dog. What if it falls off on the road. I’d wear a backpack, put its hind legs in at least.”

Since the video has been getting shared, Carl took to Facebook writing: “Can’t believe my little Mr Elvis has went viral. Hahaha. love it.” 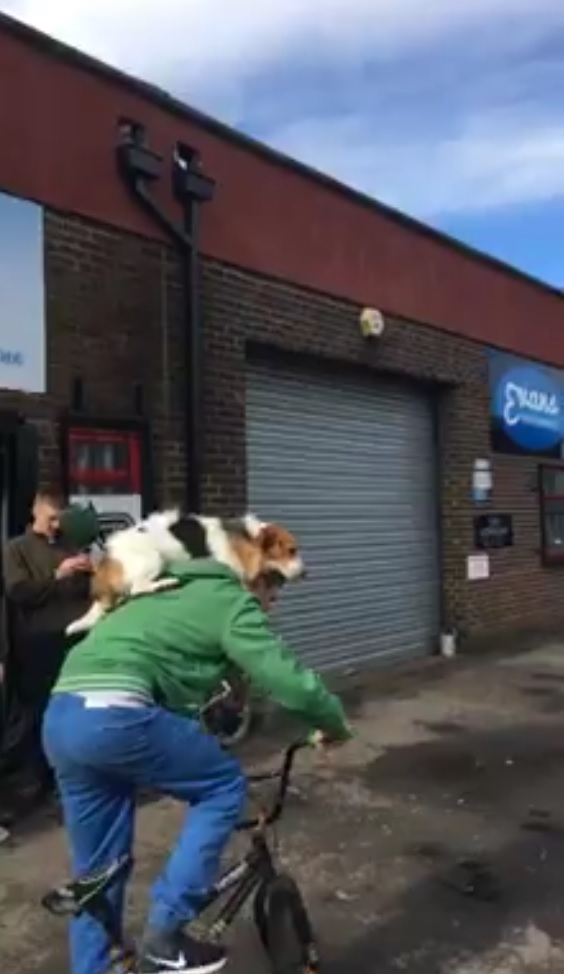 And one of Carl’s friends even suggested the pair go on a talent show.

Speaking today, 31-year-old student Carl said: “He’s two and a half years old and I’ve had him since he was a puppy.

“He was actually the runt out the litter but I see him and was like ‘I’ve got to have him’. 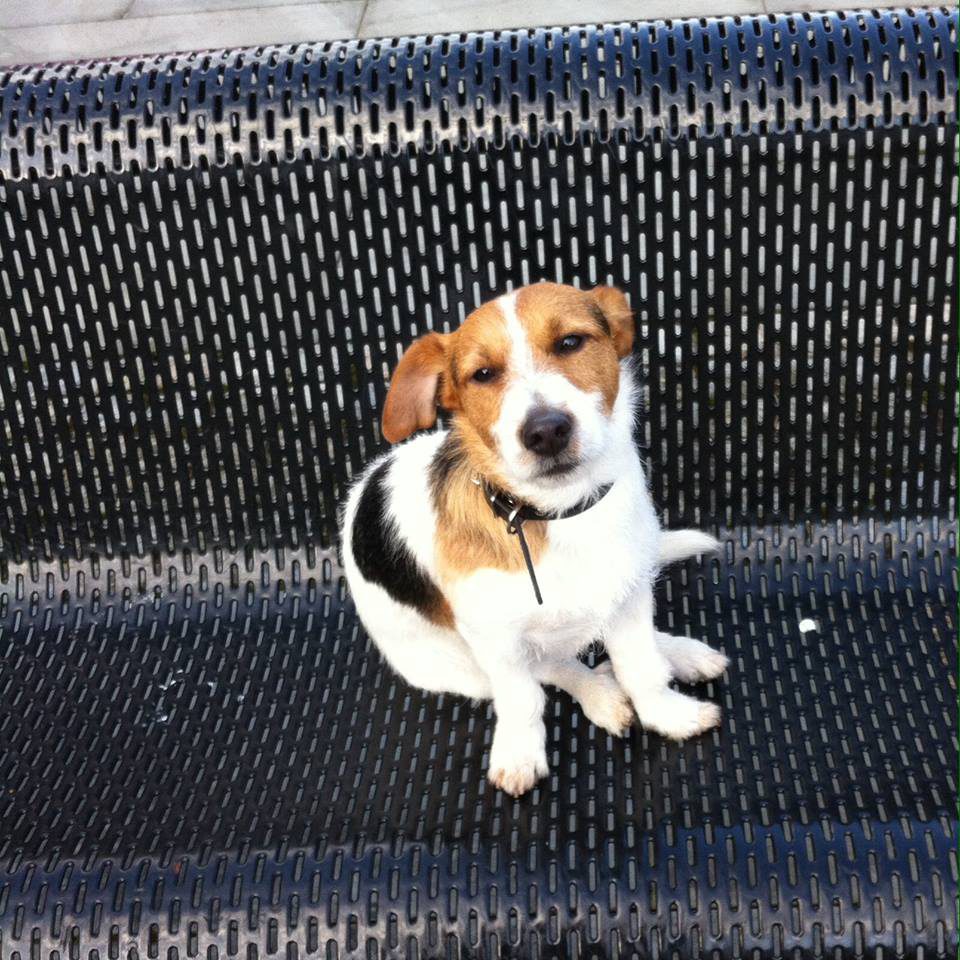 “He’s always liked going on my shoulders, he loves it. He does it when I’m off the bike as well.

“I think it’s because I take him out for walks every day and when he’s been running and gets tired, he will just go on my back then.

“He’s certainly got a good grip. People say ‘does he not strangle you’ but he doesn’t at all, he just grips on well.

“Everyone knows him around here, he’s a great dog and the best thing about it is he’s called Elvis so when I call on him, people are always looking round.
“People are constantly stopping us and taking videos and sending them over to me so he’s a bit of a celebrity round here, I think he’s a bit of a diva and actually prefers it to walking now.”