A BIZARRE video showing a man naked from the waist down while propped against a garden fence in broad daylight has gone viral.

The footage begins with a couple of van men driving through Possilpark in Glasgow listening – appropriately enough – to Ed Sheeran’s Shape of You.

The passenger is filming as the driver can be heard saying “Oh my f****** god. Only in Possil”.

The camera then pans to the left showing a man with his back to the camera clutching a broken metal fence with his legs and bare, rear end on full view.

Wearing just a jacket and trousers around his ankles, the man appears to be intoxicated as he uses the railing to keep himself up.

As the van continues to drive past, the cameraman can be heard retching.

The two men then burst out laughing, while the driver can be seen screwing up his face before the 20 second clip cuts out. 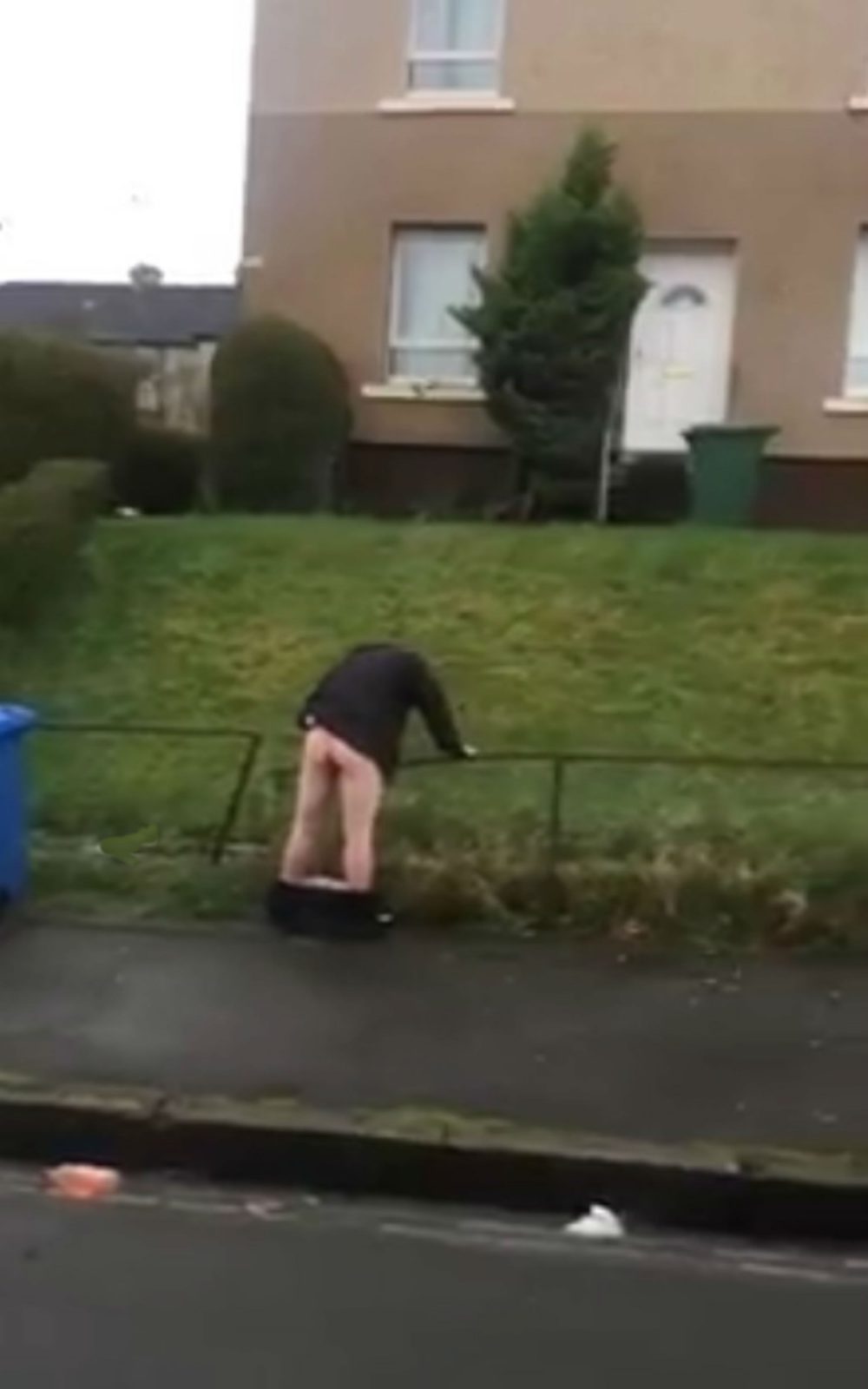 The video, titled “People Make Glasgow. Only in Possil”, has been viewed more than 221,000 times since it was uploaded by Paul Mcfarlane on Saturday morning.

More than 800 social media users have commented on the post with most merely tagging their friends.

Kevin Brown said: “A wee bit of the Donald where`s yer troosers going on there.”