SCOTTISH stunt biker Danny MacAskill has shared a video of his sternest challenge yet – trying to perform tricks while blindfolded.

In the footage, filmed in Glasgow, the 31-year-old tries to bounce between obstacles even though he can’t see a thing.

He loses his balance and ends up falling off his bike, to the delight of his friends who can be heard laughing in the background.

MacAskill, originally from Skye, is then shown trying to hop onto an outdoor seating area.

Once again, he fails to get his bearings and ends up with the bike straddling the corner of the seats instead.

Despite this, the Scot managed to take it on the chin and is shown laughing and smiling at his failed attempts.

The hilarious clip was shared on MacAskill’s Facebook page last night in a video edit showing his latest biking fails. 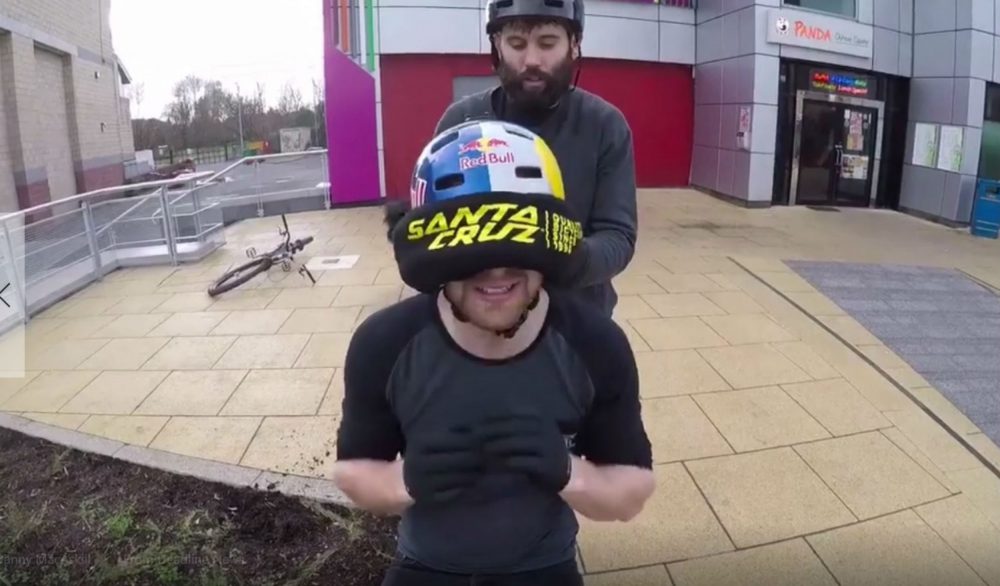 Tagging in one of his friends who filmed the footage, he wrote: “Had a seriously fun ride over the weekend with the boys! Duncan Shaw was on hand with the camera to catch the capers…”

Since being uploaded it has been viewed more than 124,000 times and attracted over 3,000 likes.

MacAskill first shot to fame with a 2009 video filmed on the streets of Edinburgh over several months, which has been viewed over 30 million times.

The footage showed him jumping off roofs, performing a stunt on a tree and riding along spiky railings.

Subsequent films have seen him perform stunts in the mass of damaged buildings and structures in the abandoned town of Epecuen in Argentina, and in Taichung in Japan.