CHARLIE ADAM insists he can take inspiration from the resurrection of Jermain Defoe’s England career as he vowed never to give up on his Scotland hopes.

The Stoke City midfielder earned the last of his 26 caps in a friendly against Qatar in June 2015 and has previously suggested his ‘face doesn’t fit’ in Gordon Strachan’s national set-up.

However, the former Rangers and Liverpool playmaker is adamant he still retains Scotland aspirations and reckons Defoe’s opening goal against Lithuania on Sunday night illustrated how persistence can pay off. 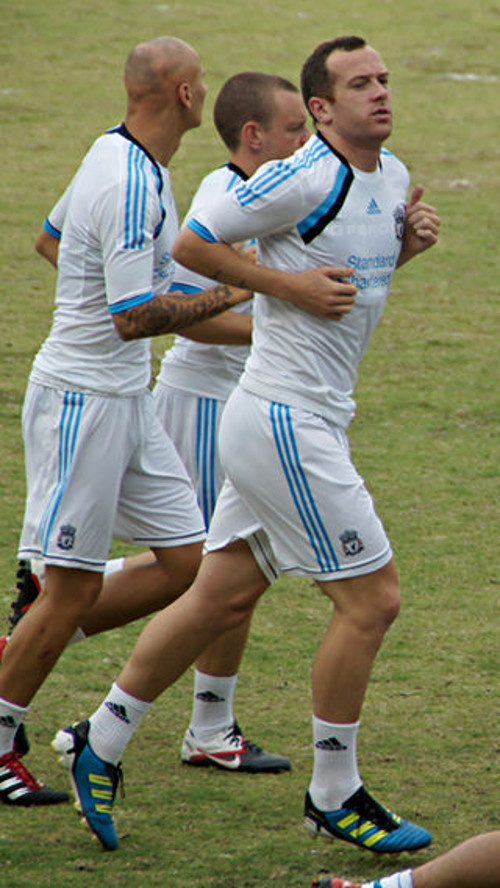 The 34-year-old marksman was recalled by Gareth Southgate following three-and-a-half years in the international wilderness and took just 21 minutes to get back on the scoresheet at Wembley, notching his 20th strike for the Auld Enemy.

“I am disappointed and, at the moment, I think it is more of a case of hope of getting back into the squad,” Adam told talkSPORT. “It is important that the team does as well as they can and, if there is an opportunity for me to get back in, then I’ll be looking forward to it.

“But I’ve not given up hope, you never give up hope. You look at Jermain Defoe for England. He wasn’t getting picked, then he gets that chance and scores. That is how quickly football changes.

“You need the manager to be for you, at the moment he is for other players. That is the way it goes, I respect that decision and I just need to keep going and working hard for Stoke and hope that opportunity comes around again.

“I’ve not had any contact with Gordon [Strachan] for a couple of years now. His focus is on the squad that he has at the moment, and I’ll move on. If it comes then I’ll be delighted and, if not, then I got 26 caps and I can be proud of that.”