The 23-year-old is currently combining training at Livingston and playing on loan at Cowdenbeath with assisting the Hearts under-14s coach, Scott McLennan.

The ex-Scotland under-21 striker is eager to learn the ropes as a coach and insists he jumped at the opportunity to relieve the ‘boredom’ of his down-time as a professional footballer. 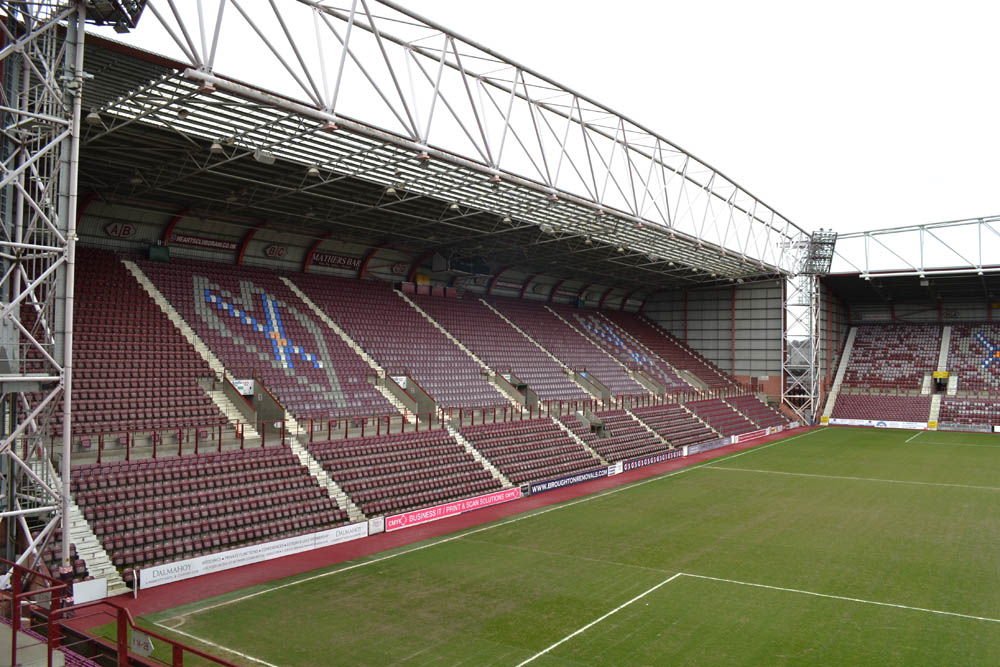 Carrick left Hearts in 2015 after making over 50 appearances for the Jambos and spent last season at Kilmarnock before joining Livi last summer.

He said: “I’m coaching with the Hearts under-14s and I’m starting to really enjoy it.

“I found it hard at the beginning, because I’m on the other side of it and I was used to being told how to do things.

“Now, I’m trying to simplify it and pass it on to the younger kids, which I’m starting to enjoy and starting to get benefits from myself.

“When I was with the Hearts under-19s under Darren Murray, most of the boys had to do basic coaching courses.

“After I had left Hearts, I continued doing the courses and Alan White, the SFA community coach at Hearts, kept my name in and about with Craig Levein and said there was the potential for me to pair up with someone at the academy to further my coaching.

“I thought it was a great opportunity and when the offer arose in January I was able to take that up.

“I’m working with Scott McLennan. He’s a really good coach coming through and I’ve learned a lot from him.

“Coming home from training, I was getting bored just sitting about doing nothing. I wanted to do something productive that could maybe lead on to something later on and I’m enjoying it.”