Super-lightweight fighter Taylor stopped South African Warren Joubert in the sixth round at Meadowbank last Friday evening in the first defence of his title.

The manner of that victory has again raised the question of whether Taylor and Ricky Burns can get together for a mouth-watering all Scottish showdown. 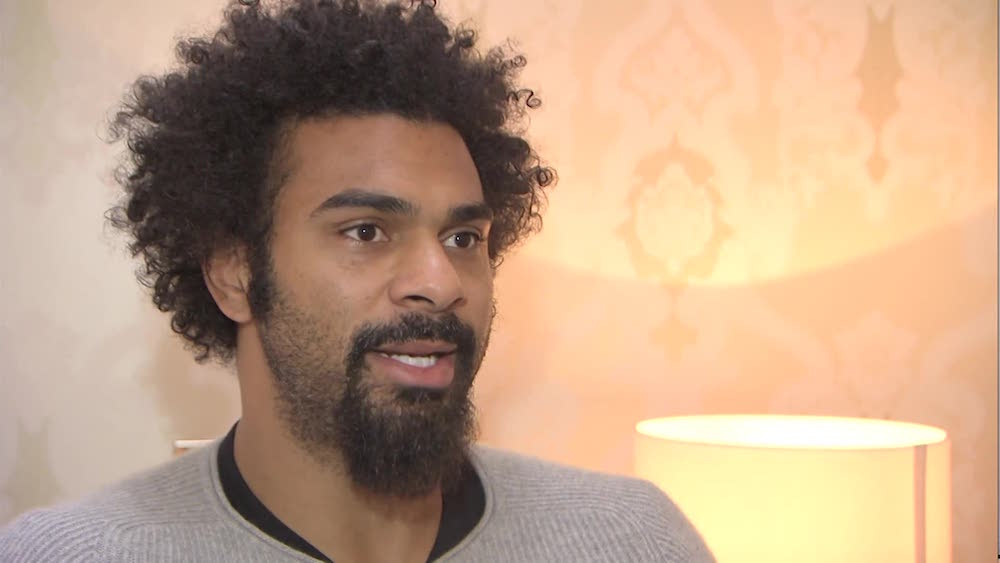 Haye and Taylor are both trained by Shane McGuigan, fight legend Barry’s son, and the one-time WBA heavyweight champion insists the 26-year-old has all the attributes to become a world beater.

Speaking to Spike TV, Haye, who watched stablemate Taylor from ringside, said: “I’m very excited, he is probably for me one of the best British prospects by far.

“The way he controls the ring, the fact he can throw such fast punches with power as well, it might not look like these combinations don’t have much power in them but believe me, I’ve seen him knocking out sparring partners on regular occasions and this guy for me is the main man.

“He can really go on to do great things in the sport.

Former WBA super featherweight champion Carl Frampton also trains under Shane McGuigan and is in no doubt that Taylor is a world champion in the making.

He said: “He is a fantastic talent and I genuinely believe that he is the best prospect in British boxing at the minute, one of the biggest prospects in world boxing – this kid is an amazing talent and he can go right to the very top.

“When I do my training I like to get out of the gym and get away from boxing, but he is one of the guys I stay around for when he’s sparring. He is so exciting and the way he makes angles when he steps outside the shots, that generates a lot of power.

“Ricky Burns is now coming to the end of his career and Josh Taylor is the guy that can take over from him in Scotland and further afield, Europe and the world. This guy is a special talent.

“I have been singing his praises for a very long time, Josh is someone I know very well. I see him day in day out in the gym and I can see what he can do.”