COMEDIAN Russell Brand has finally found a politician he believes is worth voting for – SNP firebrand Mhairi Black.
The comic famously declared in 2013 that he has “never voted and never will” because he feels “indifference and weariness from the lies of the political class”.
However, yesterday (WED) he declared his support for the 22-year-old SNP politician on Twitter by sharing a video of one of her passionate House of Commons speeches. 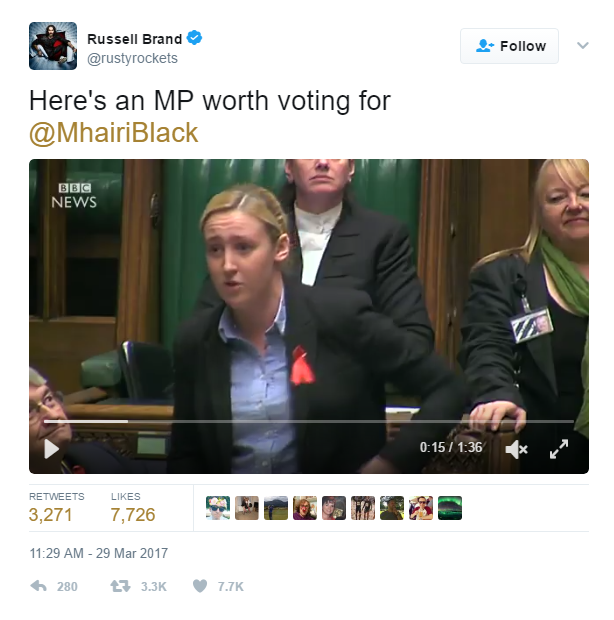 Black was addressing the house to speak about the upgrades promised for Buckingham Palace and Westminster itself, which she branded “a joke” as they “can’t pay pensions”.
This sentiment appeared to resonate with Brand, who tweeted the clip to his 12.2 million followers and wrote: “Here’s an MP worth voting for.”
His tweet has since been retweeted over 3,200 times with a further 7,700 likes and countless more comments.
Brand’s tweet split opinion amongst his followers.
Danny wrote: “Tell that to her constituents who have no regular surgeries to attend.”
Alexander Brown commented: “little embarrassing. Spouting rhetoric in front of a camera and acting like a hip hop star. Aim was for PR.”
But others were impressed, with Louise writing: “This woman is my hero! Future first minister of Scotland! She is everything a MP should be. Bring on indyref2.”
And Simon Alves added: “I think she is class man.” 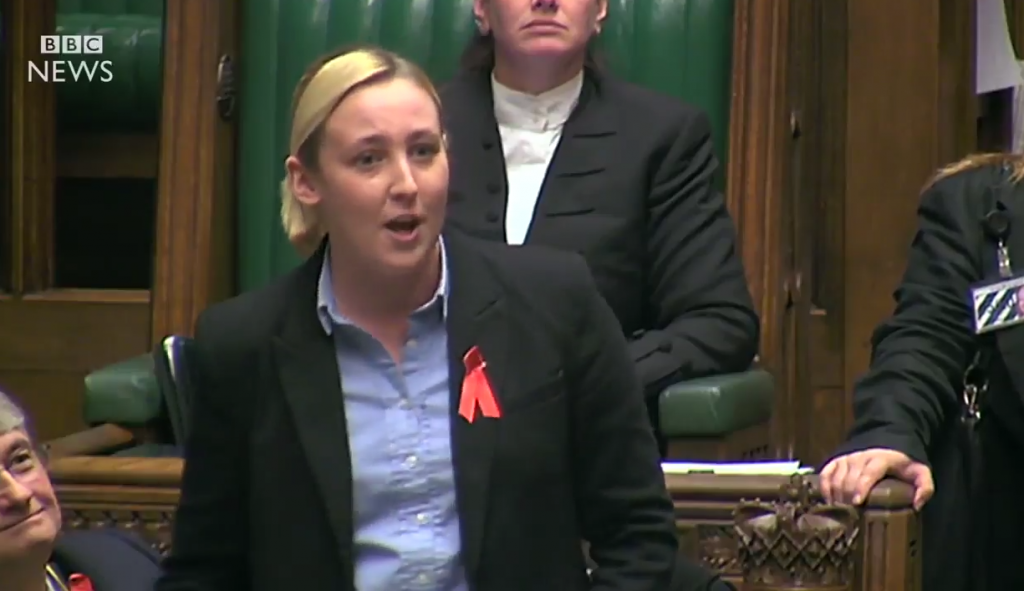 The clip, taken from BBC News, shows Black standing in front of the house and giving a passionate and animated speech.
In it she talks about how she’s “lambasted the government about choosing to bomb Syria instead of paying pensions.”
She then goes on to talk about spending billions on trident and renovations for Westminster before saying there’s now a “new one” and that they can afford to do up the “Queen’s house.”
Black hit the headlines recently after another clip of her in the Commons appeared to show her telling a government minister: “You talk s***e, hen.”
After being known as “Mr Don’t Vote”, Brand urged his fans to back Labour in 2015, citing the importance of getting the Conservative party out of government.
Brand sat down with the then Labour leader Ed Miliband to interview him in a YouTube video which he said convinced him that “this bloke will listen to us.”
Share
Facebook
Twitter
Pinterest
WhatsApp
Linkedin
Previous articleRangers legend Lovenkrands reckons bizarre Ronaldo airport statue looks like him
Next articleMorton boss Jim Duffy angrily refutes Neil Lennon’s “square go” accusation as Hibs fallout continues