DANNY HANDLING insists the prospect of being reunited with former Hibs boss John Hughes was enough to convince him to swap a title party for a relegation scrap.

The 23-year-old has joined Raith Rovers on loan for the rest of the season as he attempts to kick-start his career following a “disastrous” knee injury sustained last summer.

Handling returned to full fitness in January following a gruelling rehabilitation programme, but has been unable to force his way into the plans of the table-topping Hibees. 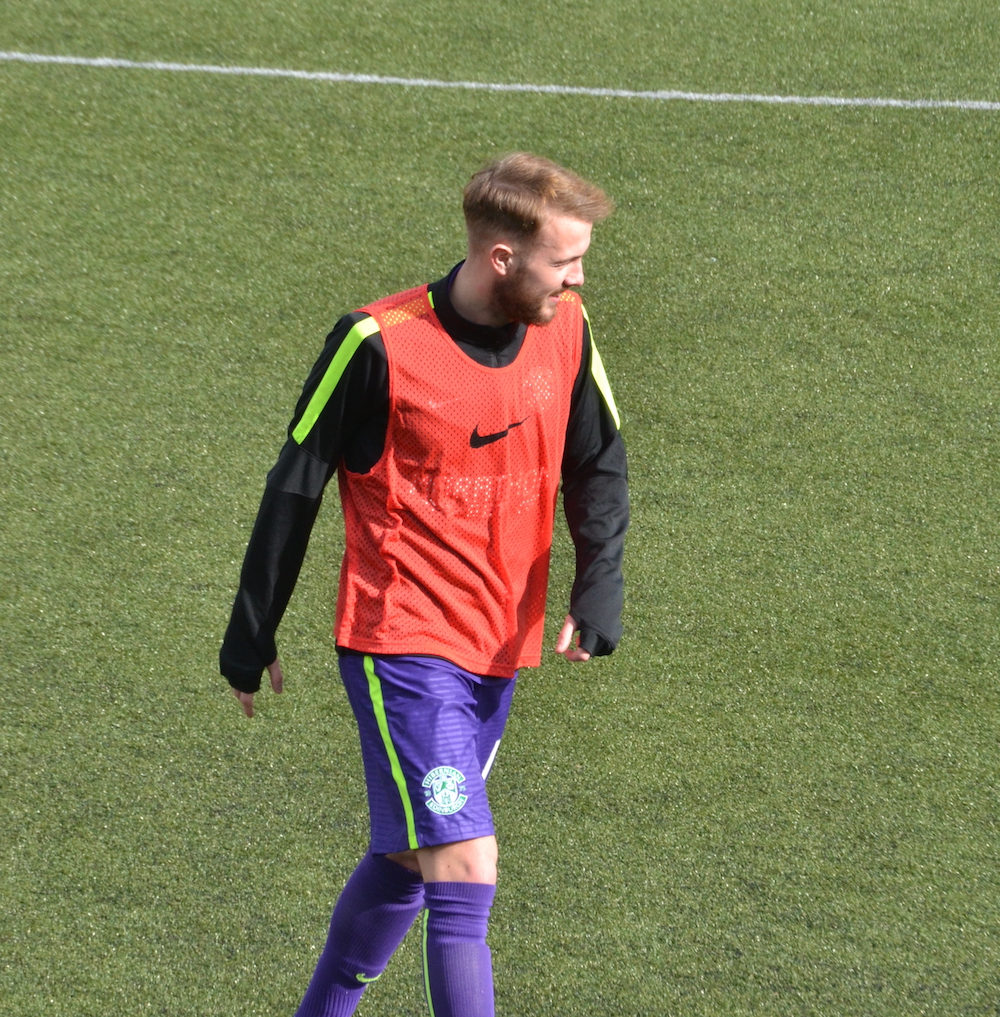 And Hughes, who coached a teenage Handling during his tenure at the helm at Easter Road, wasted no time in signing up the striker as he seeks to boost his firepower in Rovers’ fight for survival.

“There were a few doubts in my mind,” conceded Handling. “Hibs are hopefully going to win the league, so I’ve swapped that for a relegation fight – but I was prepared to do that.

“I know the manager here and I get on well with him. I was in the under-19 squad when [Hughes] was manager at Hibs but I was one of the boys who would train with the first-team.

“I knew [Raith assistant] Kevin McBride very well too, so the chance to work with the two of them was too good to turn down. They wanted to work with me, so I was delighted to have the chance.”

Handling made his debut for Rovers as a half-time substitute during Saturday’s 1-0 defeat against Falkirk – remarkably, his first competitive appearance since he turned out for Hibs in a 4-1 win over Alloa in April 2015.

“I was on the bench for Hibs’ Brondby [Europa League] game at home then, in the next training session, I tore the cartilage in my right knee,” he recalled. “It’s been kind of disastrous from there.

“I’ve been back training for the last couple of months now and I’ve been playing under-20s games, but I won’t get back to the standard I want to be by playing development games.

“It’s was two years since I’ve been in first-team action. I’ve been back and forth on the bench but never actually got on the pitch. I was on the bench for Hibs against Falkirk recently and then was in the stand a game later. So, I thought ‘this isn’t happening for me’.”

He smiled: “I was blowing out there on Saturday! But I’m getting there. It’s going to take me one or two games to find my feet, but I’m looking forward to the challenge.”

Handling’s first start for Raith could be a baptism of fire on Saturday, with a mouth-watering Fife derby against Dunfermline on the horizon.

The fiery fixture is even more pivotal by Rovers’ precarious position, just two points above the relegation playoff position.

“I have no doubts the management team can get us out of this position,” he said defiantly. “We’re not in the worst position but it could be a lot, lot better. We have to keep going, keep our heads down and keep working hard, and I’m sure we’ll get results.”