In the side-splitting clip, uploaded by fellow actress Jade Olivia Gordon, Olsen can be seen reading the list of phrases – including “baws” – from a screen and cracking up laughing.

Olsen is in Scotland filming the latest Avengers film, and has clearly taken the opportunity to get familiar with the local dialect.

At the start of the minute-long video, the actress can be seen saying: “She gobbled that jibby-jabber” before laughing uncontrollably.

After a few seconds, she looks down at her phone and says “baws – that’s testicles.” She then repeats “baws” again before sniggering at the sound of the word.

Olsen’s pronunciation of the words comes out more like “bozz”.

She repeats the phrase several times, with a unidentified male in the background trying to help her refine her accent, before eventually saying “bawbag” and then, with a heavy Scottish accent, “scrotum”.

Things go even further downhill as a male in the background asks her to say the very offensive term “jobby jabber”. Olson obliges before the man off camera points out: “That’s derogatory.” 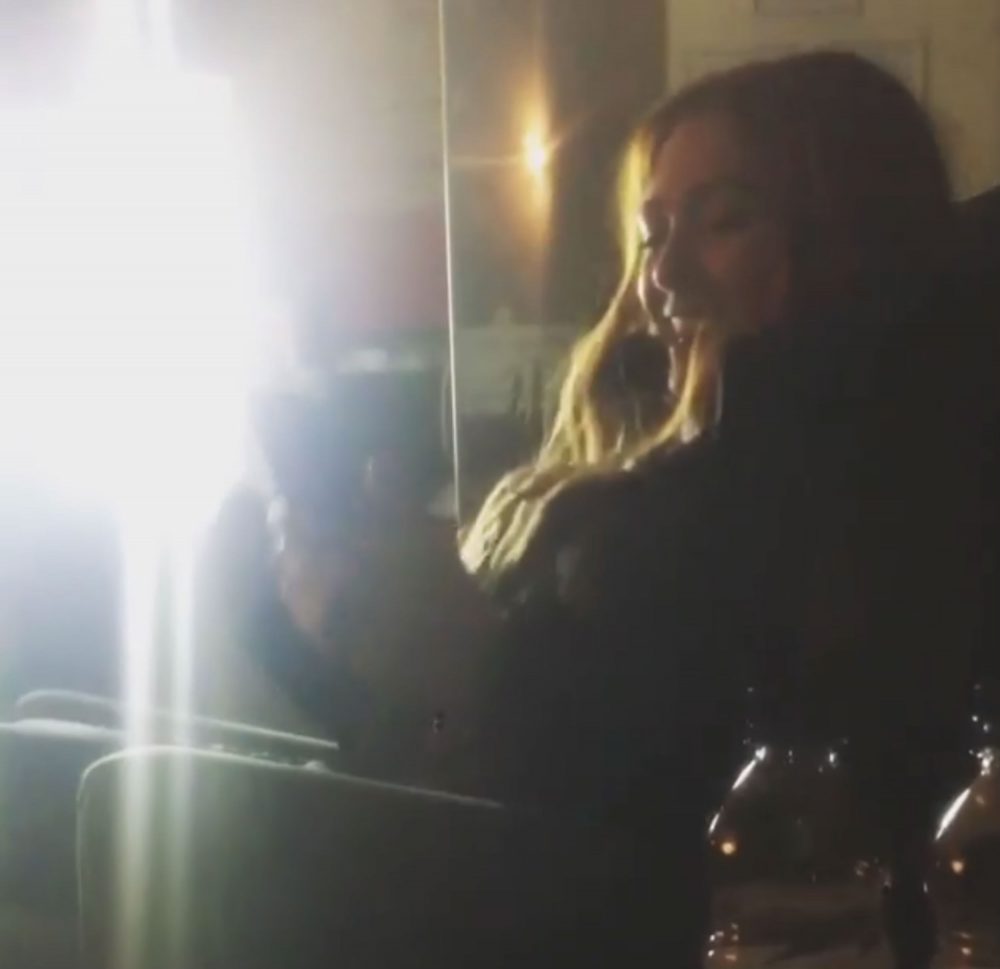 Back in her own American accent she asks: “What’s the other one? What’s farts again? Beige?”

She is then corrected to “air beige” by the others around her, before repeating the phrase and adding: “Bizo – I mean bizo. That’s business.”

The hilarious clip was uploaded to Instagram by Gordon on Tuesday with the caption: “2am Scottish slang with Elizabeth Olsen.”

Scots have reacted with delight to the clip, but ridiculed the attempt at the Scots accent.

A user known as Annie PC said: “As a Scottish person this has brightened my day.”

Another called nameless_ddd added: “This is so cute.”

Olsen who plays Scarlet Witch in the series, has been staying in the Scottish capital for the past week, and was seen entering the Balmoral Hotel in mid-week.

At the weekend, a stunning clip showing a yellow truck exploding on the Royal Mile as part of an action sequence went viral online.