A SCOTS mum has been filmed having a hysterical meltdown and screaming the house down during her first fish spa pedicure.

Linda Hood wailed so loudly during the treatment on holiday in Tenerife that she attracted a large crowd of curious onlookers.

The 52-year-old from Easterhouse, Glasgow, even got a voucher for a discounted treatment because she attracted so many new customers to the salon in Las Americas.

Linda is seen in a hilarious video of the experience screaming and wriggling as a mass of tiny fish nibble away at her ankles.

She grabs on to her son, Jonathan, who also had a pedicure and laughs uncontrollably at his mum’s plight.

Linda Hood was just two days into her family holiday Jonathan treated her to the experience which sees fish nibbling at dry skin. 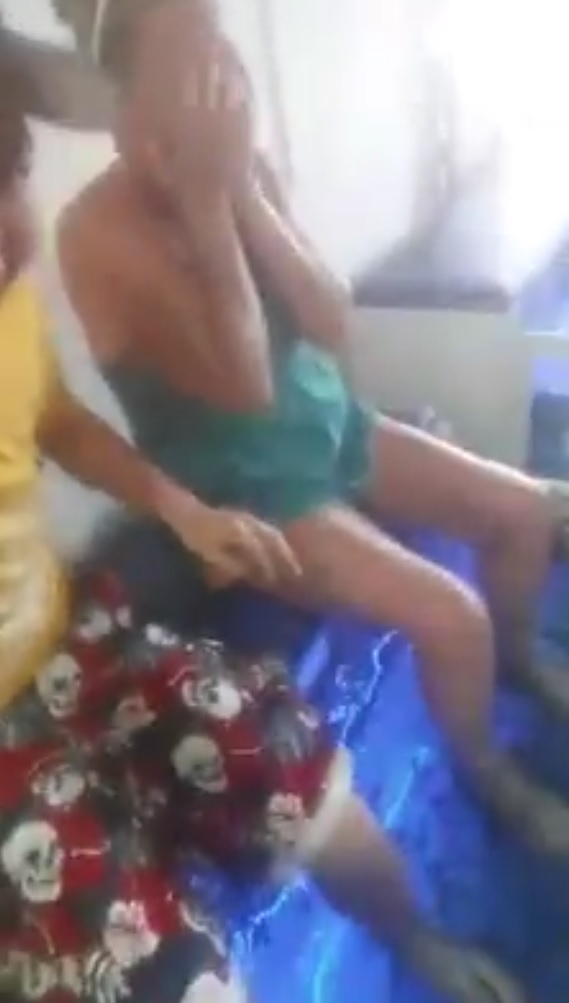 Linda, who is on medication for high blood pressure, hoped the experience would be calming.

But as she began to drop her toes into the water, Linda grabbed her son’s legs and wriggled about she let out a scream.

She tells her son: “Oh, I don’t like that. Jonathan don’t take a picture of this.”

The camera then pans out to shows scores of fish ignoring her son’s feet and latching on to Linda’s ankles.

Jonathan, 29, said: “I definitely wanted to do it and I wanted to get my mum to do it with me because she seen the Real Housewives on TV doing it.

“I talked her into it and started filming to document the experience and once she started screaming people began to gather outside.

“The owners were all laughing and we brought in some more customers so they told us to come again and gave us a discount.”

He added: “She was in shock because of the feeling and sight of all the fish just leeching onto her feet. She says she didn’t notice anyone else but she’s happy with the results.”

“I think the video is hilarious but I’m embarrassed at how petrified I was.”

She added: “I didn’t realise Jonathan was laughing at me while I was going through it all but I can see the funny side and was pleased with the results of the fish.

“I thought would be calming experience but think it blew my blood pressure which am on tablets for. It was all good fun.”

The video has gone down a storm on social media with one viewer, Karen Reid, writing: “That’s hilarious. She’s getting herself in such a state.”