A PRANKSTER has become a viral sensation after hacking his friend’s Tinder account – with hilarious results.

Christy White-Spunner began logging into his friend Tom’s account on the popular dating app earlier this year and started messaging girls with bizarre requests and jokes.

In one exchange, the St Andrews University graduate asked a girl Tom had ‘matched’ with, asking her to call him an ambulance, claiming he had broken his ankle in a field. 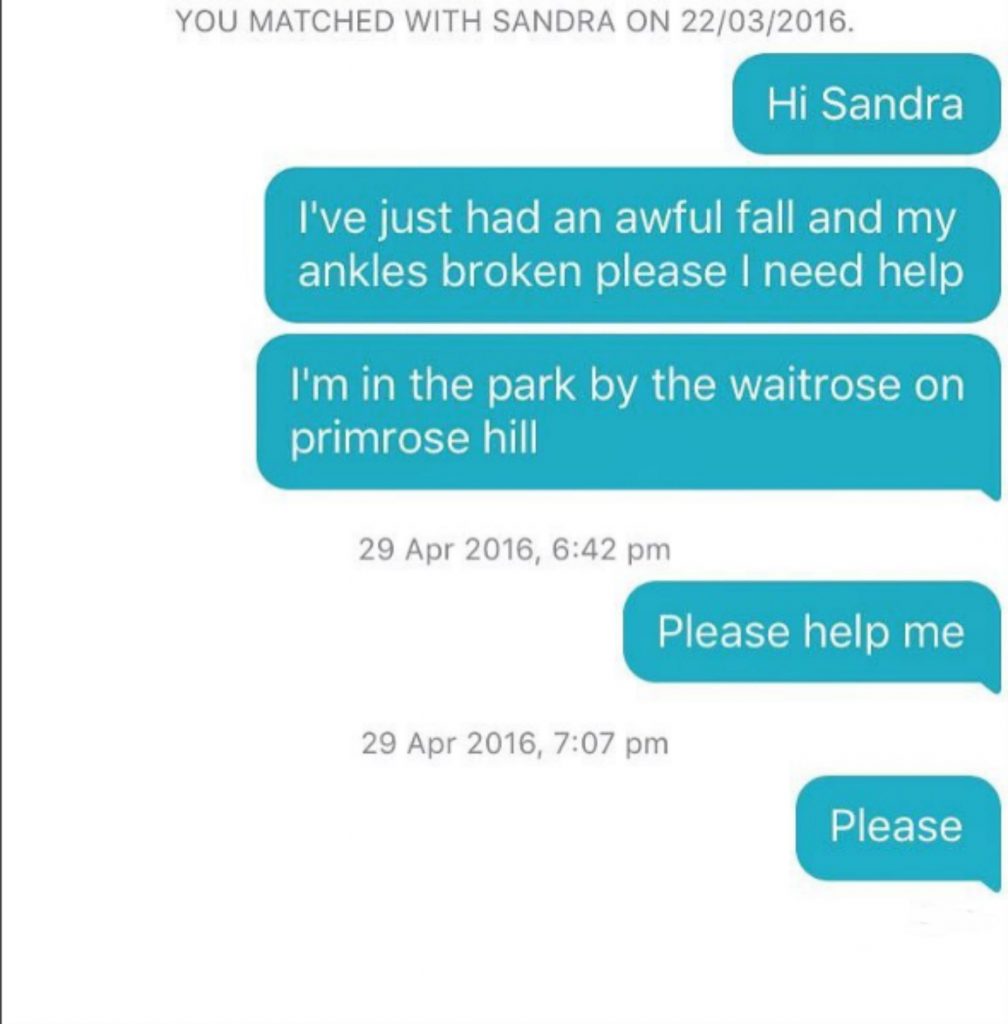 In another, he asked a potential date to sit in his flat, as a plumber was coming to complete essential maintenance works at 6am the next morning.

He has now set up an Instagram account – @HackingTomsTinder – chronicling the replies and reactions he has received.

Christy only started the account 12 weeks ago, but his posts have already attracted hundreds of likes and comments from delighted users. 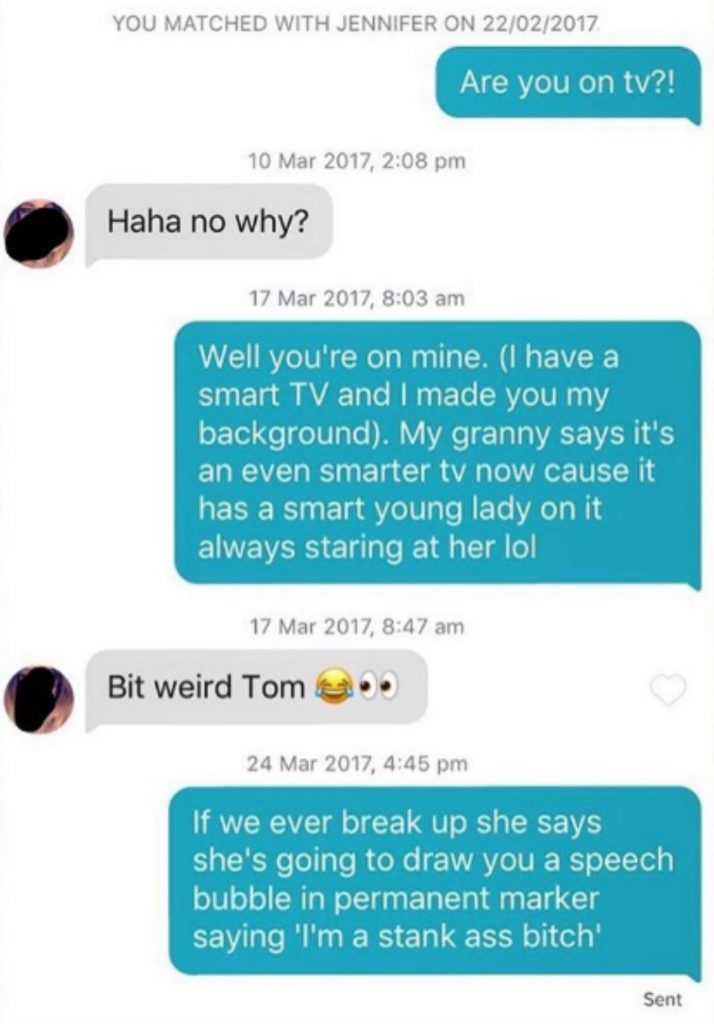 In one exchange Christy posted on Instagram, Tom’s account asks a girl: “Is there any chance you could do me a favour?”

She replies: “Depends what it is?”

To which he says: “OK basically I need someone to be in my flat tomorrow between 5am and 6am to a let a plumber in. Would you be up for it? I’ll let you make breakfast as long as you replace it?

“And you can play with my dog. I know what you’re thinking: ‘just get the dog to let the plumber in’ – I also had that thought but he honestly can’t open the door cause it’s a buzzer system.”

In another, Tom writes: “Hi Sandra, I’ve just had an awful fall and my ankle’s broken, please I need help. I’m in the park by the Waitrose on Primrose Hill.

In a different exchange he asks a woman called Tova: “OK if you could be a Harry Potter character would you be Raven or the other one?

“Personally I’d be the woman who wrote the books cause she’s richer than both of them put together.

“Plus she’s a woman so when she’s bored she can just play with her boobies.”

Instagram users have reacted with delight at the pranks.

One user called Grace Lee wrote: “You have a great feed!”

Another called Hannahh9492 added: “I love whoever this human is.”

Ariewig said: “I am cracking up. Number one hack.”

Reasons Why You Should Enroll In A Weight Management Program

How Johanna Buchweitz Is Helping Fellow Women in Business