SHOCKING footage has captured the moment a motorist was almost killed by a HGV – which was travelling on the wrong side of the road.

The harrowing clip, taken on a driver’s dash cam near Llangadog, Carmarthenshire, shows the vehicle veer into the bushes, to avoid the oncoming lorry.

At the start of the footage, the dash cam driver, thought to also be driving a truck, can be seen travelling down a narrow country road.

He approaches a blind bend and as he begins turning, a huge HGV, emblazoned with the word FAKRO, emerges from behind the bushes – on the wrong side of the road.

The pair appear to be heading for a head-on crash, but the lorry driver edges left, forcing the motorist recording the footage to hurl his vehicle towards the bushes.

Then the HGV is seen grinding to a halt as the clip cuts out.

The incident occurred on Thursday 6th April just before midday, on a minor road of the A40 in Carmarthenshire. 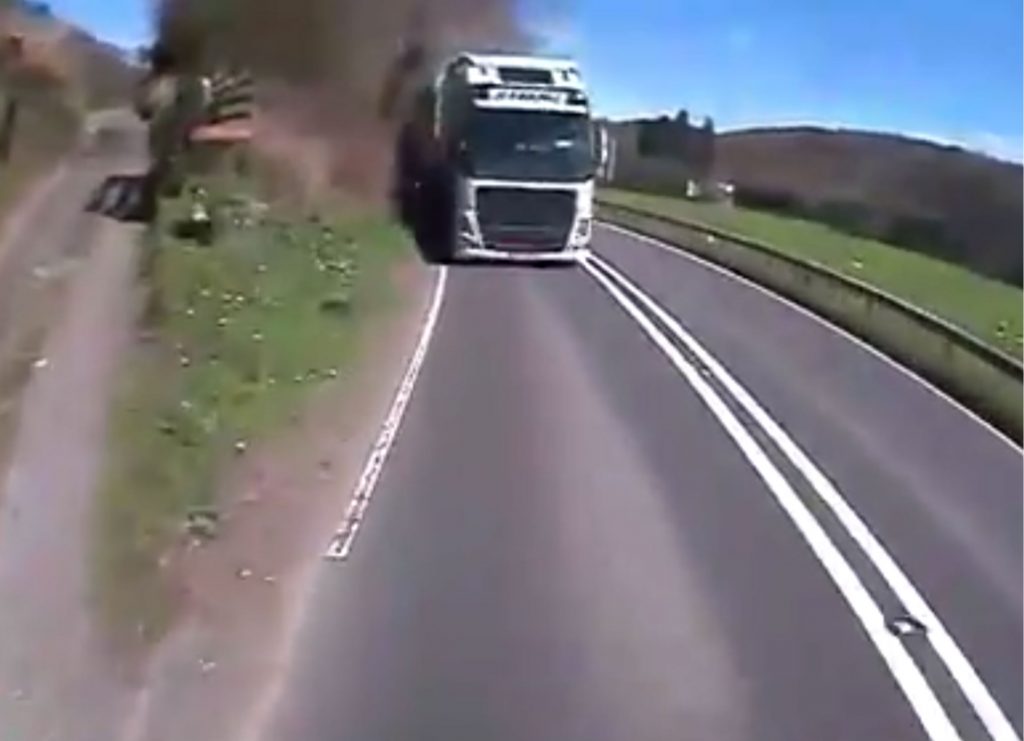 The video was posted on Facebook by user Chris Sherburn on Saturday with the caption: “Near death experience, s**t myself.”

After being posted, it has amassed 13,000 shares, and attracted thousands of outraged comments. 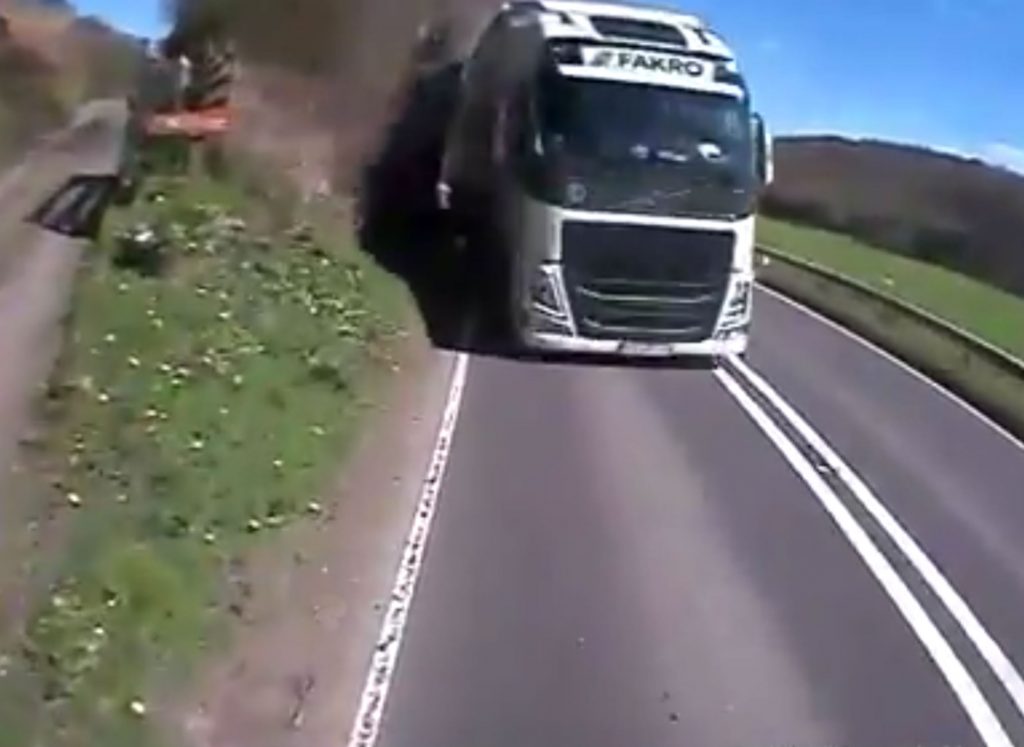 Several users speculated that the driver may have been foreign, and forgotten

which side of the road UK drivers drive on.

Jan Sykes said: “Shouldn’t be allowed to drive over here again, so lucky.”

Simon Goodall wrote: “F**k me that was close, good job you have the reactions of a ninja pal.”

Eirian Morgan said: “Hope he was dealt with. F*****g idiot. Could have killed someone.” 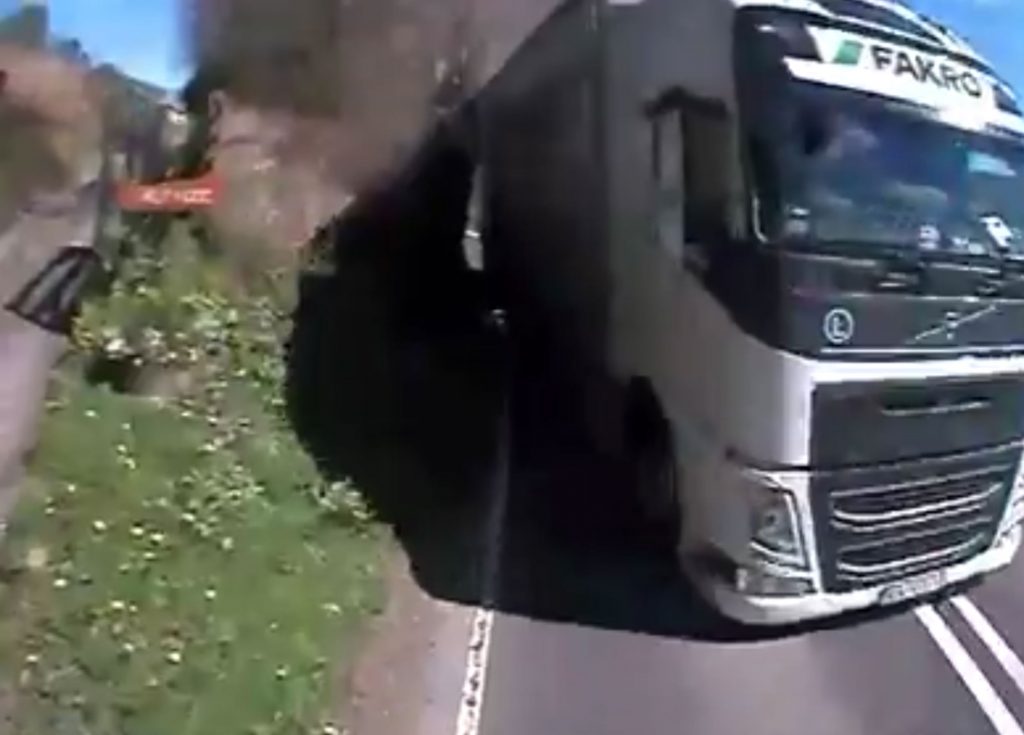