A SCOTTISH high school pupil has wowed passengers on a flight to New York with his amazing bag-piping skills.

The young student has been filmed standing in front of the packed cabin and belting out the two tunes.

The short clip shows Gregor MacDonald from Oban High School, Argyll, providing the inflight entertainment on his way to New York City with the school.

Attending the annual Tartan Day events in the Big Apple, the high school took the flight earlier this week and filmed Gregor on the unique stage.

At the start of the clip the young piper is seen puffing out the melody at the front of the plane.

An laughing air stewardess is seen walking up the aisle and ducks underneath the camera, clearly enjoying the music.

The camera then rotates round can shows a the cabin full of impressed and entertained passengers who are also filming the student.

The short clip has already been viewed almost 50,000 times and received nearly 500 shares on social media.

Captioning the film, the school said: “Well done to Gregor MacDonald for providing the in-flight entertainment on route to NYC”

Commenting on the inspiring video, viewers from around the world were admiring Gregor’s playing.

Stuart A. Urbieta replied: “Wonderful piping! I have heard the Oban school pipe band before and they are amazing.”

Duncan Kippen said: “Wow a class act for the future.”

The talented high school band have been posting regular updates from their week in New York City, showcasing their musical skills.

The 18th annual celebration of Scottish culture and heritage in the city has attracted thousands of visitors.

Bands, pipers, dancers and clans from Scotland and throughout the United States and Canada joined in parade on Saturday through the centre of New York City. 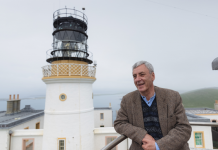 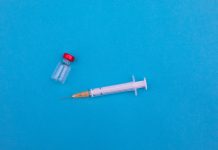 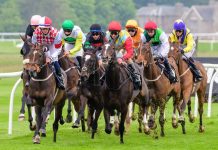