AYR UNITED have selected their new badge after a public vote of more than 1000 supporters.

Punters went to the polls to choose between five designs, which were all submitted by fellow fans, with one of the more outlandish options being a silhouetted image of Ayrshire icon Rabbie Burns.

However, when the ballot was counted a more traditional design prevailed. Staying relatively true to their current badge, it features a saltire, the club’s iconic black-and-white colours and their nickname, ‘The Honest Men’ 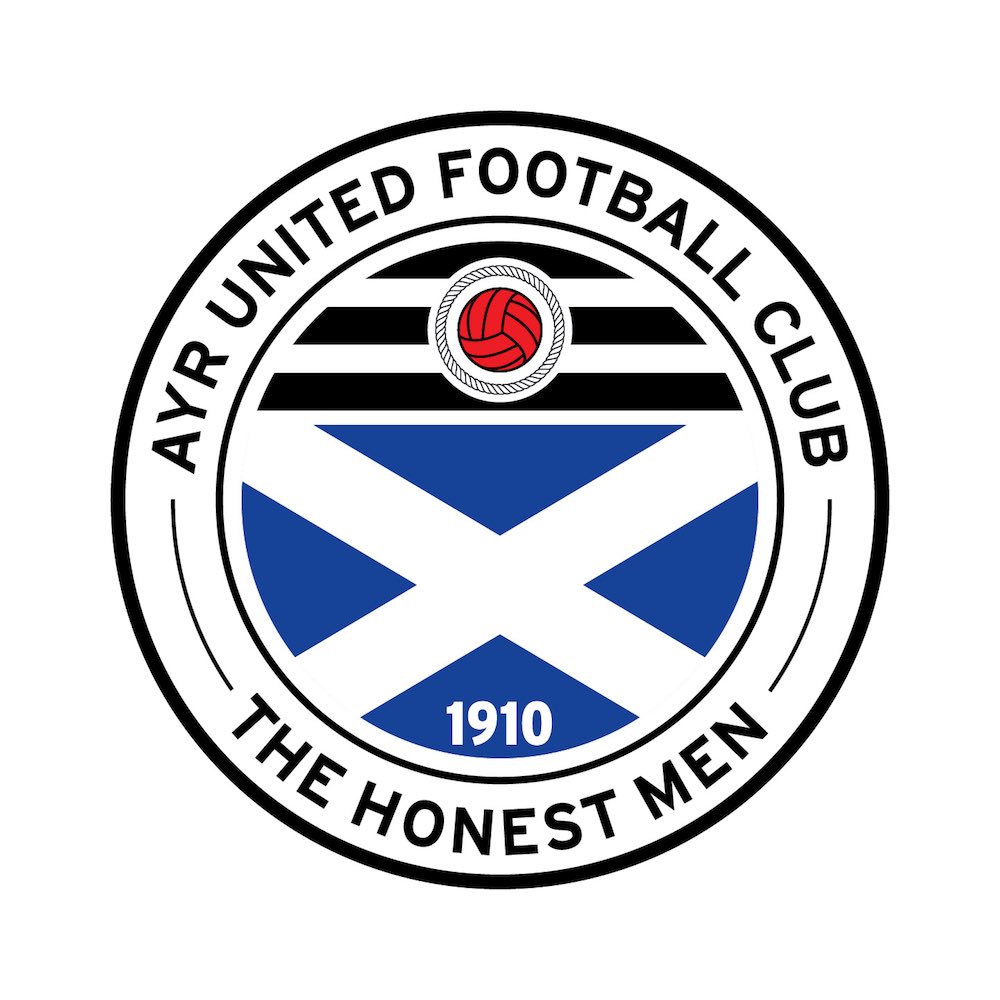 The Somerset Park outfit have been forced to scrap their current emblem, which has been in use since 1957, by July 1 after it was confirmed that it fell foul of heraldic law, which prohibits the framing of a saltire within a shield.

Jamie Stevenson, who designed the new badge, said: “This design reflects the feelings that I think most of us want to retain the overall traditional look if possible while taking the opportunity to modernise a little for the future.

“I also wanted to incorporate the black and white bands from the traditional shirt and scarves which for many of us mean Somerset on a Saturday!”