GARY IRVINE insists the sight of Neil McCann finding the net after swapping the Sky Sports studios for the dark blue of Dundee when they were plunged into administration remains one of his fondest memories of an eventful six years at Dens Park.

And the former Dee favourite reckons the rookie boss can be their saviour again after answering another SOS from Tayside.

Plenty of heroes were created during the ‘Deefiant’ campaign in 2010/11, as Barry Smith’s side somehow recovered from a 25-point deduction, swathing budget cuts and a signing embargo to retain their Championship status.

However, the fairytale intervention by McCann that season was something special. At 36 years of age, having been retired for three years and already a pundit with Sky, he returned as a trialist in a league match against Raith Rovers – and scored a 90th-minute winner.

Irvine still recalls the wild celebrations that followed the strike and reckons it summed up their great escape – a spirit which Dundee would do well to rediscover, with five games to salvage their top-flight status.

He smiled: “When anyone asks me about my memories of Dundee, that is one that always springs to mind. It was such a difficult season, we were pulling trialists in from everywhere because of the signing embargo, and he actually came out of retirement just to help us out.

“We were struggling to make up the numbers some weeks, and Neilly came in, despite having his work with Sky.

“He was great in training, really fit and then he came on as a substitute and scored a wee looping goal against Raith – you couldn’t write it.

“He took off towards the supporters and the whole place went wild, the celebrations were unreal. Everyone just piled on top of Neil! 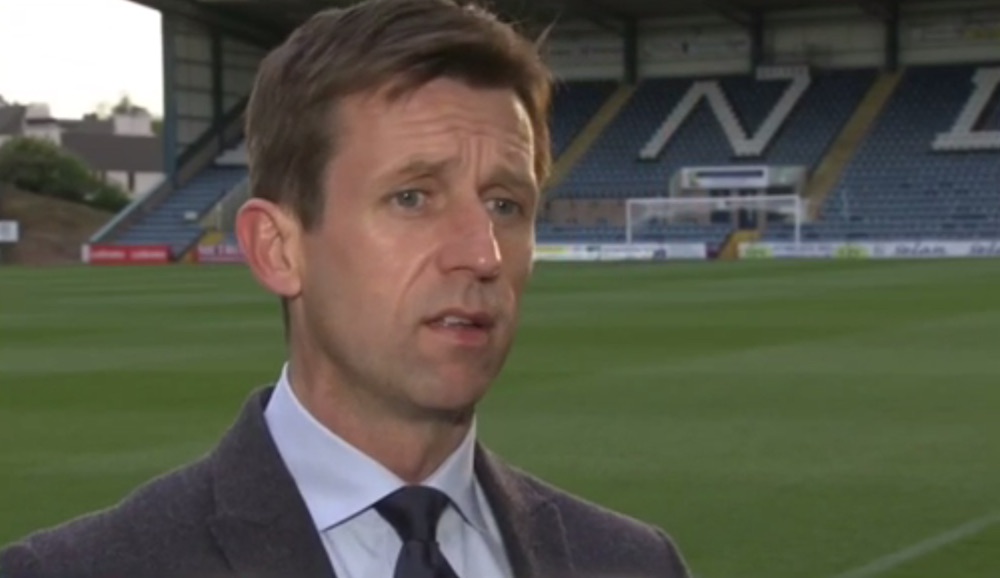 “I’ve been lucky enough to win leagues with Dundee, but that moment stands out because it just summed up how hard that season was – needing someone to come out of retirement – but how we somehow found a way to get over the line.”

Irvine believes that decision to dust off his boots illustrated McCann’s love for Dundee, for whom he starred between 1992 and 1996, and has no doubt that will give him a burning desire to succeed after taking the top job on an interim basis.

Irvine added: “It’s a tricky job for anyone going in there and, given Neil has a good gig at Sky, it would have been easy for him to say no. For the second time now, Dundee have come calling and he has said yes without hesitation.

“That speaks volumes for the passion he has for the club and I’m sure he’ll be getting that across to the players.”

While swapping the TV studios for the dugout may seem a left-field move – and proved an ill-fated one when Gary Neville joined Valencia – Irvine reckons McCann’s punditry pedigree will actually be a massive positive.

Irvine, himself eyeing another escape from the drop with St Mirren, added: “He knows the game inside-out from his work with Sky, he knows the oppositions and can go straight in there with fresh ideas, while already knowing the club itself.

“He is a great character and his knowledge of the game is second to none. Hopefully he gets the right reaction and they get out of that mess because, just like Neil, I still have a lot of affection for Dundee.”