NEIL Lennon has emerged as one of the world’s worst selfie takers with critics claiming he looks like he’s “Ian Beale”, doing a “jobby”, and “having a stroke”.

The Hibs boss may have had a successful season on the football pitch but his recent selfies are strictly Sunday league.

The 45-year-old started posting selfies this week after a self-imposed eight month break from Twitter.

His first effort, captioned “Back to work”, showed him in front of a mirror and surrounded by gym equipment – but with his phone completely covering his face. 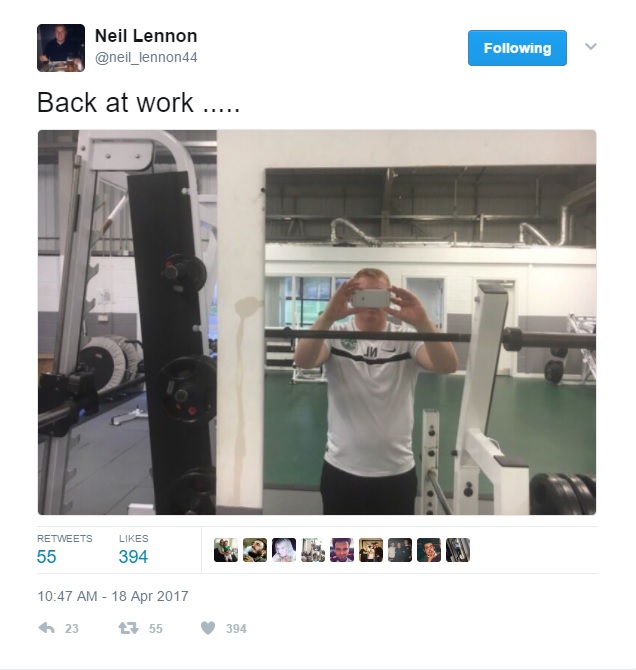 Another photograph was uploaded the following day but Lennon again covered his face with his phone – showing just his bedroom in the background.

After listening to advice from his followers, the former midfielder shared a third selfie – this time successfully managing to show his face. 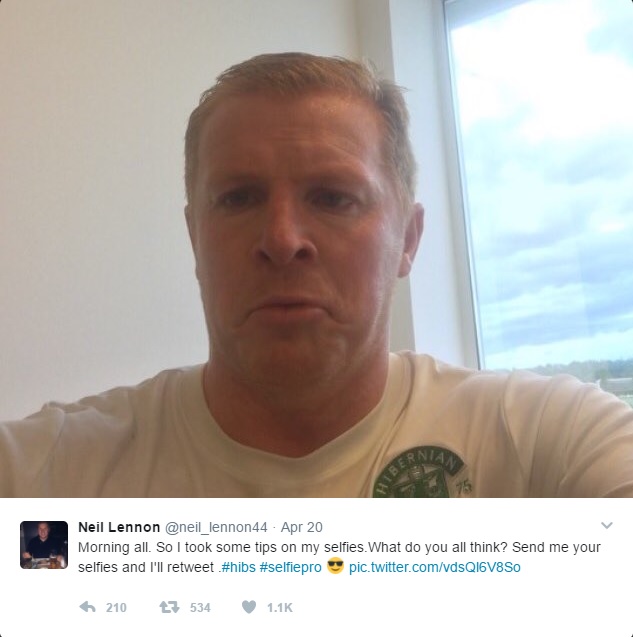 Fans claimed the manager looked like he was on the toilet or having a stroke. One even suggested the pictures were so bad his account had been hacked.

Lennon responded to that by tweeting a fourth selfie in which he is peering over a piece of paper with a follower’s name written on it.

The selfie campaign has generated hundreds of comments, many of them ranging from unkind to downright cruel. 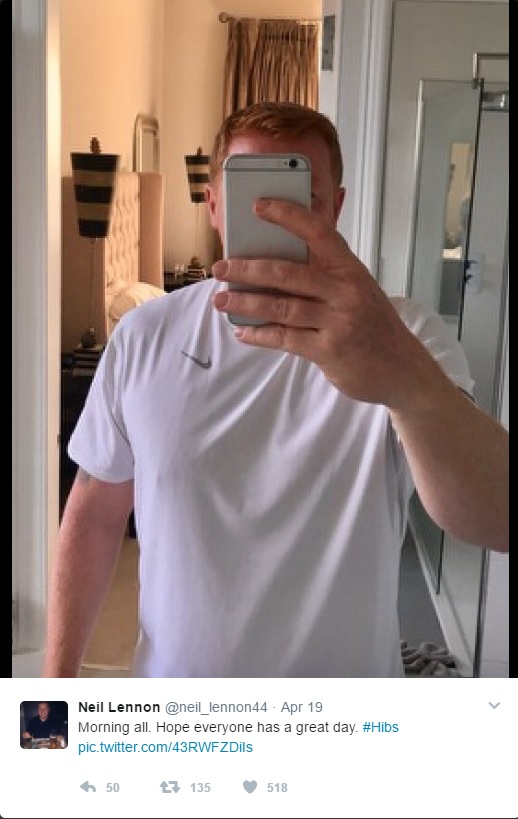 Leanne Stones? wrote: “Work on that belly of yours”.

Paul coakley said: “Not before time chubs. Saw you on TV you’re getting like a baby.”

One cheeky Twitter user described him as Eastenders legend, Ian Beale, while another wrote: “You’re not grasping this selfie stuff Lenny are you haha?”

Dozens of followers pointed out that when he managed to include his face, Lennon, originally from Lurgan, Northern Ireland, just ended up looking like he was sat on a toilet.

One follower wrote: “I assume you are on a bog with a face like that.”

Another added: “You look like you’ve had a stroke.”