OFIR MARCIANO has revealed he is desperate to continue to his ‘love affair’ with Hibs in the Premiership next term.

With his loan deal from parent club Ashdod scheduled to expire in the coming weeks, the 27-year-old is due to due to return home at the end of the campaign.

But, with a year left on his contract back in his homeland, the towering keeper is hopeful a deal can be struck so he can stay at Easter Road.

He said: “I don’t know what’s going to happen but I can just say that I’m really happy here and I appreciate what the people around the club do for me and the support that I get and the love that I get.

“When you get so much love it’s a place that you want to stay, obviously.

“Still I don’t know, because I’m on loan here. I have one more season at Ashdod, so I don’t know what is going to happen.

“But, from my side, I can say I’m really happy here.

“There will have to be discussions between my agent and my club in Israel.

“I’m happy with the situation here and when you train with the gaffer he pushes you all the time to be a better player.

“For me, personally, I like it. So, sure, I want to stay in this level and become a better goalie every year, and this is the way.” 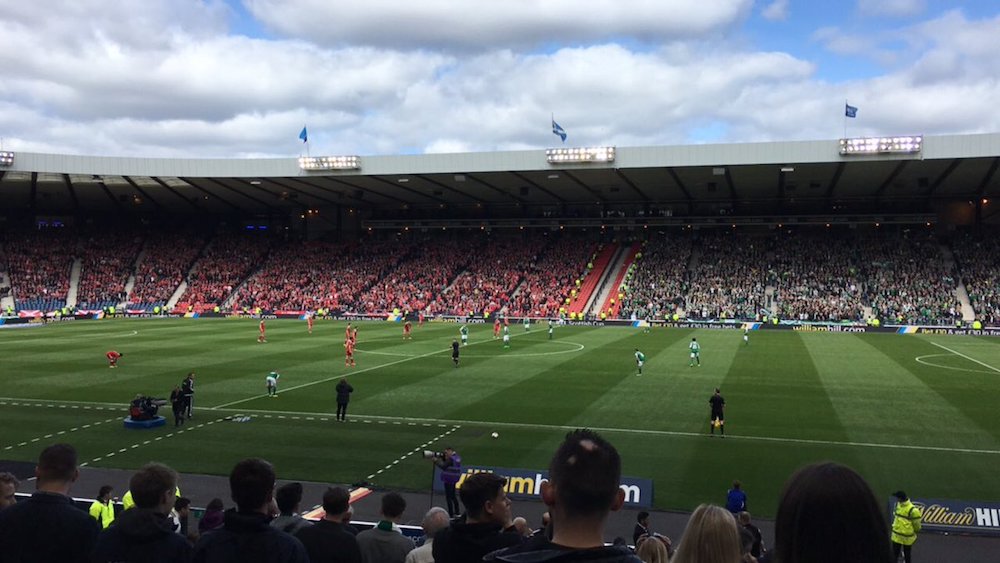 Marciano accepts he could have done better with Aberdeen’s second goal in Saturday’s 3-2 defeat, being beaten at his near post by Ryan Christie’s audacious free-kick from wide on the right.

But Jonny Hayes’ late winner, deflecting off Darren McGregor’s shin, was a cruel way for the cup holders to have the trophy wrestled from their grasp after battling back from the shock of losing Adam Rooney’s opener after just 11 seconds.

Marciano added: “We conceded two goals but I think we handled it very well and got back into the game.

“We dealt with the situation great and I truly thought we were going to score the third goal.”

It is back to league business for Hibs against Raith Rovers on Wednesday but the prospect of top-flight football again will provide some consolation for the capital outfit after three years away.

Marciano went on: “That’s why I came here, to take this club to the place where it belongs.

“And it was a hard season. People think it is easy to go from the Championship to the Premiership, but believe me it’s hard.

“But we successfully did it. That was the main target this year and I’m happy that we achieved it.

“We were unlucky with the semi-final but, still, it was a great season.

“And I think this club should be at this top level each year.”

Share
Facebook
Twitter
Pinterest
WhatsApp
Linkedin
Previous article‘Hibs are the second best team in the country,’ insists Neil Lennon, despite Scottish Cup semi defeat to Aberdeen
Next articleRaith Rovers boss John Hughes insists Hibs went in reverse after they failed to back him