LIAM SMITH admits he was left dazed and confused after being pummelled on Twitter by furious fight fans who mistook the Hearts defender for his boxing namesake.

Light-middleweight Smith claimed a controversial win over Welshman Liam Williams on April 8 after a clash of heads was missed by the referee, forcing Williams to withdraw after blood started pouring out of a head wound at the Manchester Arena.

Angry punters took to social media to vent their fury – and the baffled Jambos star found himself caught in the crosshairs, ranging from “no glory in that” to claiming he was “outclassed every round”.

“What was all that about? It was hilarious,” Smith laughed. “I got a few tweets, they weren’t too abusive or anything – but I didn’t even know what had happened. I was getting some saying I was a disgrace and ‘how could I do that?’

“My reaction was ‘what are you talking about?’ We’d just beaten Dundee so I was thinking ‘surely not, I did alright!’

“I just watch the big fights the same as everyone else, I’ll watch Joshua-Klitshcko this weekend. But I didn’t watch his fight so I was just confused as to what was going on.

“The other Liam Smith never reacted to it at all – so I don’t think he was laughing. It was mostly boxing folk who found it funny. Liam and Smith are two of the most common names in Britain, so I guess it was always a danger!”

The Scotland under-21 full-back replied with a tweet of his own, writing: “Getting angry tweets from boxing fans about @LiamBeefySmith… I’m not the boxer folks… I couldn’t fight sleep.”

“That’s absolutely true, I have never been in a fight with my life,” he smiled. “I don’t plan on it either.”

However, Smith will not shy away from the battle for a Europa League berth.

Partick Thistle, who have upset the odds by gate-crashing the top-six this term are the visitors to Tynecastle this afternoon, with the Maryhill men talking up their chances of making up a four-point deficit and overhauling the Jambos.

But Smith’s only priority is catching St Johnstone.

“Partick have done really well and I’ve read them saying they’re pushing for fifth now,” continued Smith. “They have every right to think that because they have done well.

“But we’re not looking behind us, we need to look forward – and if we take care of business then fourth place it still in our sights. With the way the spilt is you are playing in-form teams so points can be won or lost everywhere.”

Hearts have enjoyed a 15-day hiatus since their 0-0 bore draw against Kilmarnock and Smith has hailed the “intensity” of training as Ian Cathro steels his side for a big finish.

Consequentially, Smith is hopeful the capital club can build on consecutive clean sheets against Killie and Dundee – and improve their record of six wins in 21 matches under their new boss.

“When you’re confidence is down and we haven’t been getting the results we’ve been looking for you need to go back to basics,” added Smith. “That starts with a clean sheet and then we can build – and look to our influential players in front of us to go on and win the game.” 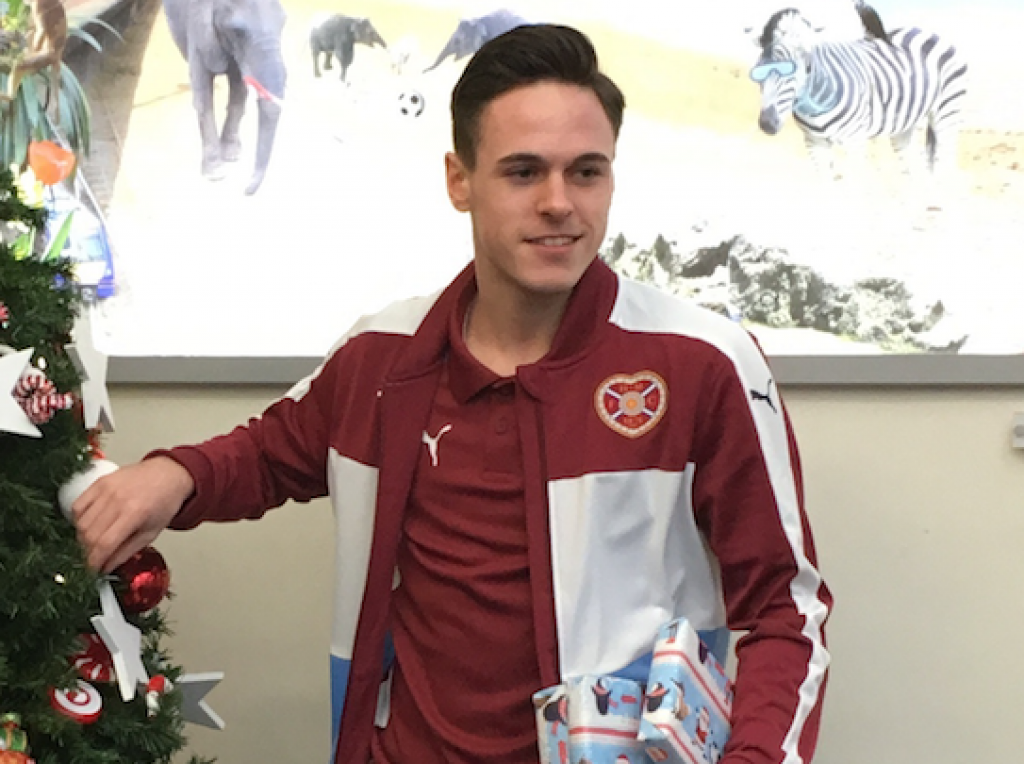 On a personal note, Smith is seeking to continue his own momentum, having worked tirelessly to regain his place in the starting line-up, helping the Jambos to those successive shut-outs.

Lennard Sowah has returned to full fitness, ensuring a battle for the jersey against Thistle today, however Smith is determined to see off the challenge of the German and put down a marker for the run-in – and next season.

“I want to be in the team as much as I can,” he added. “I was in the side and then I had quite a lot of time out, so to have worked my way back in is a positive. Now it’s my responsibility to keep going and keep my place.

“You never know what is going to happen come the summer so if I can put down a marker now then it gives me a positive going into pre-season and next season.”