THE SPFL will charter a helicopter to deliver the Ladbrokes League 2 trophy this Saturday as the fraught title fight between fierce rivals Arbroath and Forfar goes to the wire.

The Red Lichties took a dramatic one-point lead in the race for promotion last weekend, claiming a thrilling 3-2 triumph over Elgin City while Gary Bollan’s Loons stumbled to a 1-1 draw at rock-bottom Cowdenbeath.

Arbroath, managed by veteran gaffer Dick Campbell, now travel to Stirling Albion – who have nothing at stake in the final match of the campaign – knowing that a win will see them crowned champions. 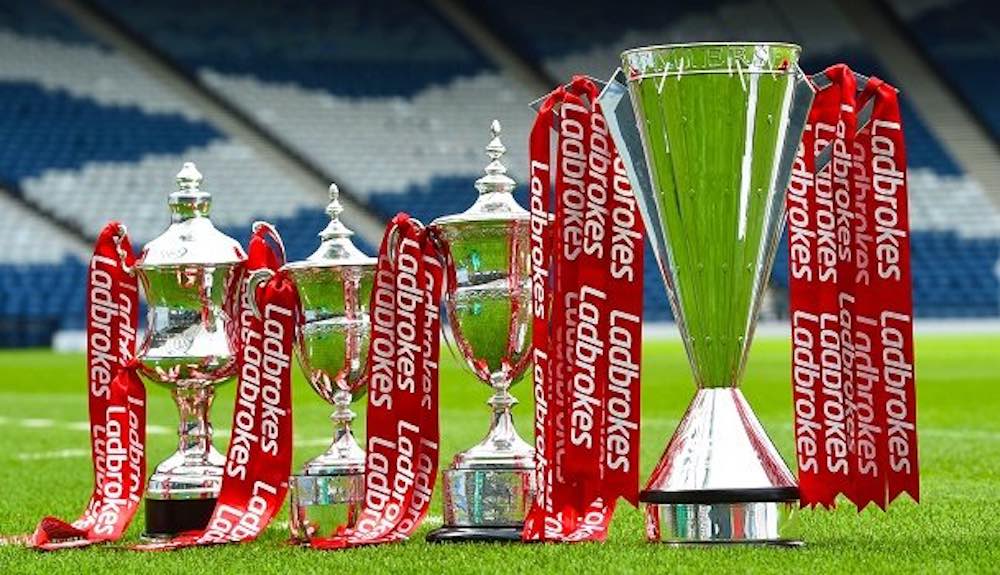 Forfar, who remarkably led the pack all the way from the middle of August before being leapfrogged on Saturday, host Annan Athletic, as they seek to end the season with a victory while praying that Arbroath slip-up.

And SPFL chiefs have spared no expense for the nerve-shredding finale, with officials on standby with a helicopter to deliver the silverware to Forthbank or Station Park when the final whistles blow.

League 2 is the only division that is subject to a last-day decider, with Celtic, Hibernian and Livingston all having won their respective championships with room to spare.