EUROMILLIONS winner Jane Park has shared a hilarious video whimpering in pain as she struggled to peel off an excruciating face mask.

The 21-year-old filmed a series of Snapchat videos for her followers attempting to cleanse her pores using the painful beauty treatment last night (TUE).

But almost immediately the blonde from Niddrie, Edinburgh regretted applying the product – as she captured herself with tear-filled eyes from the pain attempted to take any part of the mask off.

Hilariously, at one point she is filmed with part of the mask hanging from her forehead, over one of her eyes just staring into the camera – clearly defeated by the product.

At the beginning of the video and photograph series, she shared a cleavage-baring selfie, smiling into the camera with the caption: “Why’s everybody telling me it’s agony.

Throughout the four minute Snapchat story, shared with thousands of followers, she films the mask removal, she mumbles: “I cannae. I can’t move my face.I cannae.

She later added in a caption on the video: “Don’t try this.”

In the final scenes, Park can be heard panting before splashing water on her face to help peel the remaining part of the mask from the bridge of her nose. 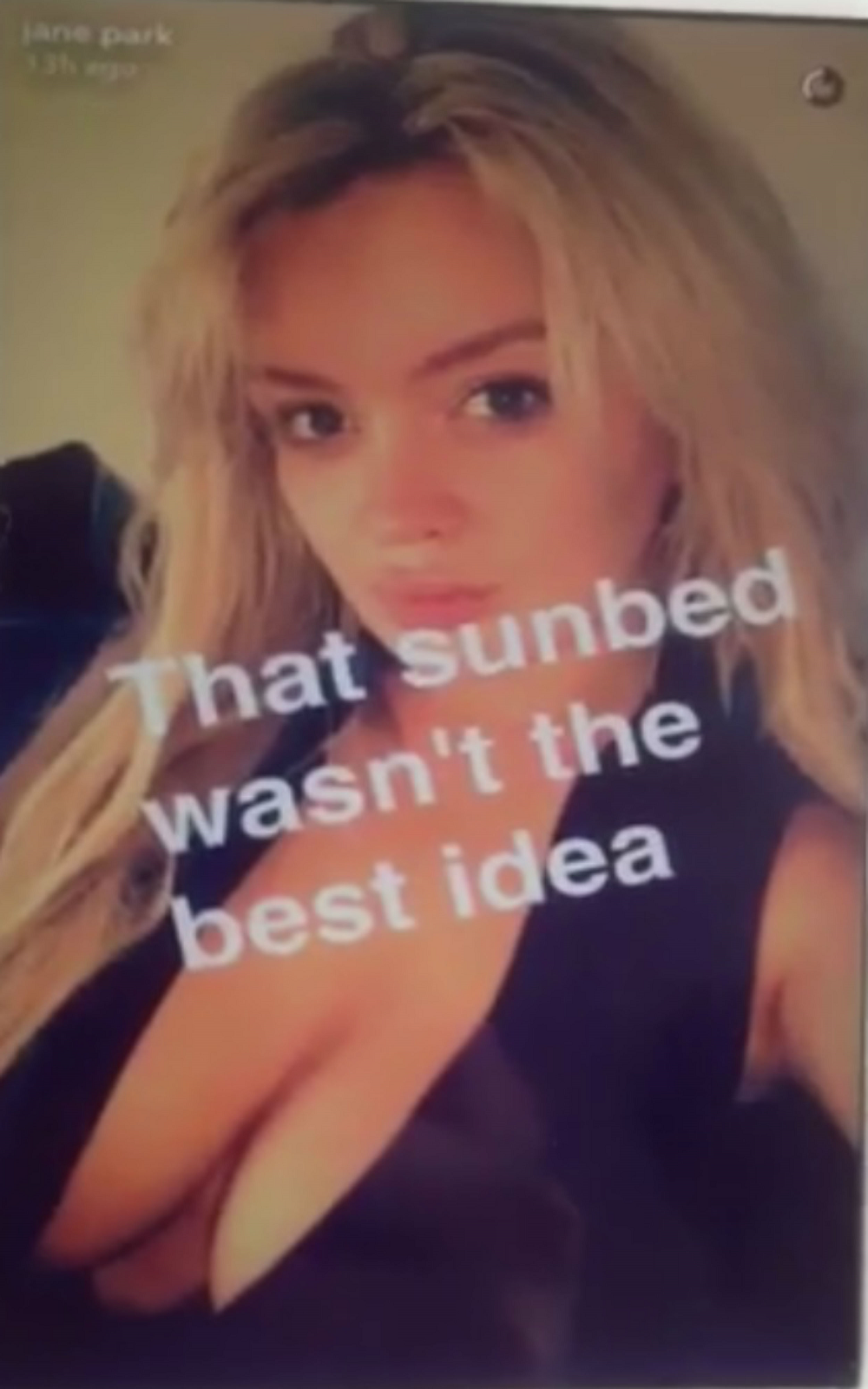 The Scot, who has been tipped to appear on this years Big Brother, took to Twitter to express her thoughts on the painful treatment.

After being asked by a friend if she had filmed herself taking the mask off, she replied; “I did. Worst thing I’ve ever tried.”

Park bagged £1 million after buying her first ever lottery ticket when she was just 17-years-old.

She has since complained that the money has “ruined her life” and at one point threatened to sue Camelot.

Following her win, she bought a house in Prestonpans, East Lothian but moved back home with her mum shortly saying she felt lonely.