EFE AMBROSE has revealed he will hold showdown talks about his future with Celtic boss Brendan Rodgers – as he confirmed he would consider a return to Hibs next season.

The Nigerian internationalist has been a revelation for the capital club since arriving on loan at the end of February, making 12 appearances to help the Hibees romp to the Championship title.

Easter Road boss Neil Lennon has made no secret of his desire to snap up Ambrose – who is out of contract at Parkhead in June – on a permanent basis.

And the 28-year-old said: “The manager wants me to stay but it’s not up to me. We will see what the future holds. My agent will speak to the club and you never know what is going to happen.

“Of course I would consider staying with Hibs because the fans showed me love and I enjoy working for the manager who signed me for Celtic and then brought me to Hibs – so if it comes my way again then it will be hard to turn it down.

“Winning trophies is a plus but it is about the philosophy of this club and the objectives – that’s what motivates me. When I came to Hibs and I saw the boys and the structure of the team I was excited to be part of it.

“I will go back to Celtic to consider things and from there you never know what is going to happen.”

Ambrose embraced Lennon, who initially brought the defender to Scotland from FC Ashdod in 2012 when he was boss of Celtic, and admits that was just one of many poignant moments as he watched his teammates celebrate their triumph.

He continued: “When someone gives you the opportunity – not once, but twice – then I wanted to give him a hug to say ‘thank you’. 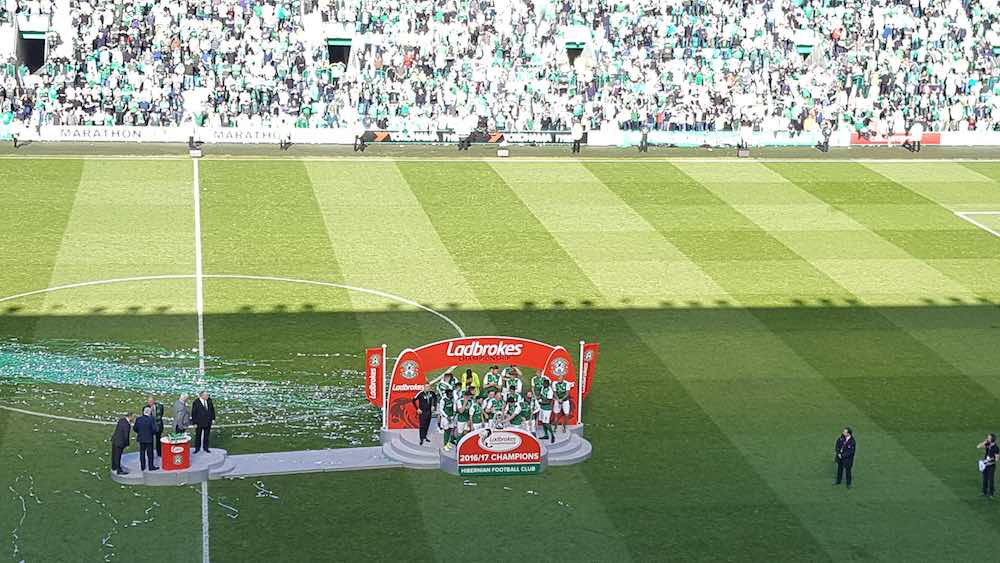 “It was quite emotional. I have been in this position before and I know what winning a trophy means to me and to the club.

“For some guys it was their first time and they have been waiting for this occasion for two to three years. You could see it in their eyes. They could not wait for this day. So it was quite emotional to see everyone connected with the club so excited.”