A RECKLESS motorist has been filmed driving at around 20mph on a pavement to avoid traffic – almost hitting a schoolboy.

The van driver, who pulls the selfish stunt to save a few seconds at lights, has been condemned as “criminal” and “beyond shocking” by road safety groups.

At the start of the video, filmed on the A320 in Guildford, Surrey, traffic can be seen waiting at a red light.

There are several lanes of traffic waiting at the lights, and the dash cam driver is waiting to go left, in a lane for vehicles that are also going straight on.

As the lights go green, instead of waiting for the traffic ahead to go straight, the white van driver pulls out on to the pavement, to overtake the cars ahead, and nip left.

But as he pulls on, a schoolboy in uniform is seen walking towards the van, and is missed by a matter of metres. 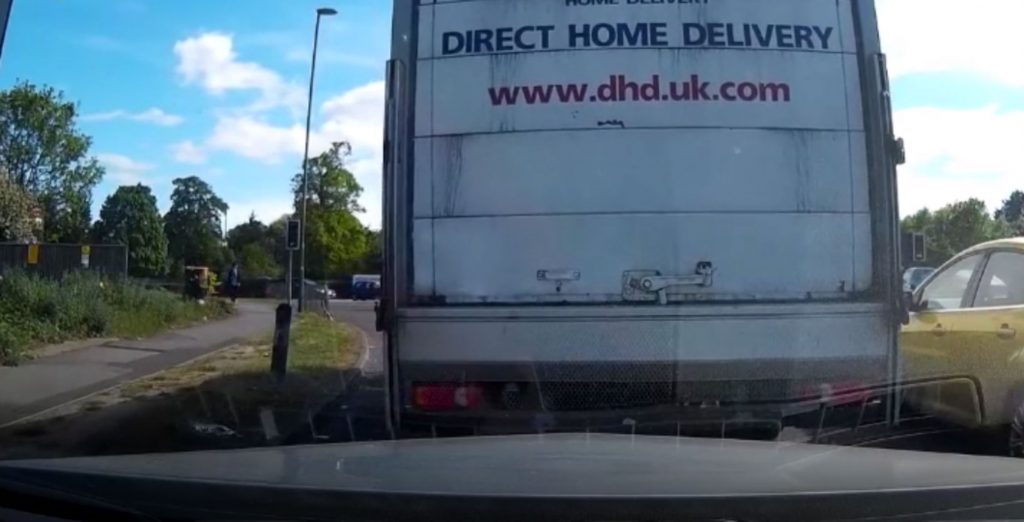 The van driver pulls back into the left-hand lane, ahead of the dash cam vehicle, and speeds off, well over the speed limit, and out of sight.

The video, which was captured last Friday, was uploaded on to Facebook by driver Jamie Hayles with the caption: “Van mounts pavement to jump lights and just misses school kid.”

Commenters on social media reacted negatively, with one Facebook user labelling the driver an “idiot.” 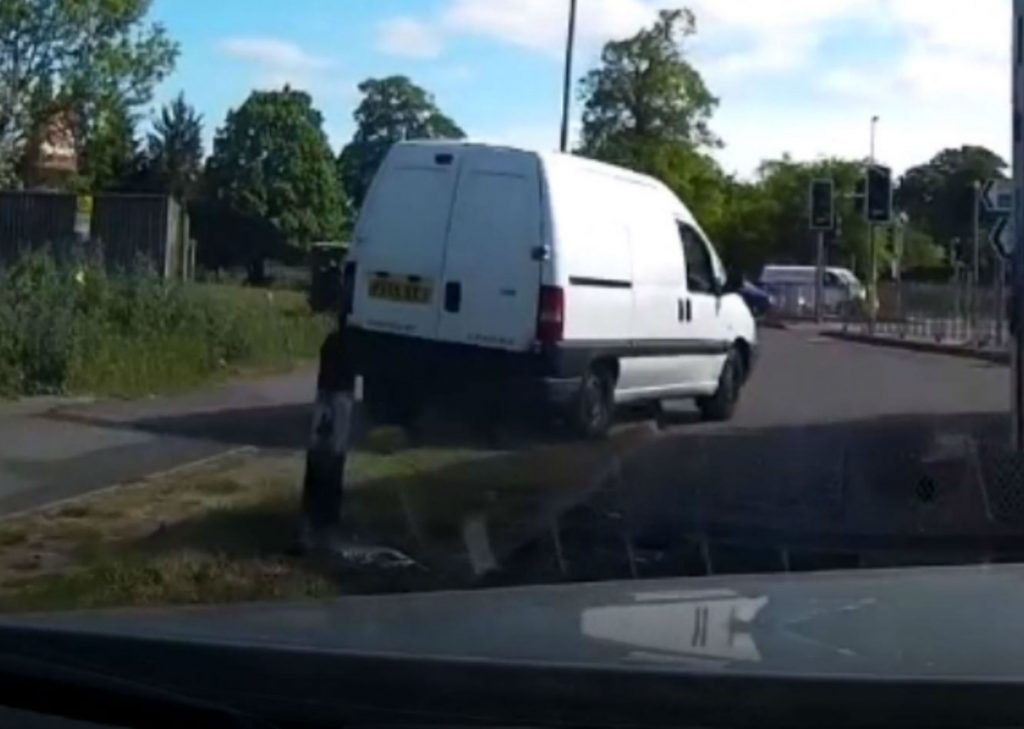 “Criminal behaviour such as this must be targeted.

“If they are unable to gain evidence from this video, police should monitor this junction in the future to ensure next time they catch them.” 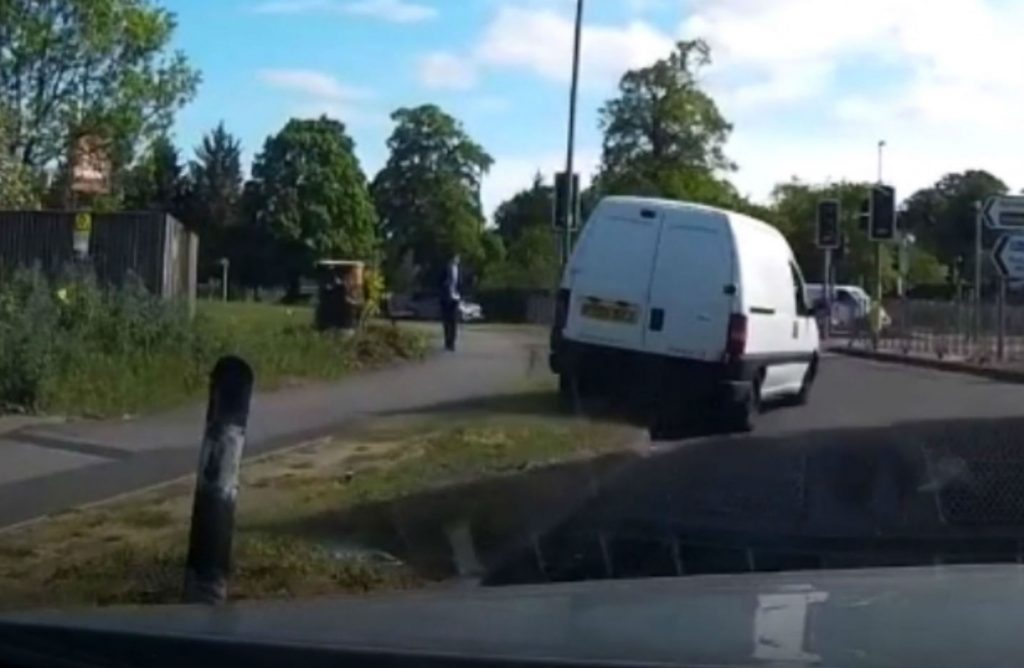 Living Streets, a charity which champions walking, described the footage as “beyond shocking” and said the driver’s actions were “illegal”.

Tompion Platt, head of communications, said: “Pavements are for people – not for cars.

“As it is, our streets are designed around the least vulnerable road user, the driver. This deliberate violation of rules of the road puts those on foot in real danger and shows the genuine need for designing our streets around people, not vehicles.”

Just last week, British cyclist Chris Froome was rammed by a driver whilst on the pavement near his home in Monaco. 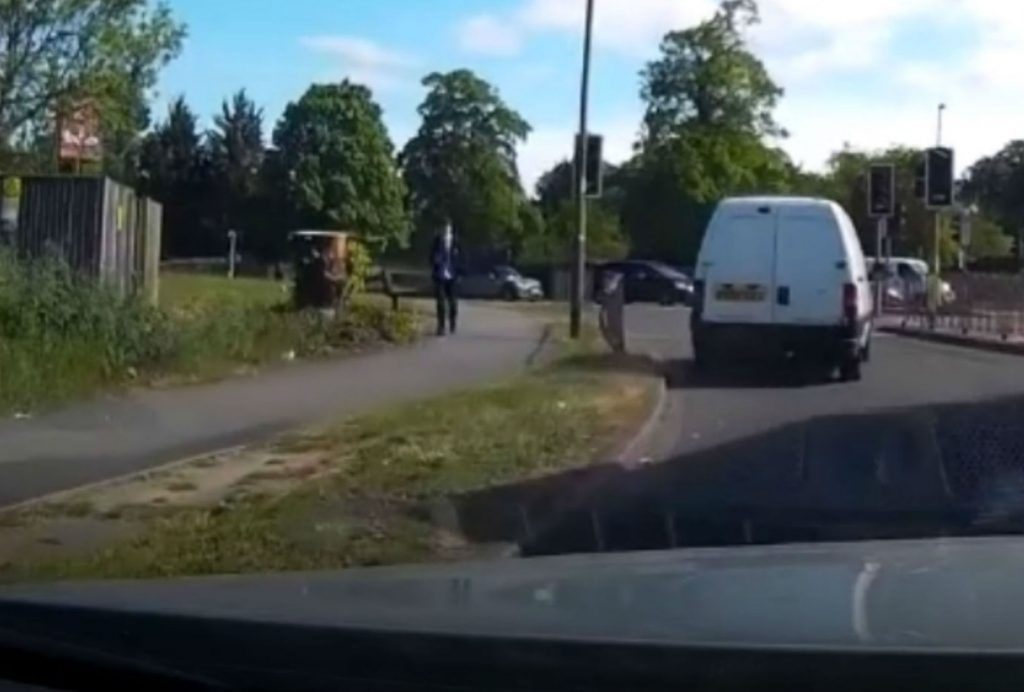 Whilst earlier this month, a teenage driver who had never passed his test mounted a pavement in a “crowded” Derbyshire high street, whilst fleeing from police.