A HISTORIC cottage is for sale complete with the one of the spookiest front drives in the country – through a graveyard.

King’s Stable Cottage, in the heart of Edinburgh, is located within an old graveyard and at one point in its long history was used as a lookout for grave robbers.

Homebuyers with nerves of steel can snap up the 179-year-old one-bedroom property for £355,000. 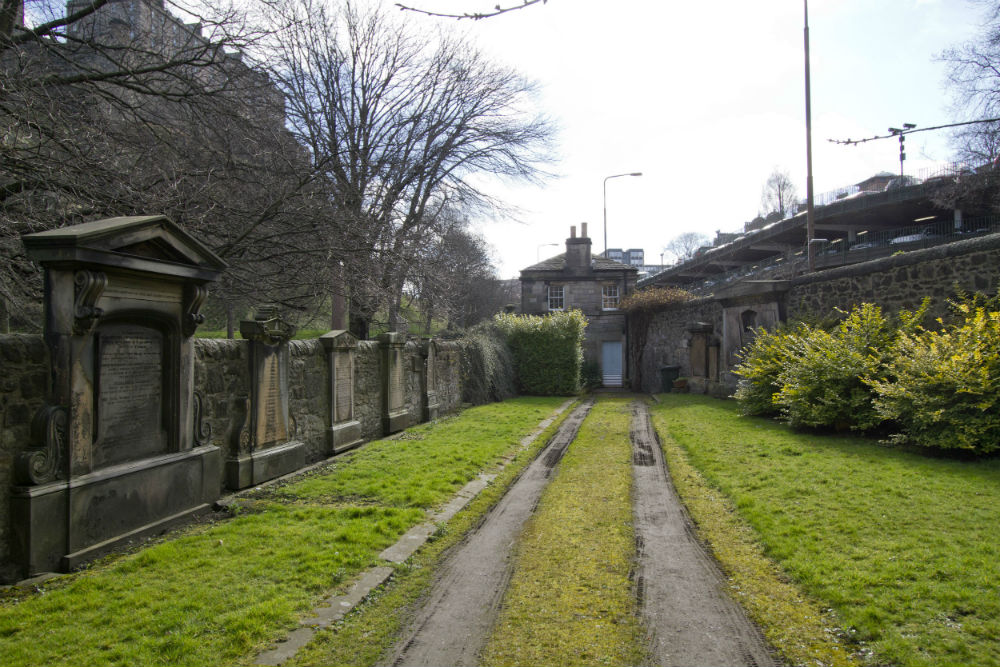 Constructed as a schoolhouse in 1838, the Georgian B-listed building is just 200 metres from Edinburgh Castle and within a World Heritage Site.

Located within the graveyard at St Cuthbert’s Church, the home also comes with a spiral staircase to the bedroom.

The private driveway has to be one of the most daunting in the country, coming within a few feet of a column of headstones. 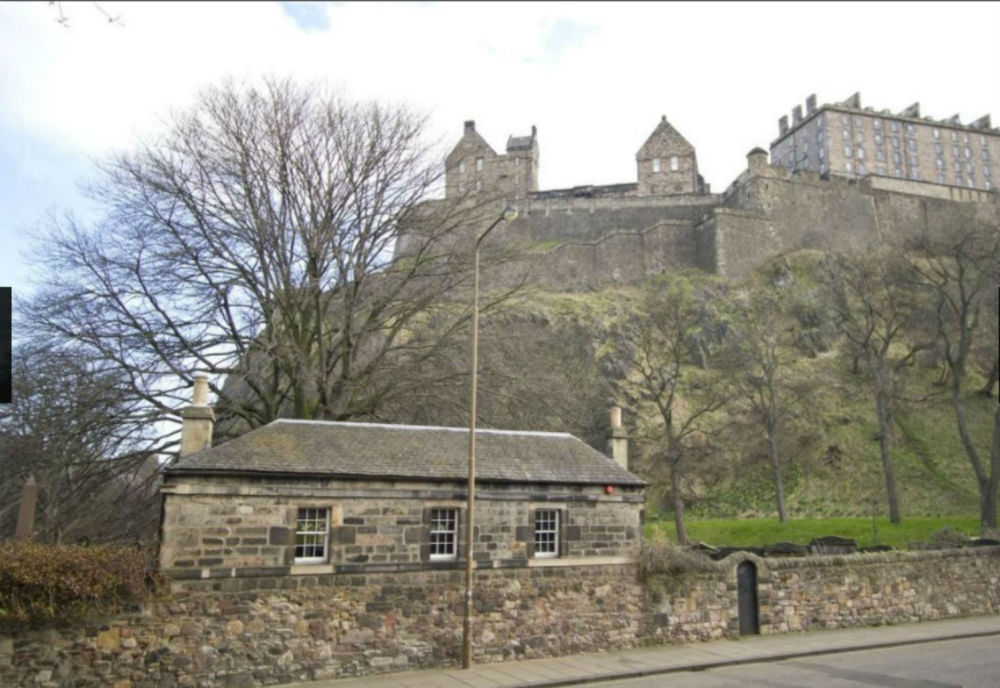 Sellers for the home, Strutt and Parker, prefer to point out that the cottage has stunning views of the world-famous castle.

The brochure read: ” It is full of charm and character but still benefits from modern luxuries such as under floor heating throughout having been sympathetically restored in the early 1990’s under the supervision of an architect who specialises in Georgian architecture.

“The materials used for the restoration add to the property’s unique status with marble flooring on the ground floor, reclaimed maple flooring in the sitting room, Canadian pine flooring in the kitchen and a Charles Jones Classic Kitchen of Edinburgh. 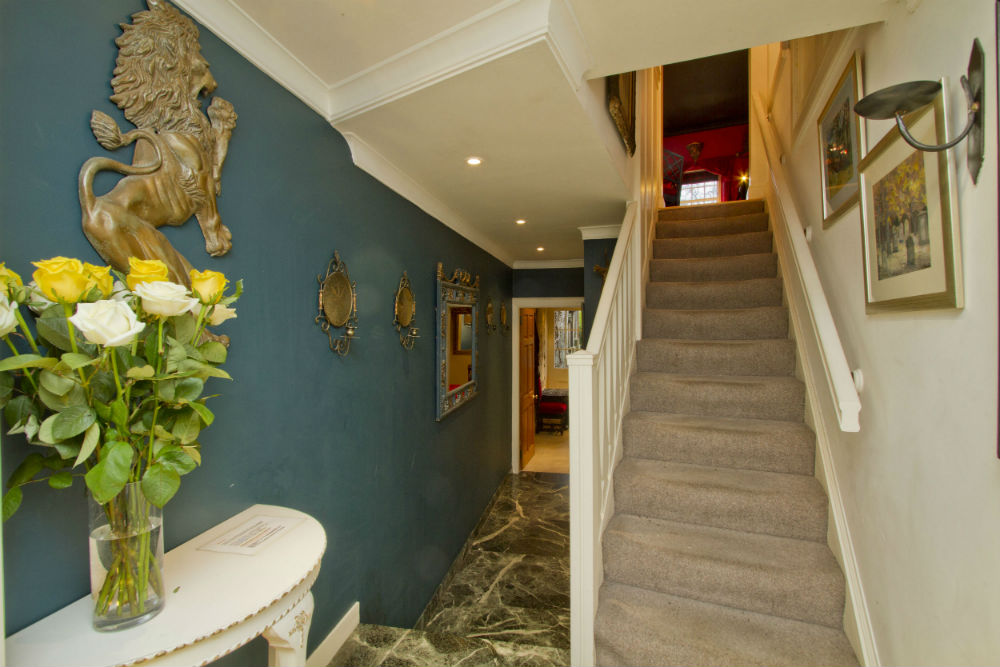 “Another particularly special feature, is the astragal sash and case windows with stunning views towards the Edinburgh Castle.”

“Outside, there are gardens to the front and back of the property with a private driveway providing private parking for several cars.”

Little is known about the 179 year-old building, other than it was constructed at a time when body-snatching was rife. 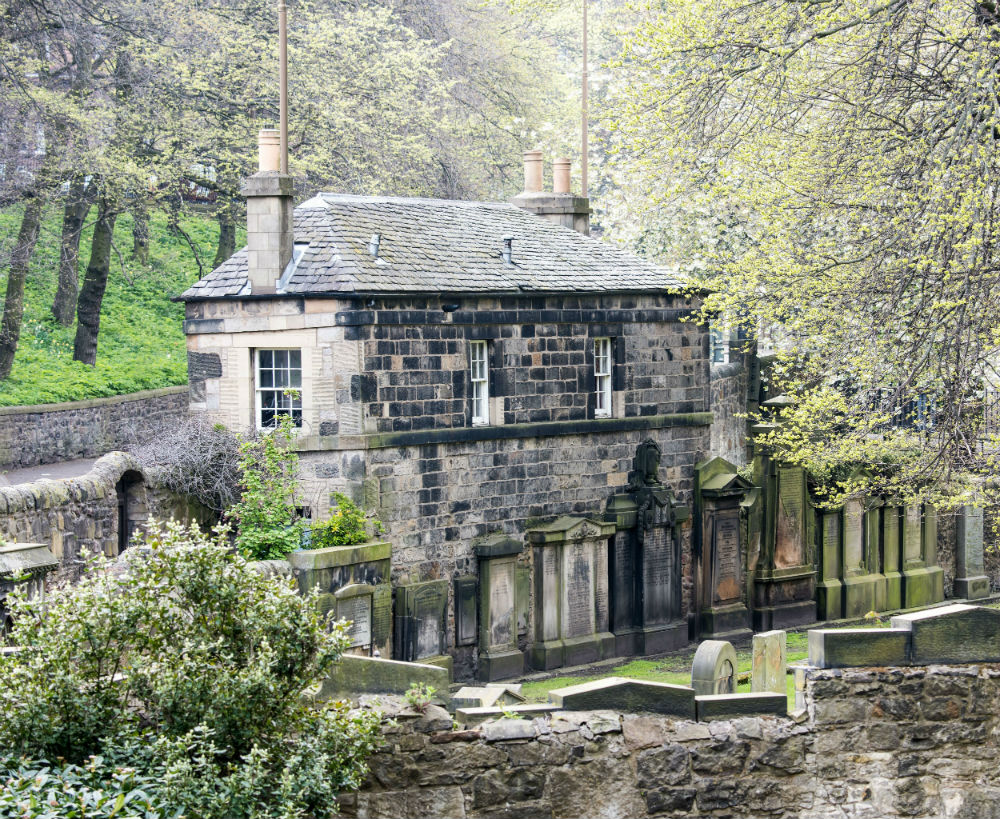 The kirkyard contains approximately 747 headstones, monuments, tombs and other structures.