THE UK’s youngest EuroMillions winner has provided a very rough “guide” to scooping the top prize, which starts: “F*** knows.”

Jane Park added that you “go into the shop and say a lucky dip please”.

The 21-year-old from Edinburgh concluded: “Boom millionaire…boys drop your bockys.” 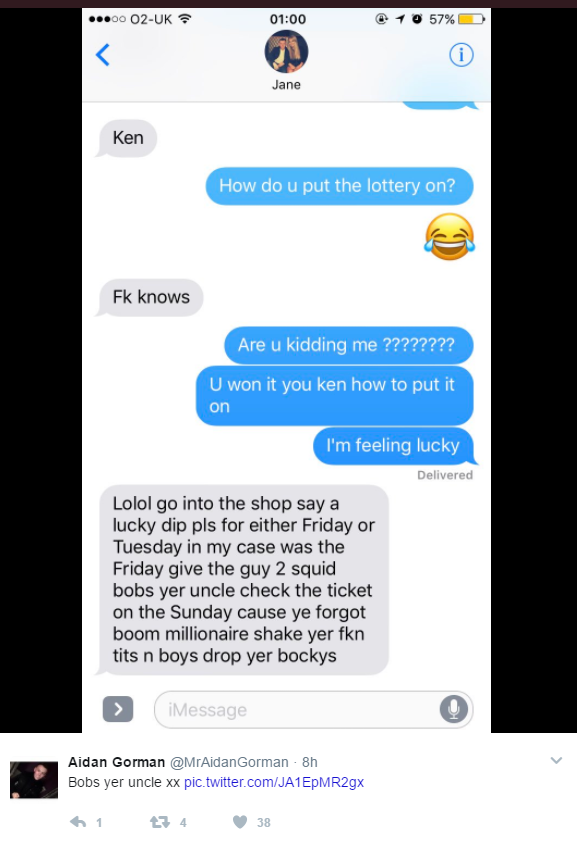 Jane’s words of advice emerged in a text exchange between herself and pal Aidan Gorman.

At the start of the conversation, Aidan asked her: “How do you put the lottery on.”

Aidan was surprised at the response, asking “Are you kidding me?

Jane then revealed her secret, writing: “You go into the shop say a lucky dip please, for either Friday or Tuesday, in my case it was the Friday.

“Give the guy two quid, bobs your uncle check your ticket on the Sunday because you forgot.

Aidan Gorman originally tweeted a picture of the exchange in the early hours of this morning, before Jane herself retweeted it.

Back in 2015, she said her first purchases after scooping the prize were a Louis Vuitton handbag and a Chihuahua puppy.