A PICTURE is worth a thousand words.

Just as well, given the reticence of those responsible for Raith Rovers’ relegation to speak about the club’s lamentable descent into League 1.

Twenty minutes had passed since the Fifers were condemned to the third tier at the hands of part-time Brechin City, when the assembled press were informed that no Rovers players from the match-day squad would be available to address the afternoon’s drama.

The reason was obvious; the image of them trudging from the field, humbled and devastated, said it all. Clearly, no-one in the dressing room was enthused by the prospect of facing a bank of dictaphones to explain the inexplicable.

Regardless of what the now-departed John Hughes may imply, these players do care. Nevertheless, larger clubs than Raith have been relegated and more substantial egos have been punctured. Generally, someone always fronts up. A senior player articulates the pain and seeks to comfort the supporters.

One cannot help but feel it sums up the rudderless nature of Rovers’ slide to League 1 that no-one did.

The Raith dressing room is not a cabal of enfant terribles, nor is it shorn of quality. Five of the players who started against Brechin were also involved in the promotion playoffs against Hibernian last season during the – in hindsight – miraculous reign of Ray McKinnon.

But they have been battered into submission by a disastrous campaign. The confidence and belief dissipated under Gary Locke and, charged with arresting the malaise, Hughes stripped away precious morale by regularly lambasting his players and often seeming to distance himself from the travails and failings in Fife.

For Raith’s demise, read Hibs under Terry Butcher in 2013/14: underperforming players, who must shoulder a large portion of the blame, but let down by one-note man-management.

As a consequence, an uncertain summer of cost-cutting and forward planning awaits as they seek to scramble out of the third tier again. 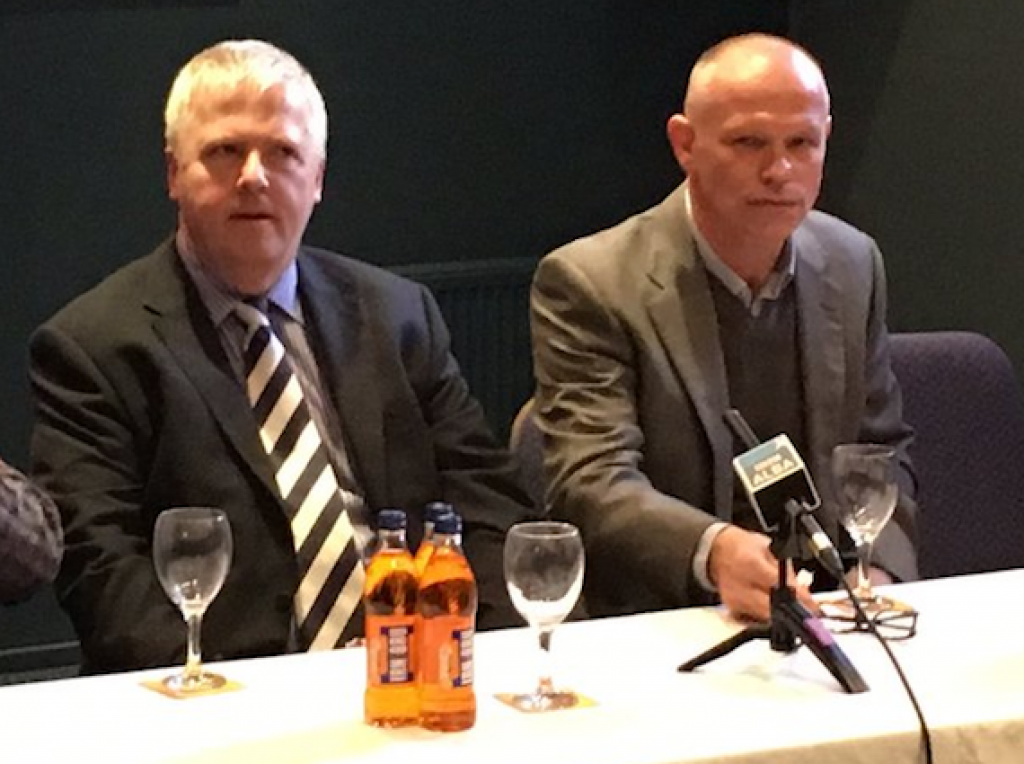 Questions will also be aimed at the board. Chief executive Eric Drysdale, who was unreachable when contacted yesterday, is an engaging, open personality who undoubtedly has the best interests of Rovers at heart. No supporter should doubt that. This year, however, has been his annus horribilis.

Locke was an underwhelming appointment among fans that ultimately proved ill-judged. The amiable boss enjoyed a bright start and was popular to the end among the players but, after 14 matches without a win, they were in free-fall in February. A change was entirely justifiable.

However, the notion that Rovers were already doomed should not be indulged. They were not in the relegation zone when Locke left, his replacement was not arriving on a wing and a prayer. With the right appointment, the Kirkcaldy club could, and should, have survived.

Drysdale went out on a limb for Hughes. A manager of real stature and pedigree, but a stylistically odd fit from the start, given his commitment to passing football and the fact Raith – on their best day – have a squad built on efficacy, organisation and work ethic rather than technique.

Results improved, particularly at home, but not sufficiently to secure survival and, if the job of a manager – in any profession – is to motivate a disparate group of personalities, whether young and brash or senior and obdurate, he failed.

Then there is the debacle of allowing Lewis Vaughan to join divisional rivals Dumbarton on loan. He is a player with uncommon flair and intelligence, if somewhat raw. More importantly, he is a home-grown talent who – along with the likes of Ross Callachan and Ross Matthews – should be the lifeblood of Raith Rovers. 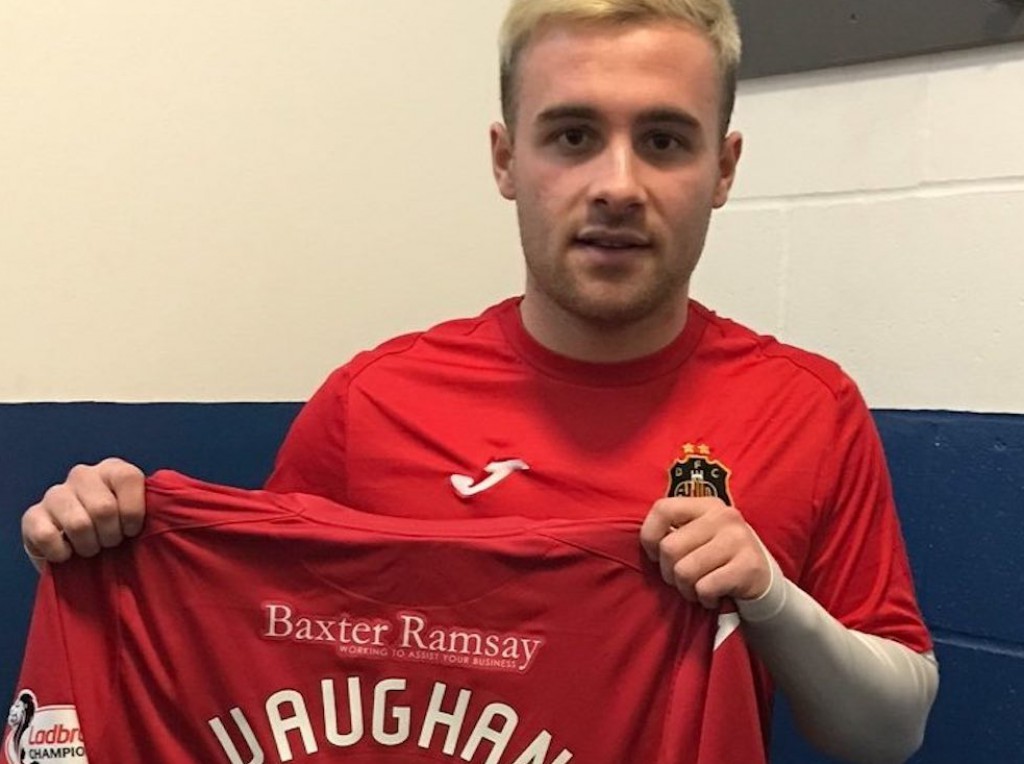 Instead, he scored four goals for the Sons to help them stay in the Championship and must now return to a parent club in League 1. Farcical.

With everyone of a Rovers persuasion swerving post-match interviews following their chastening drop, it was left to their former manager – 15 minutes before his departure – to sound a brief note of optimism.

“This club will come back again, there is no doubt about that,” said Hughes. “This pain needs to be the fuel for that.”

Indeed, if there is to be a silver lining, it may come from Rovers’ academy set-up. Just 12 months after its inception – originally with only five signed players – their youth side claimed the Development League East title, with the likes of Yaw Osei, Ryan Stevenson and Jonny Court all looking the part.

In Development Squad manager Craig Easton, they also have a diligent, popular young coach with a real force of personality. It would seem foolish not to consider him for the step up alongside the likes of Stevie Aitken and Darren Young, who will be on Rovers’ radar.

Brechin, meanwhile, march on to the playoff final against Alloa after a truly staggering effort in Kirkcaldy.

Darren Dods’ part-time outfit led twice in normal time through Ross Caldwell and Alan Trouten but were pegged back on each occasion, with Jean-Yves M’voto and Declan McManus restoring parity – the latter coming with 92 minutes on the clock.

By all logic, that should have been Brechin’s chance gone. Even more so when Ryan Hardie gave Rovers the lead in the first period of extra-time.

Liam Watt had other ideas as he curled a sumptuous free-kick into the top-corner from all of 30 yards after 115 minutes of action. For a part-time player to have the energy, technique and ability to produce that moment of inspiration in his 205th minute of action in the space of three days was magnificent.

It was hard to grudge the Hedgemen their triumph as the tie was decided from the penalty spot, with Graeme Smith plunging to deny Bobby Barr, Ryan Hardie and Scott Robertson from the spot to allow Andy Jackson to stroke home the winning kick.

“I was actually pretty confident going into the shoot-out,” said penalty hero Smith. “Now that I’m that bit older and have that experience, I kind of talked myself into believing I would save a couple.

“That bit of psychology makes a difference and I think that comes with age, but there’s obviously a bit of luck involved.

“It was just a brilliant feeling. My son, who is four-and-a-half and his wee cousin were at the game. He’ll be buzzing – he hates his dad losing, so that’s a moment to share with them.”

He added: “The attitude and fitness of some of these boys is unbelievable. That is us at our best. To concede a last minute goal, then come back from behind in extra-time, was absolutely massive.”