GREIG SPENCE has confessed he was the most relieved man in Alloa at the weekend after fearing his nightmare miss had cost the Wasps their promotion dream.

And the former Celtic striker is now determined to make the most of his reprieve to help steer Jim Goodwin’s men back to the Championship.

Spence passed up a golden opportunity to see off Airdrie in normal time in Saturday’s play-off semi-final when he somehow scooped his shot up against the crossbar and over from barely six yards out. 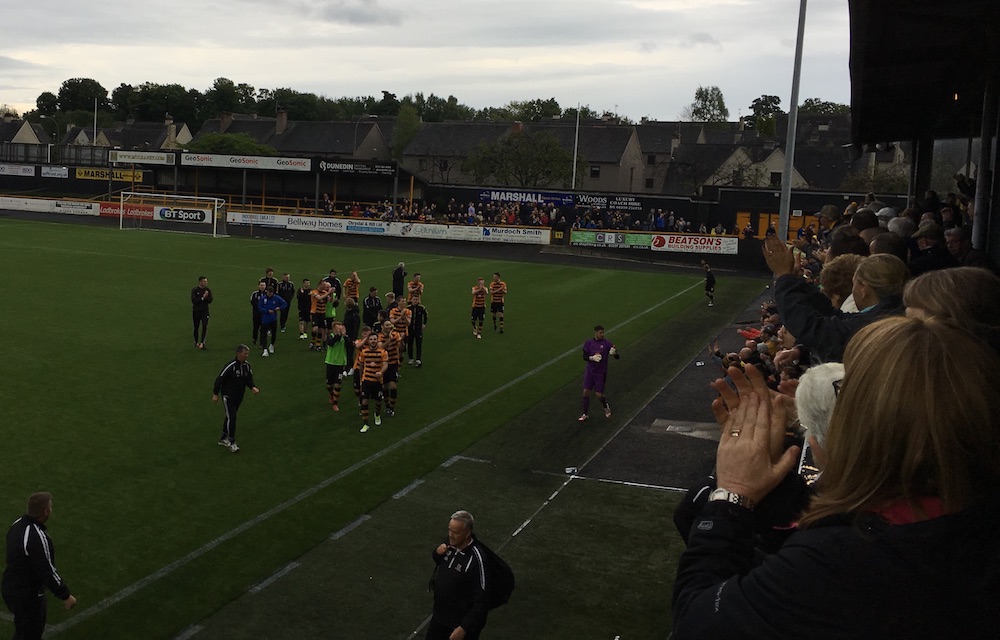 The 24-year-old joked of there being a divot in the Indodrill Stadium artificial surface and insists he will be able to laugh off the miss when Alloa take on Brechin City on Wednesday night in the first-leg of their final.

But he admits he was thankful when two saves from keeper Neil Parry and full-back Calum Waters’ penalty earned Athletic their dramatic spot-kicks win over Airdrie as they attempt to bounce back from last year’s relegation at the first time of asking.

He told @CCP_sport: “I missed a sitter just after we scored that would have put the game to bed at the weekend.

“So, I think I was the most relieved man in Alloa when we went through. It was very nerve-racking.

“I don’t know what happened – I did joke about there being divots on the Astro turf!

“But, fortunately for me, things like that don’t really affect me. It’s not something that will dent my confidence, you’ve just got to laugh these things off.

“I’m just glad the lads got me out of a hole and we can kick on again.

Alloa defeated Brechin three times out of four meetings in the league this season, with their final encounter last month finishing with a 6-1 victory for the Wasps.

And Spence admits he and his team-mates could be more comfortable travelling to familiar surroundings at Glebe Park, rather than former club Raith Rovers.

He added: “I think we were expecting it to be Raith but we know Brechin are a really good team, we’ve had tough games against them all season.

“We know what they’ve got, they know what we’ve got, so it’s a case of turning up and proving why we finished second in the table.”