Young concedes that Rovers “got more than they bargained for” after counting on Hughes’ no-nonsense style to arrest the slump which saw them fail to win a match between October and February under Gary Locke.

However, Hughes proved wildly unpopular, with his repeated rants and unwillingness to shoulder enough of the blame alienating players.

That was underlined during an astonishing tirade at his players following a 5-0 defeat at St Mirren, during which he questioned their quality, character and attitudes. Young believes those admonishments should have been done privately and acknowledges that it did nothing to motivate a squad already lacking in confidence.

Hughes’ disastrous reign ended in ignominy as Rovers were relegated at the hands of Brechin City on Saturday.

“We deliberately looked to appoint John Hughes because of his more macho approach – possibly Gary Locke was too nice a guy,” said Young candidly. “But maybe we got more than we bargained for with him.

“He came in at a bad time for this club and tried to get us out of that. However there are things that – if they need to be done or said – that should happen within the dressing room.

Asked by Raith TV whether Hughes’ style had a negative effect on the players, he simply added: “Yes”.

While Rovers’ malaise undoubtedly started under Locke, Young is adamant the appointment of the former Hearts and Kilmarnock boss was not a mistake. 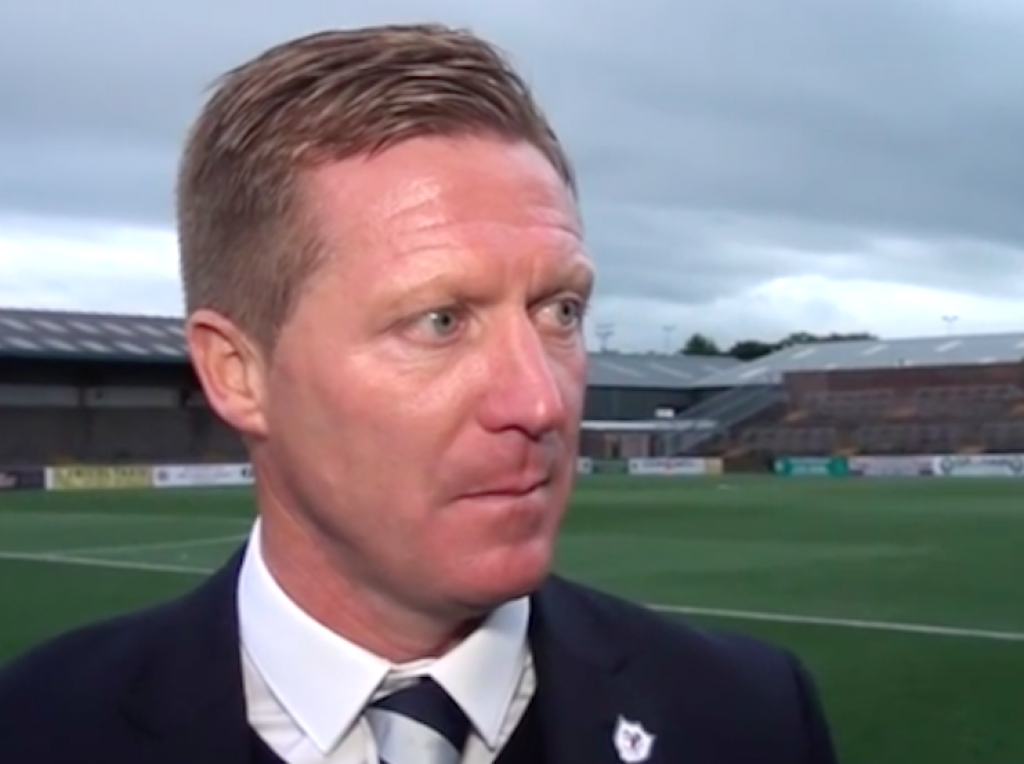 Locke was dismissed in February following a winless run of 14 matches with the Fifers were precariously close to the relegation zone, but the Stark’s Park supremo believes the downfall of his tenure came in the form of his recruitment.

“We were aware of Gary’s win percentages at previous clubs,” explained Young. “But there were specific reasons at both Hearts and Kilmarnock. We felt that, while there was a risk, it was a risk worth taking. With the benefit of hindsight, that didn’t work.

“However, and I’ll probably get pelters for this, I don’t believe the appointment of Gary Locke was a mistake.

“Where it went wrong was that we did not control his recruitment policy.

“We had a good nucleus of players here, and the players he brought in did not blend well with the existing group.”

Young, meanwhile, has expressed regret regarding the Lewis Vaughan farce.

He was loaned to Championship rivals Dumbarton in January when the Sons were a mere five points below Raith and proceeded to score four goals as they overhauled Rovers on goal difference. Vaughan’s goals earned Dumbarton six points.

“The manager indicated that he was not going to get game time here,” said Young. “The only interest came from Dumbarton. It was then a matter of sitting down and saying ‘do we do this?’

“At the time we were not intending on being relegated or being drawn into a relegation dog-fight.

“Of course it is a regret, with the benefit of hindsight, so let’s just ensure that he is the player who gets us promoted next season.”

Rovers will seek to make a swift appointment as they rebuild ahead of next season, with interviews expected to begin this week.

In the fulness of time, however, Young has confirmed he will consider his own position.

“We are all supporters. It has been a horrendously stressful time,” added Young. “At the right time, I will certainly be giving consideration to my position – but the right time is not now.

“We have just been relegated, we don’t have a manager and we need to move ahead, and move ahead quickly.”