JEAN-YVES M’VOTO admits he still feels guilty for the part he played in Raith Rovers’ relegation – but he is confident better times lie ahead after joining rivals Dunfermline.

The 28-year-old has penned a one-year deal with the Pars after suffering the devastating blow of Raith’s play-off semi-final defeat to Brechin City on Saturday.

The Frenchman scooped the Kirkcaldy outfit’s player of the year accolades but bowed out with the club on a low after making two mistakes that cost Rovers two goals at the weekend. 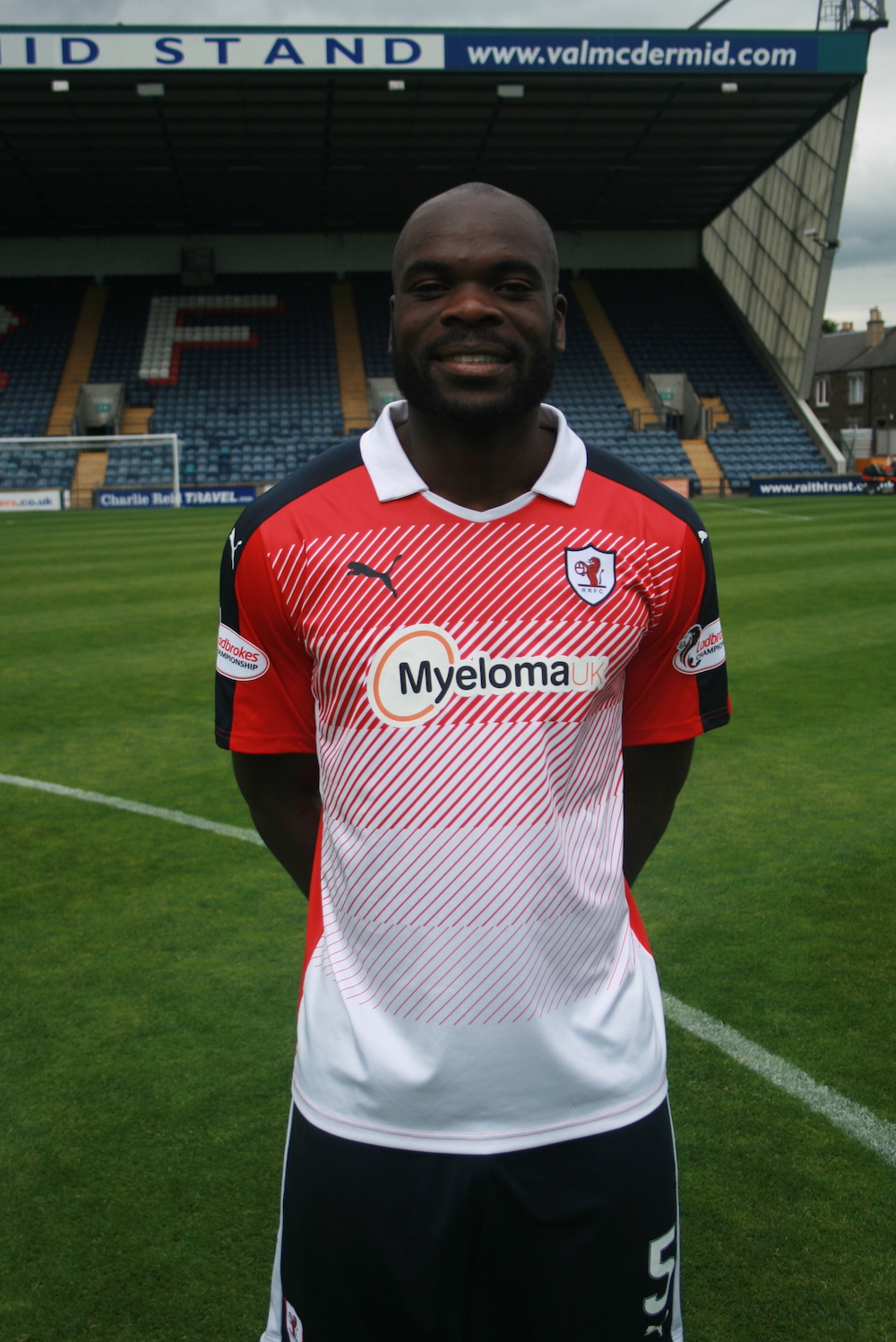 The former Paris Saint-Germain trainee, who also scored against Brechin, remains down about how his year with Raith panned out, but is looking forward to crossing the Fife football divide with Dunfermline next term.

He told @CCP_sport: “I know the season wasn’t great but in the last game I felt like I let down the team because I made two mistakes.

“That happens but I would rather it happened in the middle of the season and not in the play-offs.

“I feel bad for my team-mates and the fans, and I wish Raith Rovers all the best, but I just have to move on and take a holiday and get ready for the new season.

“Dunfermline is a big club and I hope we can go on to good things. I hope the new season is going to be better and we can achieve something big.

“When something big happens, whether it is promotion or relegation, you are remembered forever and it is unfortunate we went down with Raith.

“If the Raith fans want to boo me or whatever, I will understand; I’m not going to answer back, because I was in this team that went down. I can understand their anger.

“But when I move on to a new club I just want to focus on the next club and not what happened before, even though it was painful.”

M’voto is the first new signing of the summer for Dunfermline, who have agreed new deals with defenders Lee Ashcroft and Callum Morris, midfielder Nat Wedderburn and attacker Kallum Higginbotham in recent days.

One player who will be leaving East End Park this summer, however, is former club captain Callum Fordyce.

The 24-year-old joined the Pars from Livingston in 2015 but suffered a horrific broken leg and dislocated ankle shortly after and managed just 26 appearances for the club.

Fordyce said on Twitter: “Thanks to Dunfermline and everyone at the club for the past two years, an incredible group of lads and wish them all the best.”