A BIZARRE school fight video shows two pairs of girls trying to rip each other’s hair out – while a fifth pummels them with a foam baseball bat.

The frantic phone footage, filmed in upmarket Milngavie, East Dunbartonshire, begins with two young girls, thought to only be around 13-years-old, arguing and surrounded by a baying mob of youngsters.

The red-headed teen asks “What the f*** are you going to do?” before launching at the brunette.

Grabbing her hair by the ponytail, the brunette is thrown to the ground as she frantically attempts to grab on to her combatants hair as well. 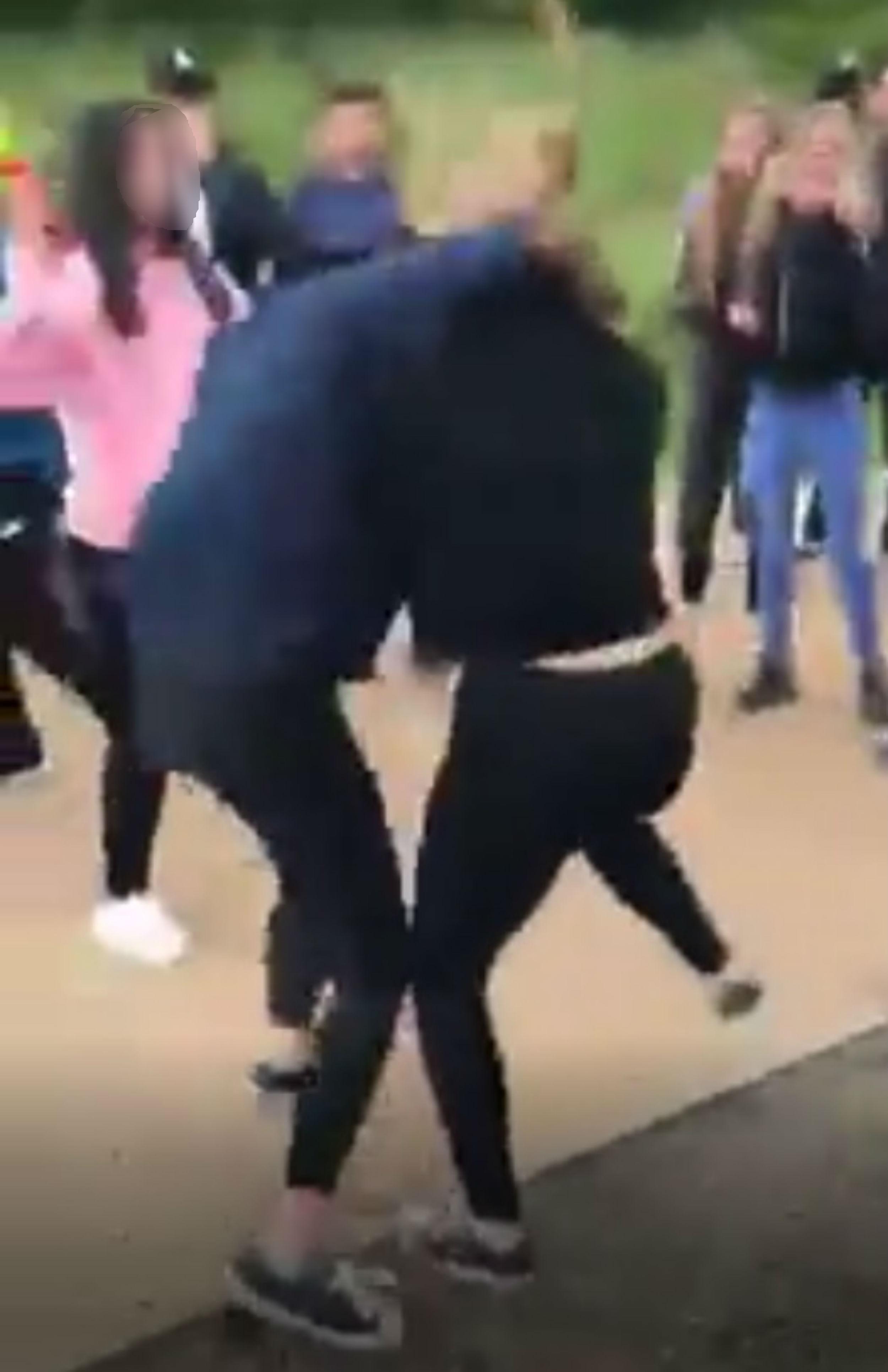 Randomly, another pair of girls are then propelled into the camera shot, ferociously yanking at each other’s hair and punching each other in the head.

Then, in a strange twist, a girl wearing a pink jumper appears swinging a red and yellow foam bat around before joining in by nonchalantly bopping the girls on the head.

As the camera spins round, the original red-head fighter is spotted sitting on the ground – still clutching at her enemy’s hair who is stood over her.

The foam bat girl then makes another appearance shouting “woo” while continuing to tap one of the girls from the second fight on the bum. 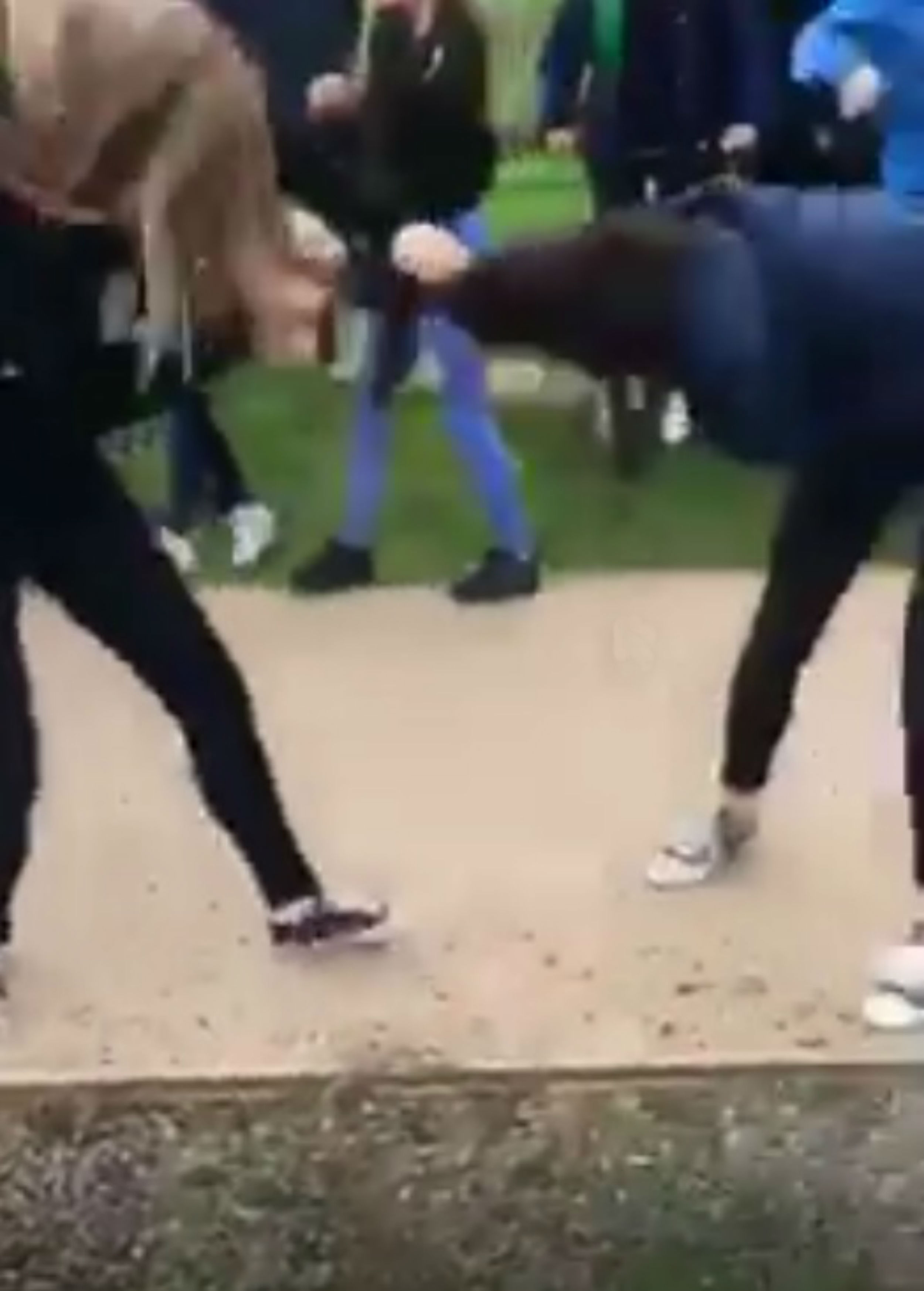 The bat is then shown repeatedly tapping the remaining fighters on the head while dozens of school kids egg the girls on.

The clip, which was shared on Facebook yesterday but later removed, ends after the redhead and brunette suddenly call it quits. 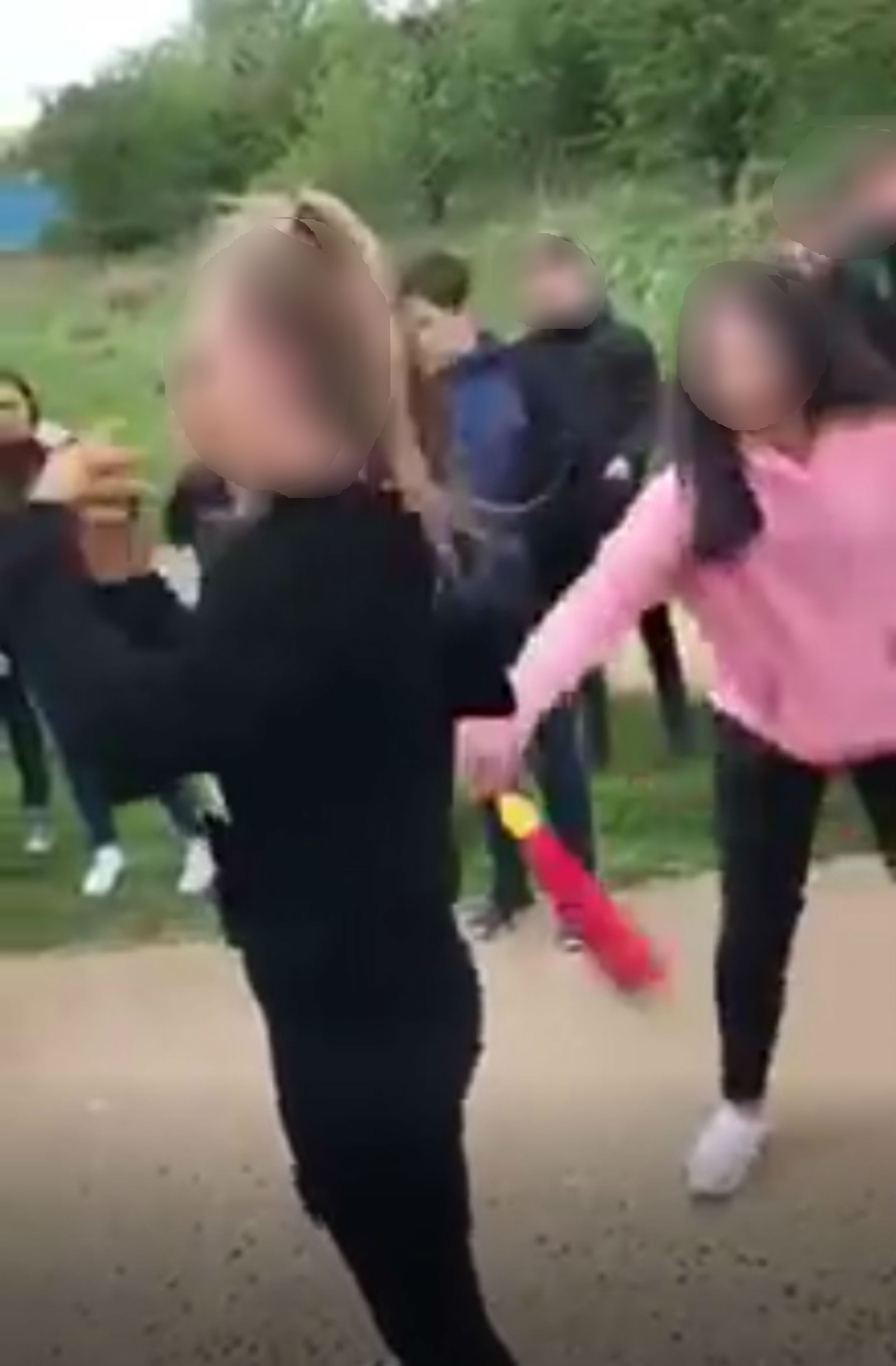 Throughout the two-minute-clip a number of male voices can be heard shouting “Let’s go, let’s go” urging the fights to continue.

The clip received more than 15,000 views and hundreds of comments in the short time it was online.

Along with three crying with laughter emoji’s, Nicola Andrews said: “Why is that wee lassie just casually tapping them on the head with a kid-on bat?” 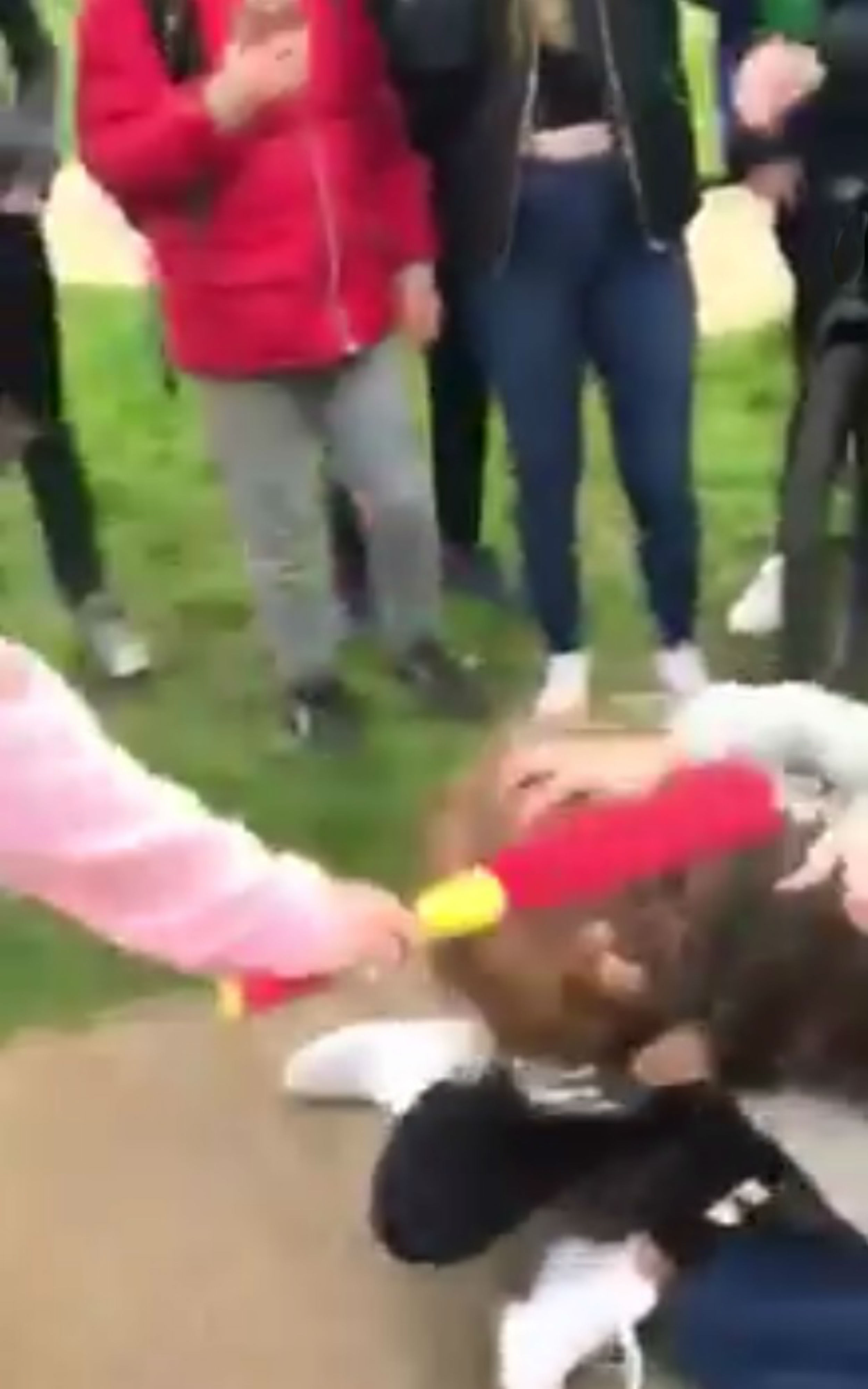 Zoe Murphy wrote: “Can’t stop laughing at this and watching the girl with the bat.”

And Stephanie Odonnell added: “All they’re doing is holding each other’s hair and rolling on top of each other.”