Commonwealth super lightweight champion Josh Taylor admits he is hoping to benefit from the support that helped take Ricky Burns to the top after Glasgow was confirmed as the venue for his next fight.

The Edinburgh boxer will take on Ohara Davies for the Londoner’s WBC Silver title at the Braehead Arena on July 8, with the bout to be broadcast on Channel 5.

Taylor won the Commonwealth belt at Meadowbank last October and successful defended the title in his home city against Warren Joubert in March. 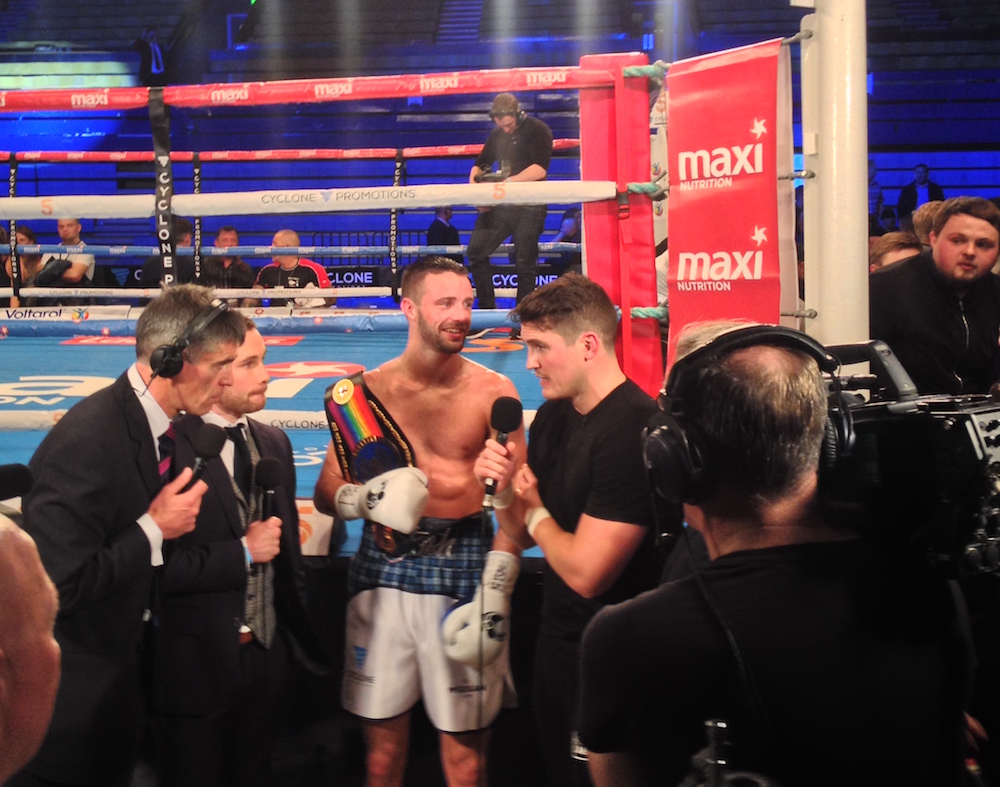 Burns fought out of the Braehead Arena on his way to becoming a three-weight world champion and Taylor is planning to put on a show for the boxing public in the west of the country with a tenth straight win over fellow undefeated fighter Davies.

Speaking to Capital City Press, Taylor, 26, said: “I was going to have to move out of Edinburgh anyway because there are not that many venues. Glasgow was something that was going to happen, it’s maybe earlier than expected but it’s good.

“I’d love to get that support that Ricky Burns had in the last three, four five years. It’s something I plan to embrace.

“What a fight as well, it’s a huge fight. It’s been announced and it’s amazing to be taking it to that next level.”

The pair will finally settle their differences in the ring after clashing on social media for months but Taylor reckons Davies, who racked up a 15th straight win in March after stopping Derry Mathews, is now running scared.

He added: “He has been mouthy in the past, that’s what got us the fight.

“But since it was announced he has been quiet on social media. I don’t know how he’s feeling, if he can back his mouth up – but I’m supremely confident.

“He’s been making so much noise and calling me this and that. (Davies’ promoter) Eddie Hearn then mentioned the thing about a contract on Twitter and we responded. We sent a contract and they accepted it.

“He’s never been in with anybody in our weight class really. He’s only been in with lightweights and old men. I’m the same age and I’m hungry.”