DRAMATIC footage shows a driver desperately trying to escape one of Britain’s controversial “smart motorways” – after a wheel came off at 70mph.

The clip shows the driver risking a fatal crash by continuing on the M25 with the exposed wheel hub scraping against the road surface.

The stretch of motorway in Surrey in the video has increased capacity because it has no hard shoulder. Safety depends on signs which, in the event of an incident, close the “slow” lane and reduce the speed limit.

But motoring organisation the AA said the video showed the “horrendous” situation faced by drivers and called on ministers to reassess the safety of smart motorways.

The clip is recorded near junction 6 of the M25 in Surrey, and shows a car travelling on the inside lane of the four carriageway route, with its front right wheel missing.

Despite the exposed metal wheel hub scraping against the asphalt, the driver apparently preferred damaging the vehicle by pressing on rather than stopping on one of Europe’s busiest motorways.

The footage was recorded last Friday morning by Mick Sprigmore, who was driving the dash cam vehicle.

After watching the clip, AA president Edmund King slammed the situation the driver was placed in. 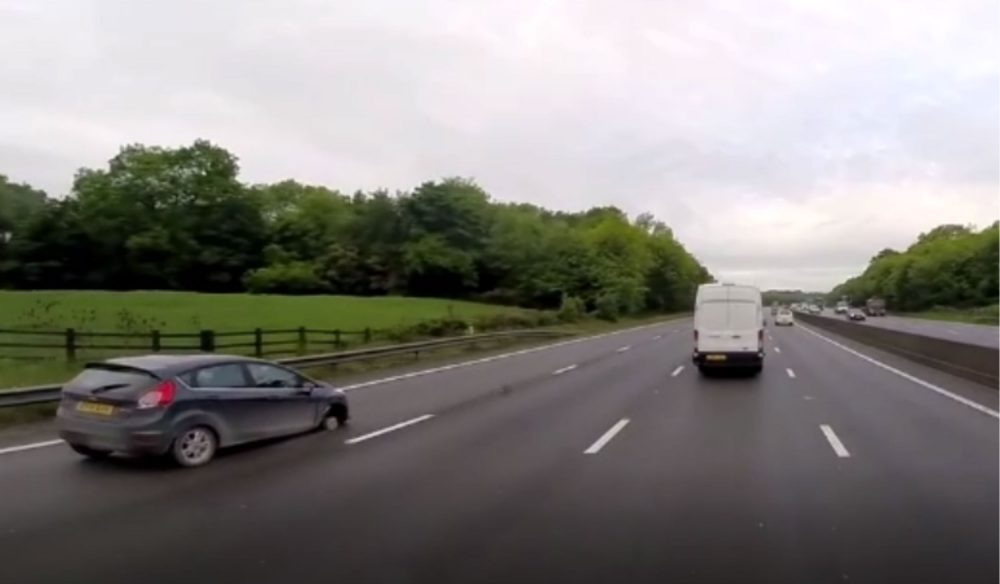 He said: “This is every driver’s worst nightmare. He is playing Russian roulette, does he limp to the exit and risk sparks flying and a potential crash, or does he stop and become a sitting duck with his hazards on and pray.

“It is a horrendous choice and we have been raising the issues of smart motorways with the Transport Secretary for four years now.

“There is nowhere safe for this car to stop in this long clip. We think emergency laybys on smart motorways should be at least twice as close, at least then cars could limp to them.”
“This clip is a warning. It is certainly something we will be raising again with the new Transport Secretary, whoever that may be.”

After the footage was shared online, several social media users reacted with shock. 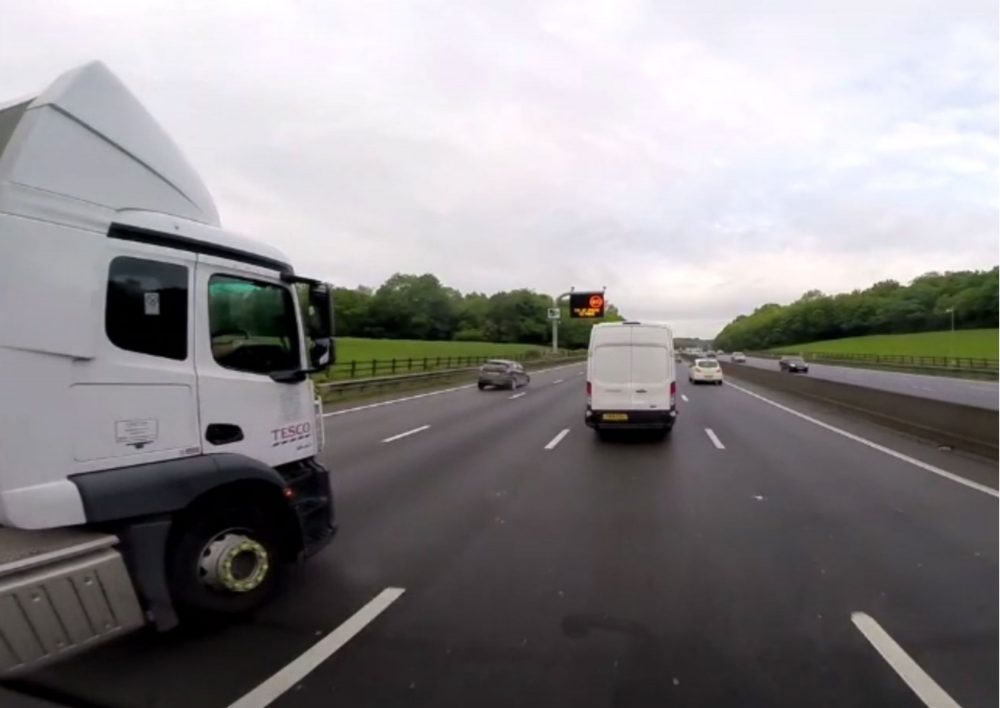 The first smart motorway was trialled on the M42, West Midlands in 2006, and they have since been introduced on several others, including the M1, M4 and M25.

Several road safety groups have criticised the roads in the past.

When they were first introduced in 2006, road safety charity Brake said the scheme could be “potentially life-threatening.”

Earlier this year, Brake called the high number of crashes on the M4 “shocking” and raised concerns over the controversial Smart Motorway plan.

There were close on the motorway between junction 12 and junction 8/9, where smart motorway measures are in place, between January 2016 and January 2017.

A Brake spokeswoman said: “Permanently converting a hard shoulder into a fourth lane provides a substantial risk to stranded drivers, and could potentially hinder the emergency services.”

An AA poll last year revealed that eight out of 10 drivers think that removal of hard-shoulders on smart motorways has made motorways more dangerous.

“The hard shoulder is used for traffic, either permanently or at peak times. This creates an extra lane to provide additional capacity.

“Emergency refuge areas provide an area of rel a tive safety fol low ing a break down on a smart motorway. If you are driving at 60mph you will reach a place you can stop in an emergency every 75 seconds on average.”