BBC weather presenter Carol Kirkwood has become the hilarious target of a soaked cyclist’s fury after he was caught in the “p*****g” rain and wind.

However, when he made it to the hills in Falkland, Fife, he was shocked to be greeted by driving wind and rain.

Such was his disgust and the inaccurate weather forecast, David decided to film a video of himself slamming Kirkwood and saying that if he ever meets her, he’s going to “soak her with a bucket of water.”

He uploaded the 17-second-clip to Facebook yesterday with the caption: “Well she’s not been sacked. She’s back spreading her lies again this morning.”

Filmed in a selfie shot, the video shows David on his bike with his jacket and wet helmet, as he starts by saying: “Just a quickie right. See if I ever meet that Carol Kirkwood, i’m going to soak her with a f*****g bucket of water.

Speaking today about the clip, David said: “The weather was nothing at all like what she had said, i’m glad I had my Gore-Tex jacket with me.

“As soon as I got my bike out, it started to rain but I said ‘oh it’ll go off because Carol said it’d be nice. 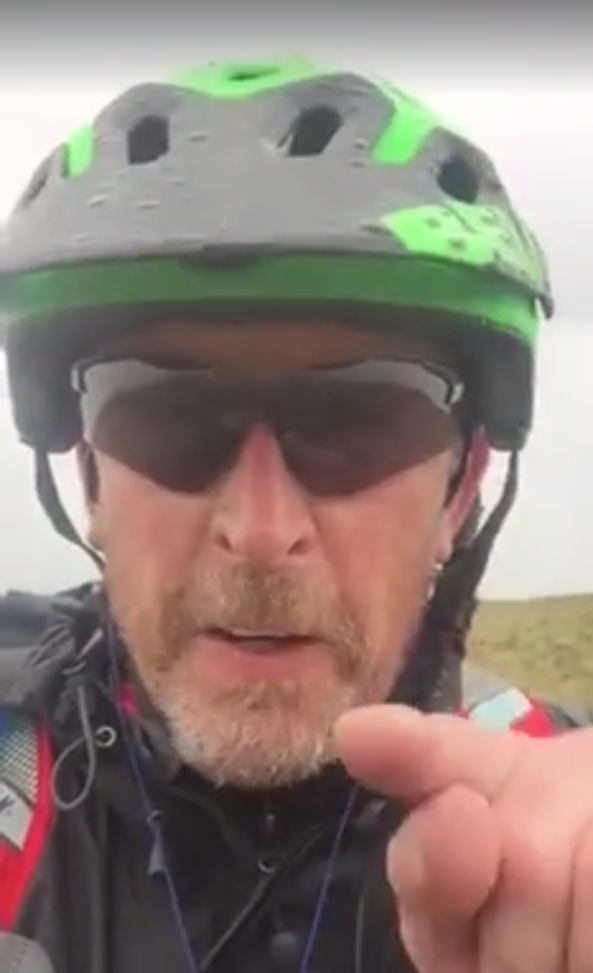 “But it didn’t. It was that soaking rain that drenches you and just got heavier and heavier and I was cycling for four hours.

“It was windy as well, properly gusting and she had said it was going to be calm and nice so I decided to film myself to vent.

“As soon as I got back to the van, the rain went off and half an hour later when I got home, the pavements were starting to become dry.”

Carol Kirkwood is a Scottish weather presenter, trained by the Met Office.

She’s originally from Morar, Invernessshire and appeared in the 2015 series of Strictly Come Dancing.