“Celtic’s defence and keeper can be ‘got at’ in Scottish Cup final,” insists ex-Aberdeen striker Steve Cowan

STEVE COWAN believes Celtic’s back four and keeper Craig Gordon could be a weak link for Aberdeen to target in the Scottish Cup final.

The former Dons striker is convinced his old club will make more of a game of the Hampden showpiece than they did in going down meekly to the Hoops in November’s League Cup final defeat.

And he reckons if Adam Rooney, Jonny Hayes and Niall McGinn are in the mood then the Pittodrie outfit could pull off a shock victory. 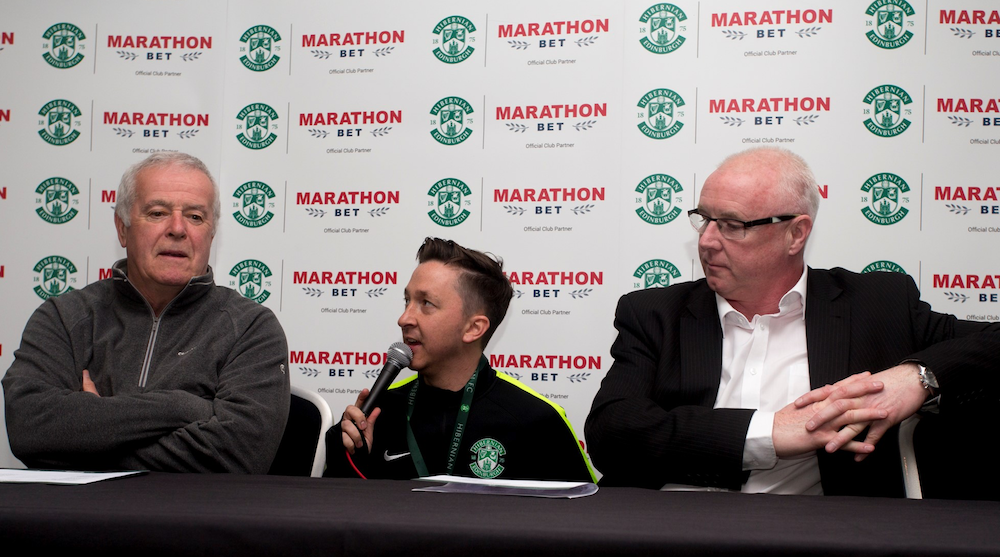 “What I mean by that is with crosses into the box.

“If Aberdeen can get crosses into dangerous areas, then they’ll put Celtic under pressure because the back four at Celtic – who have at times been pretty solid – have leaked goals.

“If Derek McInnes gets his front three doing that and Kenny MacLean and Ryan Jack, if he plays, being aggressive in the middle of the park then they’ll give themselves a chance.

“It’s a great opportunity for Aberdeen.

“I think it will be different this time.

“I would imagine Derek McInnes will have his team fired up, they’ll be aggressive and in Celtic’s faces, and if they’re going to go down they’ll go down with a fight.”

Cowan, who was at Aberdeen during the golden era of the early 1980s, when they won the Scottish Cup for three consecutive years in 1982, ’83 and ’84, admits denying Celtic the treble could prove impossible if Brendan Rodgers’ side score first.

But the former Hibs and Motherwell marksman insists the Dons can beat the ‘Invincibles’ if they draw first blood.

Speaking in conjunction with online bookmakers Marathonbet, he added: “It’s one of those ones where Aberdeen need to score first.

“If Celtic get ahead, it will be difficult to come back. Celtic will be desperate to get this treble.

“But Aberdeen have got the players – Rooney, Hayes, McGinn – and if they’re on form they’ve got a chance.

“If they can get a foothold in the game, and maybe an early goal they’ve got a chance of winning it.”