DARREN DODS has been rewarded with a new two-year contract after steering Brechin City to promotion to the Championship.

The Glebe Park outfit will play in Scotland’s second tier for the first time in 12 seasons after pulling off shock penalty-kicks wins over Raith Rovers and Alloa Athletic in the play-offs.

Dods, who has thanked the club’s board for sticking by him after he lost his first eight matches as boss in 2015, is now hard at work trying to beef up his squad for the step-up. 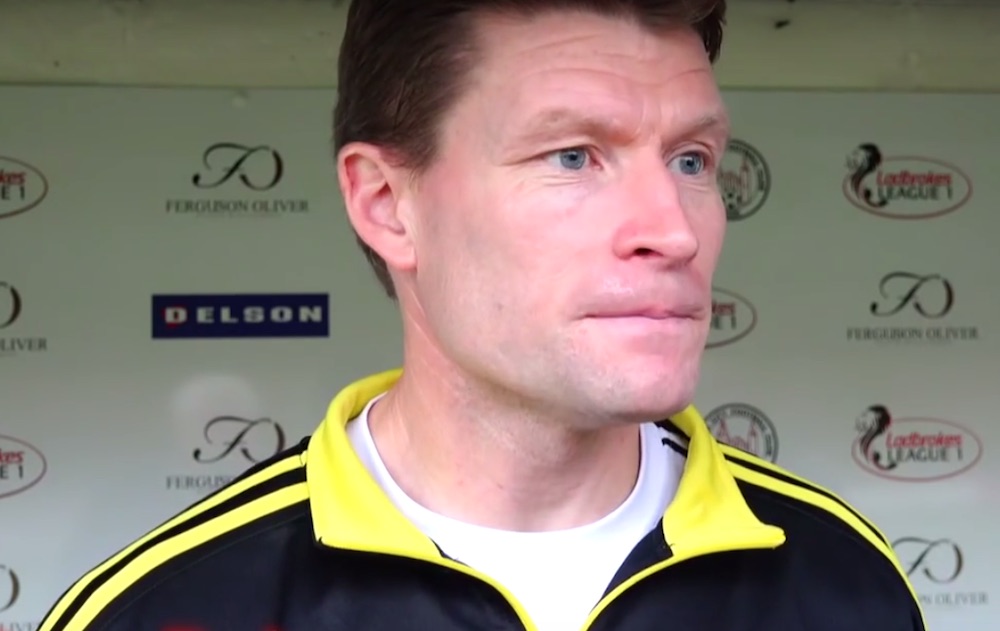 But with new contracts agreed with the core of his team from this season, the former Hibs and St Johnstone defender is relishing the prospect of coming up against old teams Inverness, Dundee Untied and Falkirk next term.

He told @CCP_sport: “It’s a two-year deal and I was happy to sign. Things have worked out well and we’re obviously delighted to have won promotion.

“We’ve got a young squad, one that’s got lots of improving to do and has lots of potential, and hopefully they rise to the challenge of going up to the Championship.

“We’ll be coming up against Dundee United, Inverness and Falkirk, three of my former teams, and it will be good to go back to these places as a manager, rather than a player.”