HEARTS striker Bjorn Johnsen has hailed his maiden call up to the Norway squad as a dream come true.

Johnsen, who was born in New York but qualifies for the Scandinavian nation through his father, Hasse, has scored six goals in 37 games for the Jambos since joining the club last summer.

He hit the headlines for the wrong reasons following a bust-up with Hearts head coach Ian Cathro at half-time of their recent 1-0 defeat to St Johnstone. 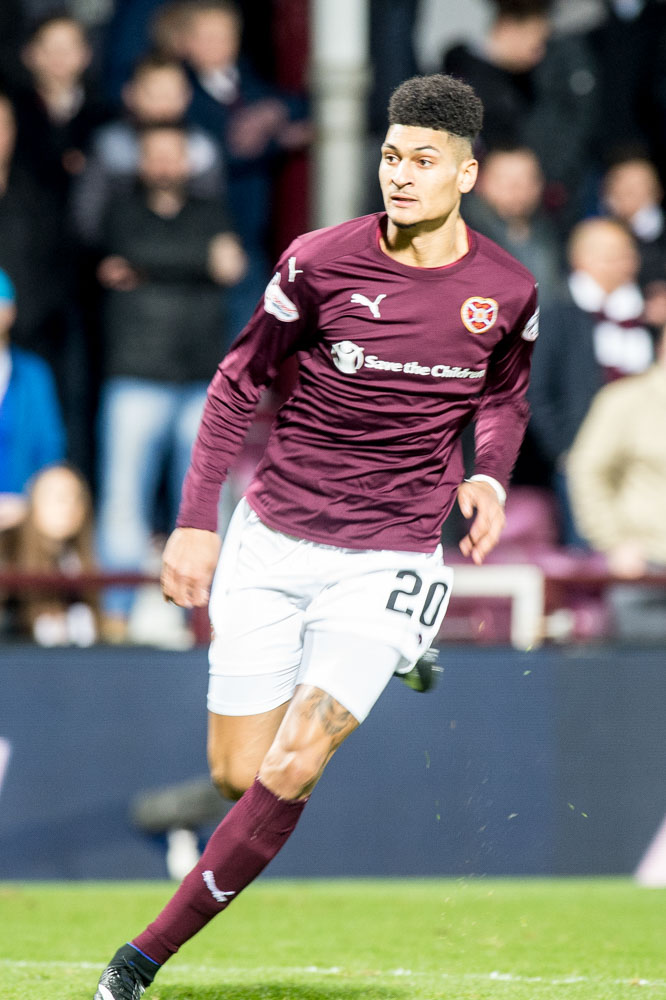 Nevertheless, he has impressed sufficiently to win a place in Lars Lagerback’s squad for the World Cup qualifier against Czech Republic next Saturday, and the subsequent friendly against Sweden three days later.

Johnsen tweeted: “Just got the call-up for Norway. Lifelong dream. Thanks to all that had helped me along the way.”

The Moroccan international signed for the Jambos last summer and, despite featuring regularly under Robbie Neilson, fell out of favour following the arrival of Cathro, ultimately leaving the club by mutual consent earlier this month.