ANIMAL lovers have posted a shocking picture of a cat found with one of its ears “scorched off” after it went missing for two days.

The gory image of the black and white tabby, called Shadow, shows the creature with painful looking wound where his ear would be.

Missing Cats in Scotland posted the snap of the poor cat last night on Facebook along with a message from its owner, stating that the pet’s ear had been deliberately burned off.

The post read: “Whitburn, West Lothian. We have received the following message:
“I just want to put out a warning to pet owners especially cat owners in the Whitburn area of West Lothian.

“My cat went missing for two days and came back to me with a horribly scorched ear. Someone has got a hold of him and set fire to his ear.

“This has been reported and he has been seen by a vet. Please everyone keep an eye on your furbabies.”

The owner of the cat, Samantha Salvatore, from Livingston, West Lothian, later posted on the page. 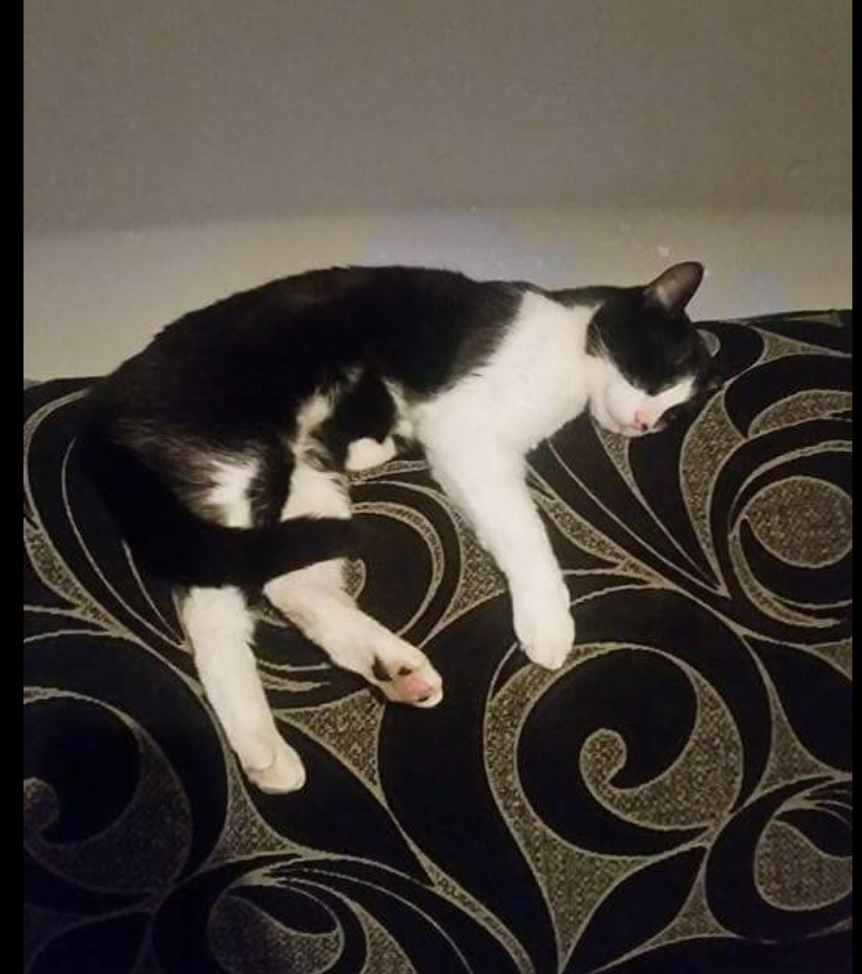 She wrote: “This little baby is my Shadow. He is on very strong pain killers and regular visits at the vets to watch for infections. Had to get my poor boy a little box as he will no longer go outside and I don’t blame him either. He’s been sat on the couch getting lots of cuddles”

Currently the photo has received over 400 shares and nearly 350 comments from social media users.

Samantha Salvatore, 21, has had Shadow since he was an eight-week-old kitten.

She said: “I am absolutely disgusted. I don’t understand how anyone can do that to a defenceless animal.

Samantha said the full horror of what had happened to Shadow, four, did not become obvious for several days.

She said: “He went missing for two days and came in at midnight. I noticed his ear was bleeding and crackled and I cleaned him up. The next day he was totally lethargic and I took him to the vet.

“His flesh has begun to come off his ears and the vet agrees they are burn marks.”
Samantha is now waiting on a full report on the cause and nature of the injuries from the vet so that she can report the crime to police.

Margaret Aytoun responded: “What has happened to what was our world? This is absolutely sickening and my heart is heavy.”

Susan O’Donnell said: “Poor cat and what a horrible shock for the owner.”

Anne Steele commented: “This makes me feel sick to my stomach. Poor poor boy. Sending love and healing hugs for a full recovery.”