DRAMATIC video shows Sir Chris Hoy spin off a racing track after his sports car was rear-ended at 75mph.

The video shows Sir Chris’s terrifying view as his Caterham is violently shunted off the circuit and spins through 180 degrees amid a cloud of gravel and dust.

At one point, the nose and right front wheel of the other car are barely a foot from Sir Chris’s head and he is saved from serious injury by his own vehicle’s roll cage.

Sir Chris was racing at the Brands Hatch Circuit in West Kingsdown, Kent, and was turning through the first corner when disaster struck.

The video shows the front and rear views as well as his speed at the time – 120kph (75mph).

His £30,000 Caterham Seven 310R – a purpose built racing machine – is hit by a fellow racer who tries to overtake on the inside but shunts the Scotsman’s rear wheel.

As his car is spun around, the wheel and front end of the other car comes within a few feet of Sir Chris’s head with only his roll-cage saving him from injury.

Both vehicles are sent spinning into the gravel as Sir Chris puts his head in his hands and his race is over.

The clip ends with car panels and parts left strewn across the gravel as dust rises into the cockpit.

Posting the footage online, the Scottish sporting star wrote: “It was all going so well! Taken out at Paddock Hill bend…”

Commenting on the clip viewers were left thankful the sportsman was left unhurt. 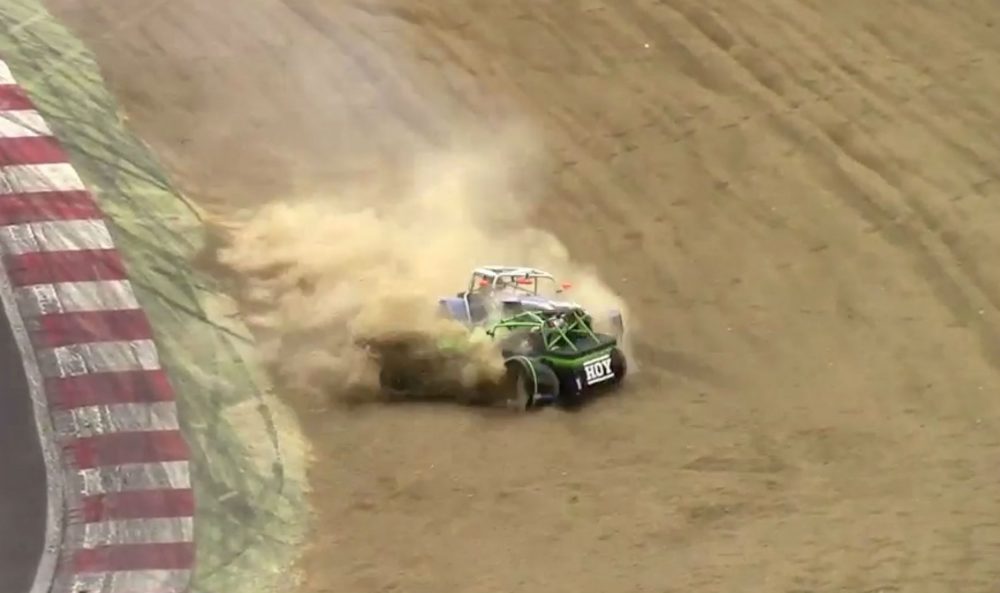 gerrytyrrell said: “Hope all is ok and the only thing lost is somewhere south of the cost of a new kitchen”

efwbphoto commented: “Gnarly. Your lucky you didn’t flip when you hit the gravel trap. Side ways, at the speed, on that slope!”

The event at Brands Hatch was Sir Chris’s first race in the new Caterham but the Olympic is no stranger to the sport.

Last year he took part in the grueling 24 hours of Le Man race in France, the pinnacle of endurance car racing where his team finished 12th in class and 18th overall, in the 60-car field. 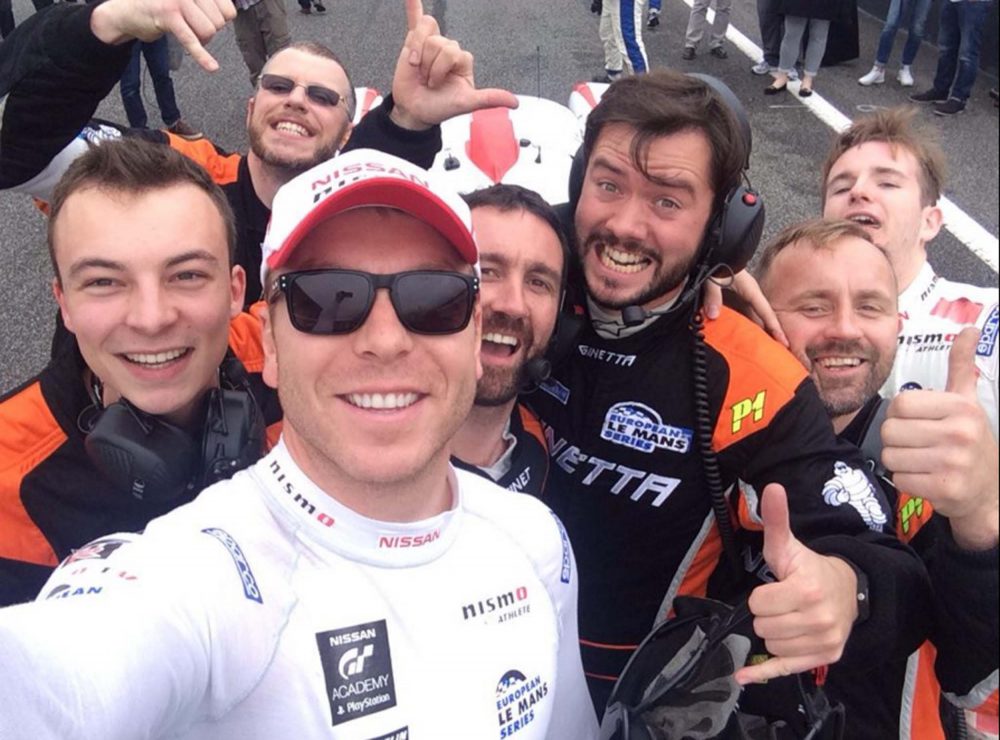 It shows a huge plume of dust engulf both vehicles as they slide at high speed on to the gravel trap.

Sir Chris’s body language does not suggest he is entirely happy with the chain of events and appears to throw his wrist support into the gravel.

The disgruntled racer is seen being escorted behind a tyre barrier and fence by marshalls were orange suits.

The other driver is also seen scrambling out of his car and appearing to run over to the marshalls.

His haste is thought to be motivated by the possibility of another car crashing rather than facing the wrath of Sir Chris.