A YOUNG golfer captured on video the moment he got his first hole-in-one after trying for 15 years.

Angus Bell set up his phone to film his swing but instead recorded his priceless reaction as the ball dropped into the hole 140 yards away.

Angus, 21, who has been playing since he was six, was playing a round of golf at the Old Course Ranfurly Golf Club in Bridge of Weir, Renfrewshire.

The trainee financial advisor is shown in the clip anxiously waiting for the ball to land.

His shocked friend Josh Telfer can then be seen walking away covering his face saying: “That’s in, that’s in. You’ve just got a f***** hole in one.”

Angus then picks up the camera from the grass, laughing, before saying: “I just videoed that.” before making his way to the hole and repeatedly saying “oh my god, oh my god.”

The camera then pans round to show the golf ball sitting in the hole. 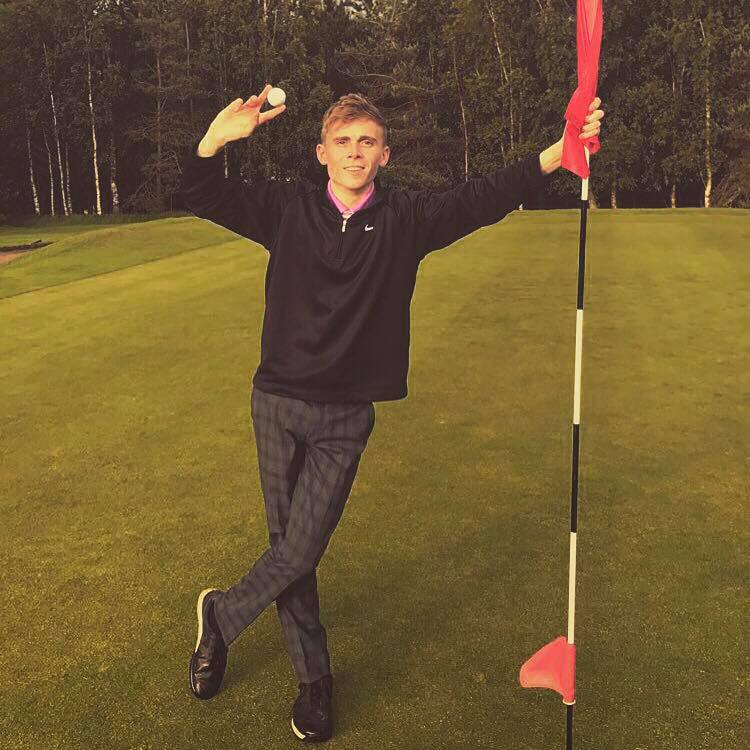 Angus has since described the incredible moment as being “a young golfer’s dream” and said it was the “best feeling” he has ever felt.

“Myself and Josh Telfer went for a quiet hit on a dull Monday evening after a very mediocre day at work.

“We stood on the 18th T like any other day. Josh led the way and to my delight he put it left. 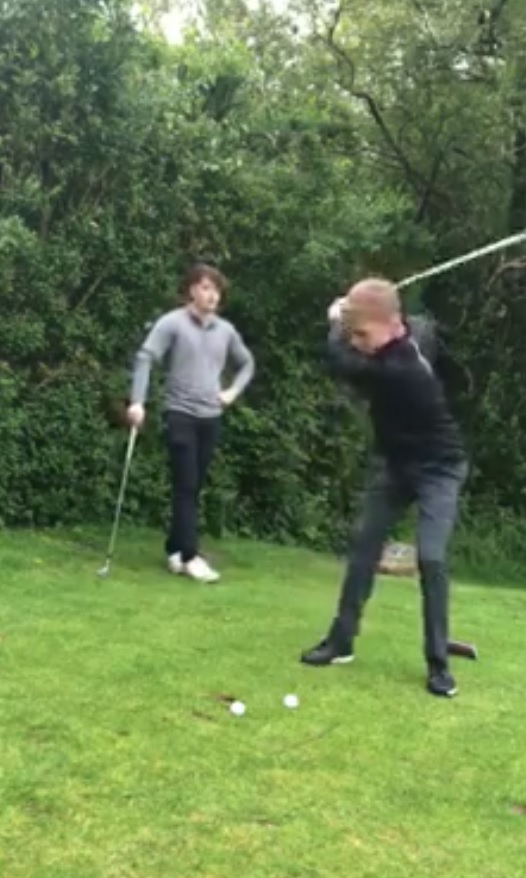 “I then for some bizarre reason decided to place my phone on record resting it against my bag as I wished to see how my swing was progressing.

“I threw a couple of balls down and what happened next is something I will remember forever.

“I apologise for the swearing as you can imagine I was extremely excited. I knew the ball was not big as it pitched just short and the pin was as front as it could be.

“Happy to share the moment with one of my best buddies. What a feeling.” 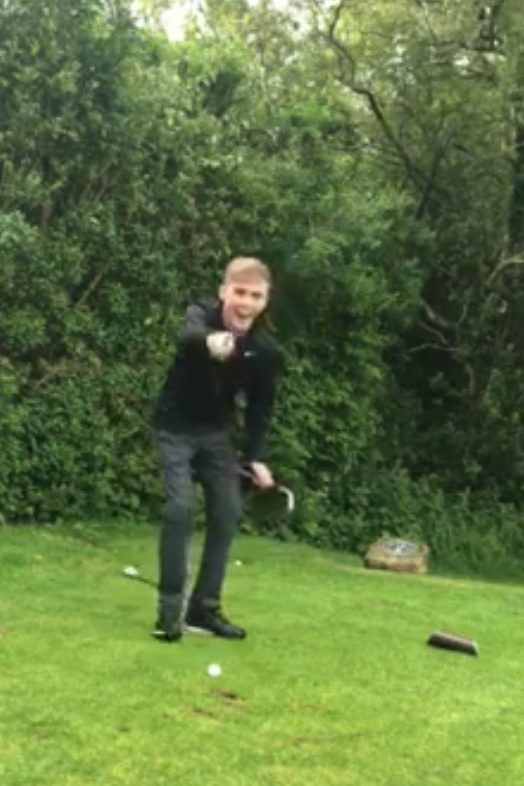 Speaking today he added: “I’m 21 and been playing since I was about six.

“My friend is at university in Stirling and is now home from the summer so we met for a few holes after I finished work.

“It was an absolutely great feeling, the best feeling I’ve ever felt.

“I played last night and ironically made a five on the hole which makes the whole situation even funnier.”