A HILARIOUS video shows the moment an amateur BMX rider attempts to perform a 180 spin – but ends up throwing himself on the pavement.

The funny clip posted online shows the wannabe stunt rider attempting the trick whilst cycling on a quiet street.

At the start of the comical clip, filmed in Edinburgh, the unknown Danny MacAskill impersonator can be seen coasting along the pavement, travelling at speed.

As he appraoches the camera, he makes a pathetic attempt to lift the handle bars on the bike trying to make it jump.

Whilst trying to raise the bike from the ground the young man then begins attempting to rotate the BMX.

The rear wheel – which is still firmly on the concrete – grips into the pavement and catapults the dare devil off the bike. 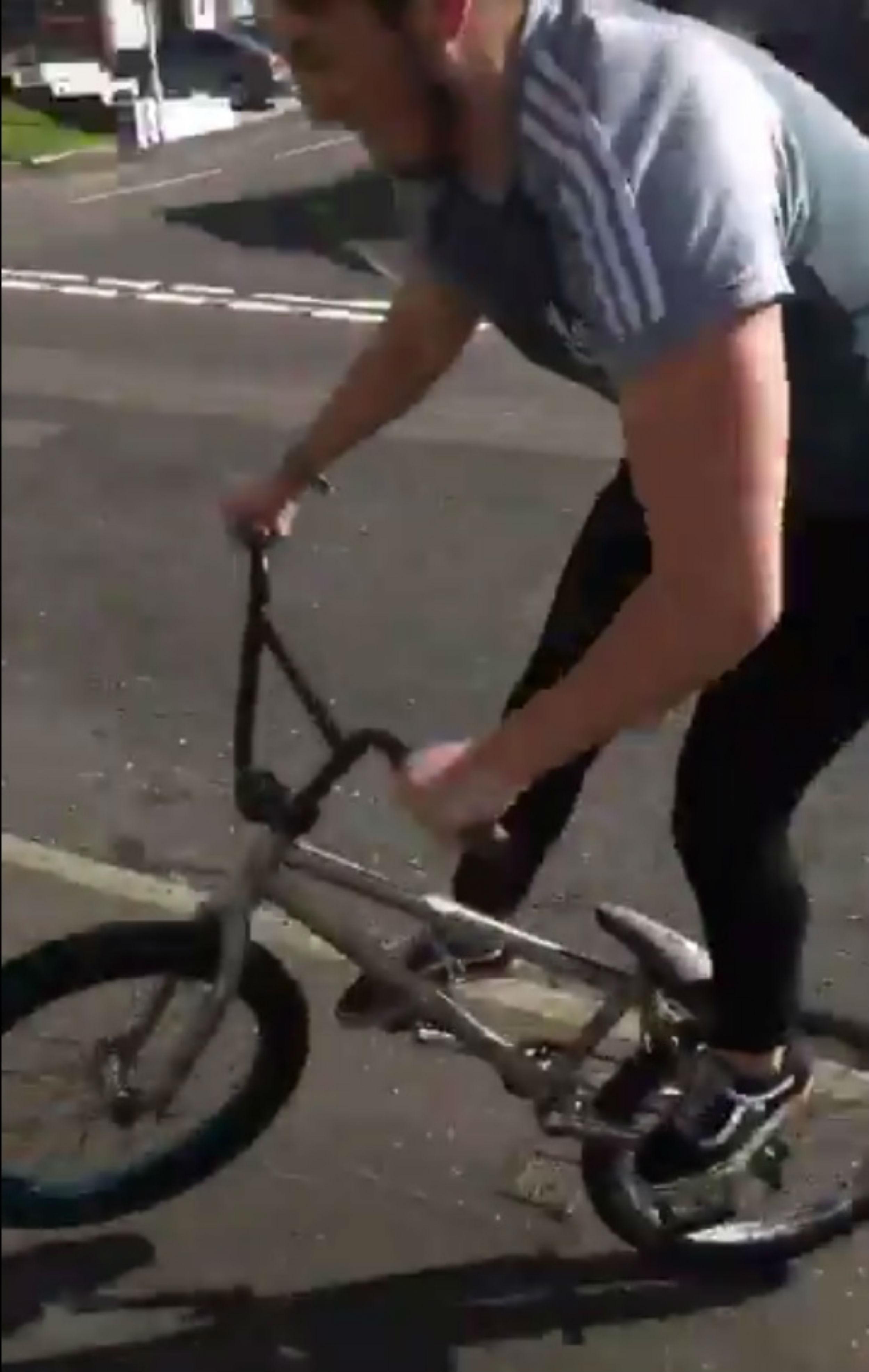 The BMX is seen coming with inches of smacking into the side of a silver car as the thrill-seeker is left on the ground – appearing unhurt despite the harsh looking fall.

The person filming the stunt blunder can be heard laughing at his friend, who has managed to roll over onto his hands and knees trying to get up.

The short five second clip was posted on Twitter at the weekend, and has so far received over 7100 likes and nearly 3200 retweets.

Hundred of social media users have commented on the entertaining clip.

@alexanderblxir wrote: “Tell him I’ll gee him some lessons one day”

@_EJ15 tweeted: “I think I’m gonna be sick from laughing”