MARK STEWART admits he was left with a bitter taste in his mouth at the way his Raith Rovers exit was handled.

But the former Falkirk and Dundee marksman insists he is excited by the challenge of moving into the part-time ranks for the first time after joining Dumbarton.

Stewart only signed a new deal with Raith in January, committing himself to the Stark’s Park club for another two years. 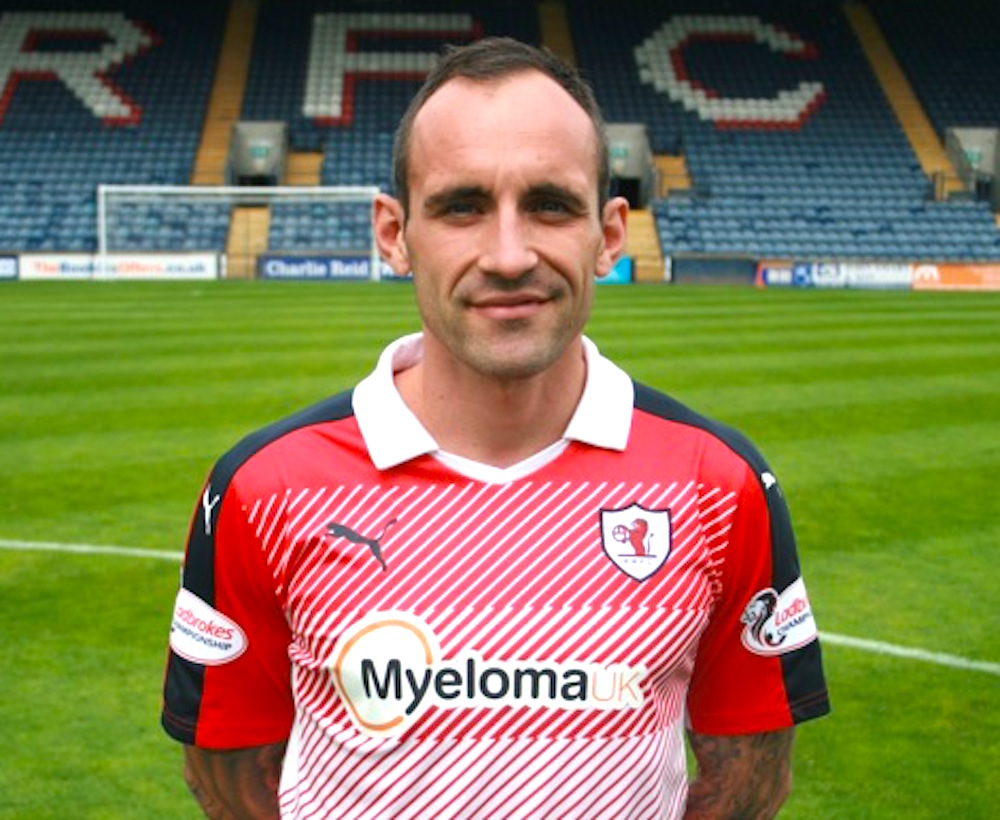 And, despite the contract containing a break clause for both sides in the event of relegation, the 28-year-old was initially told by Rovers he was wanted for next season’s League One promotion push.

But, after the appointment of Barry Smith as new manager, Stewart got a phone call to say the club was activating the clause and he would be leaving.

He told @CCP_sport: “I signed a two-year extension in Janaury but there was a relegation clause in the contract that meant it became void if either party wanted if we were relegated.

“The club said I would have to take a wage cut but that they would would work with us to find a solution and said they wanted to keep me.

“Then I took a phone call to say they wanted me off the wage bill and then I got a letter in the post. I’m assuming Barry didn’t want me because it was after he took the job that they seemed to change their mind.

“That’s fine but I thought I might get a phone call from the manager to tell me.

“I’m disappointed at the way it ended. I didn’t want to leave on those terms, first relegation and then being let go that way.

“But I’m looking at it in a really positive frame of mind, as a positive challenge, and I’m delighted to get things sorted with Dumbarton.

“Stevie Aitken was determined to get me and is really ambitious and when someone makes you feel wanted it’s a good feeling.”