HEARTS stalwart Don Cowie is adamant the Jambos are right to demand a £1 million windfall for Jamie Walker as he insisted another campaign at Tynecastle could be his gateway to the Scotland squad.

Rangers have stepped up their chase for the want-away playmaker this summer, with a latest bid of around £600,000 thrown out by the capital club.

Walker, 23, has told Hearts he will not sign a new deal and, with his contract due to expire next summer, the Gorgie outfit are willing to listen to offers for the player, who is also attracting interest from south of the border. 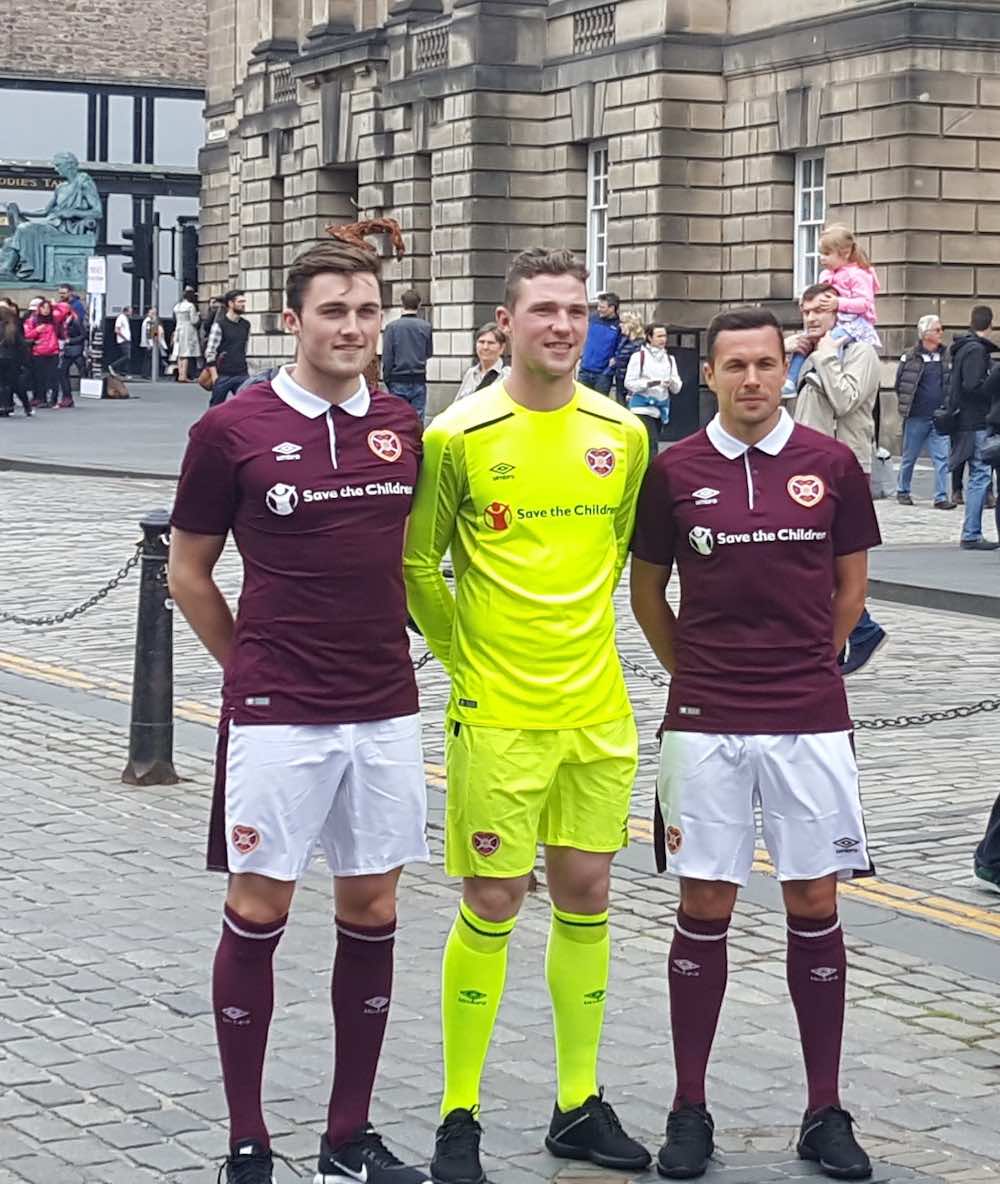 Nevertheless, they are unwilling to let him go on the cheap and, while head coach Ian Cathro this week suggested his true value was closer to £3 million, they will at least demand seven figures.

Walker is understood to be keen on a switch to Ibrox, but he was back on Hearts duty yesterday as the players underwent fitness tests.

Speaking as Hearts launched their new Umbro home kit on the Royal Mile in Edinburgh yesterday, Cowie said: “Jamie’s our player right now. The club has made a stance with the value that they see him at.

“He had a fantastic three-quarters of a season last year. There weren’t many better in this country than him in the area he was playing – give or take Celtic players – in terms of end product and goals.

“He was fantastic and it is only right that the club want what he is worth. We have made a firm stance.

“What’s important for Jamie is that he does it throughout a season. If he does that, that’s when you can start talking about Scottish recognition because he has the ability to do that.

“He is a Hearts player and that’s all that matters right now. He needs to do the best for the club and, until such time that changes, there’s not an issue.”

And Cowie, capped 10 times for Scotland, reckons Walker CAN realise his international aspirations by carrying out a shock u-turn and staying at Tynecastle.

Cowie continued: “It can only be helped by the fact Christophe Berra is here, an established part of the national side, maybe more people will watch Jamie.

“I don’t see why another season at Hearts can’t get him in the Scotland squad.

“It is up to him to keep playing well, improving and add consistency to his game. Who knows what could happen for him.”

While Cowie reckons the arrival of Berra could aid Walker, that is nothing compared to the impact he believes the “marquee” arrival will have on the rest of the squad.

He continued: “I played against Christophe at Ipswich. He was eight years in England and did very well. He played in the Premiership for a number of years and it’s not like he has not been playing – he has been out there every week in the Championship.

“You saw him last week against guys like Harry Kane for England. He is still fit as a fiddle and ready to compete against the best strikers. It’s a massive signing for us.

“It is a marquee signing. He has had a great career in England but sometimes family situations dictate where you want to go. Fortunately for us, we ticked all the boxes for him.”

Although Hearts’ ranks have been bolstered by Berra, Cole Stockton and Rafal Grzelak, Callum Paterson has exited the club for Cardiff and Sam Nicholson was last night on the cusp of a stunning move to America with Major League Soccer outfit Minnesota United.

As a former Bluebird himself, Cowie reckons Paterson will be a star south of the border – while he cannot wait to keep tabs on Nicholson’s adventure across the pond.

He added: “I think Hearts are quite unique in the sense that you get your chance early. It’s not like they are in their early 20s but have not played much football. Callum must have about 150 games and is ready to move on, maybe Sam is the same.

“Cardiff is a great city and great move for Callum. He is ready to move on, challenge himself and I think he is just perfect for English football. He’s an attacking full-back, powerful and quick.

“And Sam is a likeable guy who socialises with everyone and gets on well with everyone, so I don’t think he’ll be intimidated going to a new dressing room; a new country. I’ll be looking on from afar hoping that he does really well.”