The 22-year-old was freed by Easter Road head coach Neil Lennon earlier this summer after only making eight appearances during the Leith outfit’s Championship-winning campaign. 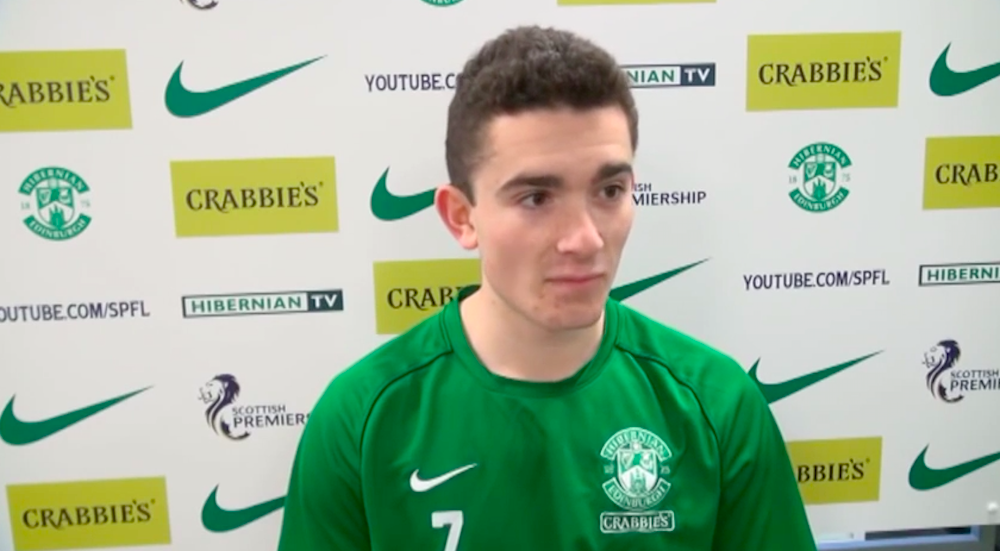 Harris made his Hibs debut in October 2012 and is best remembered for inspiring the Edinburgh club to a 4-3 Scottish Cup semi-final victory over Falkirk later that season after the team had trailed 3-0.

The attacking midfielder, who has also spent loan spells at Dundee and Queen of the South, is now hoping to kick-start his career under Houston at Falkirk.

He said: “The manager here has told me he believes in me and has confidence in me, and has shown that by bringing me in – which is great.

“I am now here and keen to prove that he was right to sign me and repay that faith he’s shown in me.

“It’s all about playing. Last season was frustrating with injuries but obviously with the boys at Hibs winning and playing well it was hard to get in the team.

“It’s good to get the move done and dusted and I am really looking forward to getting started.

“It’s great to meet the manager and everyone around the place has made me feel so welcome already.

“Falkirk have always been a tough team to play against, I know the stadium well and the surroundings.

“I know James McDonaugh from his time at Hibs and a few of the boys having played with them before too.

“I’ve been keeping fit throughout the summer so now it is all about working hard and making a good start to pre-season.”

Bairns manager Peter Houston, who has already signed goalkeeper David Mitchell from Dundee, said: “I am really pleased to secure the services of Alex for the next two years.

“He is a player who has massive potential and I know will be keen to hit the ground running come pre-season.

“He made a big impact when he first broke into the Hibernian team and impressed me anytime we played against him while he was on loan at Queen of the South.

“He already has a good relationship with James McDonaugh from their time together at Hibernian so he is a player that, as a coaching team, we have good awareness of.”