How Has the Weakened Post-Brexit Pound Affected London’s Property Market?

London’s property market is one that holds a ridiculously high value – thought to equal the annual GDP of Brazil (which is the ninth biggest economy in the world).  Known to those who want or need to live in the capital for its high prices – both for renting and owning property – London is a place where a drop in property prices may actually be very good news for a lot of people, but of course, bad news for those who have already invested. 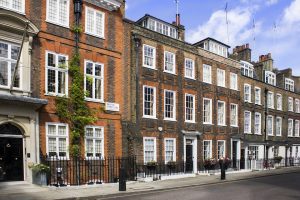 Prices Falling in The Capital This Spring

UK wide, prices have slowed down somewhat since the Brexit vote last year, and London is no exception. In April 2017, the average house price was down 1.5 percent, according to data from Rightmove, although this still left the average property price at a fairly terrifying £636,777. This is the most significant drop since May 2009, when the economic crisis was causing effects, and according to London estate agency Savills, in the most expensive central London market, prices are 13 percent lower than they were in 2014.

Of course, the only people who can buy property in the prime central London boroughs are those who are wealthy, and those buying to let as an investment. It seems wealthy buyers are actually taking their money elsewhere, with some other regions of the UK seeing their housing markets strongly outperforming London’s – including in Wales. It is possible that concerns around the financial services industry (which employs most of London’s highest earning professionals) after Brexit is making high earners reluctant to commit to buying property in the current London market. Buyers looking to let may also have been in decline because of tax changes to profits on rental properties.

Although the pound depreciating since the Brexit referendum is generally a bad thing for the British economy, it would usually have the pleasant effect of making it cheaper for foreign investors to buy property in the UK, with their own currency going further against the pound. Anyone who stays on top of forex news will know that the pound, despite recovering somewhat this year, has never really gained back the value it had before the referendum.

However, this has not really been the case. International property buyers have greater exposure to capital gains and inheritance taxes, and may also, if they are from the EU, be concerned about their eventual right to live in the UK after Brexit is effected, which may well be stopping them from taking advantage of the pound and falling property prices.

As it stands, it looks like now really isn’t a great time to sell if you own London property, however the falling prices may signal the beginning of the end of the London housing bubble, and may even mean that it will be easier for people based in the capital to get on the property ladder in the future.